When will the COVID-19 outbreak peak? Experts weigh in 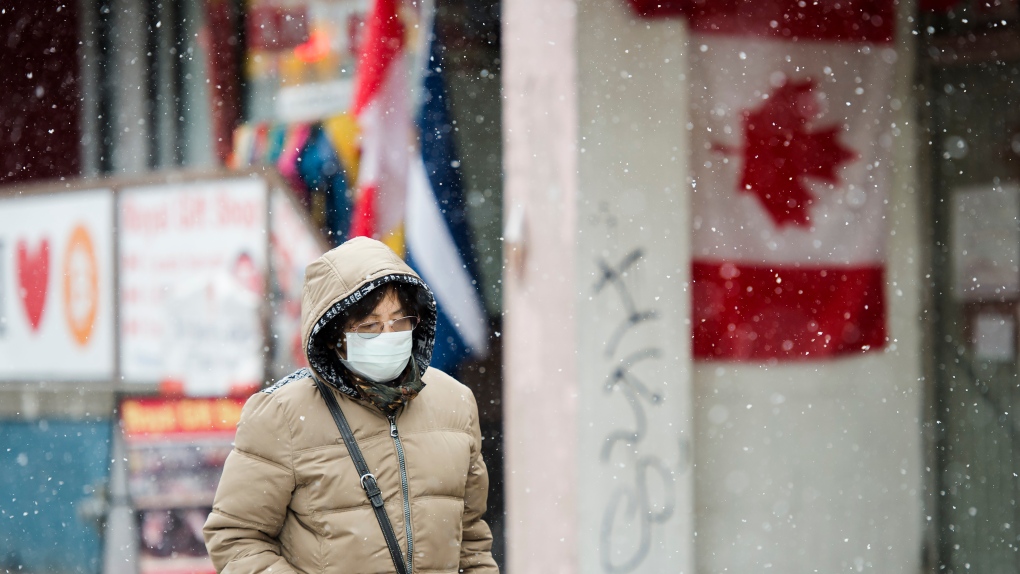 A pedestrian wears a protective mask as she walks in the winter weather downtown in Toronto on Wednesday, February 26, 2020. THE CANADIAN PRESS/Nathan Denette

TORONTO -- As a growing number of countries around the world confirm more and more cases and deaths from COVID-19, the impact on people’s lives and its economic fallout is being increasingly felt, prompting questions about when this global outbreak will peak.

Experts who spoke with CTVNews.ca say it is too early and there are too many variables and interpretations in the data to make a definitive prediction, but there are factors health officials look at that can help shed some light.

“Deaths are bullet proof - there’s no vagaries and uncertainty about severity of illness,” Dr. Neil Rau, a Canadian infectious disease specialist, told CTVNews.ca. “As the number of deaths start to wane, you have an idea that an outbreak’s coming under control.”

There is significant variation in how cases are interpreted or even counted from country to country, said Rau, noting there is no universal standard for defining and tracking cases.

It has been nearly two and a half months since doctors in Wuhan, China first noticed cases of pneumonia with an unknown cause. Thailand, Japan and South Korea reported its earliest novel coronavirus cases less than three weeks later. Fewer than 300 cases and six deaths were reported when the World Health Organization (WHO) issued its first situation report on Jan. 20. Today, those figures stand at nearly 113,600 cases and almost 4,000 deaths spread across 111 countries and regions.

It has taken China roughly eight weeks to show signs that the outbreak has peaked, but numerous other countries are only beginning to see an increase in cases and deaths.

“What I can say is, we don’t have enough information yet to say how long it takes to peak,” said Rau, who is also a medical microbiologist with Halton Healthcare Servicesin Ontario. Death is a late onset event, and “is the most objective thing to follow in terms of the trend of an outbreak.”

There are other factors that make predictions difficult at this time, including whether climate plays a role. The WHO has refuted this theory, but Rau said there may be a pattern where the number of cases in warmer climates do not pick up steam the way they have in cooler regions of the world, pointing to Singapore and Malaysia, for example.

Another challenge with making accurate predictions is the lack of consistency around the world on who is being tested and how the cases are being counted, for example. Some countries, like South Korea, have aggressively tested a broader population sample, while others have focused only on those with specific travel histories and contacts.

Death rates also vary significantly from country to country. Most of Canada’s cases have come from Iran, which until recently had a high number of deaths relative to reported cases.

“When you start seeing a variation in death rates between countries that’s this great, a big part of it has to be under-testing,” said Rau.

Individuals with extremely mild cases may also go undetected because they do not seek medical attention or the mild symptoms are mistaken for the common cold.

Several Canadian patients acquired the disease from regions in the United States that have not reported a significant number of cases.

“In the U.S. there must be much more disease than is recognized,” said Rau. It was clear that undetected community spread was playing a role, and that individuals with extremely mild symptoms were the most likely culprits bringing COVID-19 into nursing homes, he said.

“What looks like the common cold to you and I -- a non-event-- is a killer disease in a nursing home. We’ve never had a disease like that,” said Rau. “It’s unbelievable.”

Despite the numerous “moving targets,” experts say the outbreak is unlikely to last all year.

But a lot will depend on policies, or “mitigation strategies,”put in place to slow the spread, he said. “It really boils down to human behavior.”

Abdu Sharkawy, another infectious disease specialist who spoke to CTV’s Your Morning on Tuesday, said he believes that using mathematical models are “only helpful in terms of heightening our sense of vigilance and awareness.”

If nothing is done and everyone carries on as normal, the outbreak will likely peak sooner than later-- in the coming weeks to one or two months, Bogoch said. But a more intense and shorter outbreak will also mean more people who may require hospitalization over a short period of time.

“You have a lot of people who need care and quite frankly, you can start to overwhelm your healthcare system. The goal is to not do that,” he said.

Strategies that focus on preventing a sudden and steep rise in cases, such as better hygiene practices and “social distancing,” are important, Bogoch said. Not only will it ensure patients get the care they need because the system is not overwhelmed, but it would also mean fewer cases and fewer deaths overall.

“You essentially don’t want a lot of people to get sick really quick...It might spread out the epidemic a little longer, but it will certainly blunt it."

Sharkawy emphasized that stockpiling supplies and focusing on the numbers is not constructive, and can shift the outbreak into a “panic-demic.” He said that an overabundance of fear can increase the rate of cases instead of slowing it.

“Because people are just overwhelmed with anxiety, and they’re paralyzed by fear, and I think unfortunately it’s causing them to make decisions that are not necessarily rational or helpful,” he said.

Echoing Bogoch, Sharkawy said that taking care of hygiene and avoiding interaction with more vulnerable segments of the population will do more to slow the virus than buying a crate of masks will.

“If everybody in our communities (practised regular handwashing) and did this very diligently, we would have very little to worry about,” he said.