TORONTO -- Scientists in the U.K. believe they have discovered the reason why some people experienced the very rare side-effect of blood clots after receiving the AstraZeneca COVID-19 vaccine.

The findings, published in the journal Science Advances on Wednesday, reveal that a protein found in blood is drawn to a component of the vaccine, which triggers a reaction from the body’s immune system that can result in clots.

The AstraZeneca vaccine, like other viral vector vaccines, uses a safe virus as a “host” to deliver genetic information about the COVID-19 spike protein to the vaccine recipient's cells so that they can build an immune response and create antibodies.

The AstraZeneca COVID-19 vaccine uses a cold virus from a chimpanzee, also known as a chimpanzee adenovirus, as the delivery system. This is because it cannot make humans sick – and, because they have not been exposed to it before, they will not have antibodies against it.

Viral vector vaccines modify the delivery virus so that it cannot spread, they simply delivers the instructions for the body’s cells.

By analyzing the chimpanzee adenovirus used by AstraZeneca with cryo-electron microscopy, which allows for molecular-level details to be seen, researchers found that the adenovirus attracts the blood protein known as “platelet factor 4” to it.

Cryo-electron microscopy involves flash-freezing the study subject and then bombarding them with electrons to produce microscope images of individual molecules. Those are then used to reconstruct the structure of the subject in minute detail. 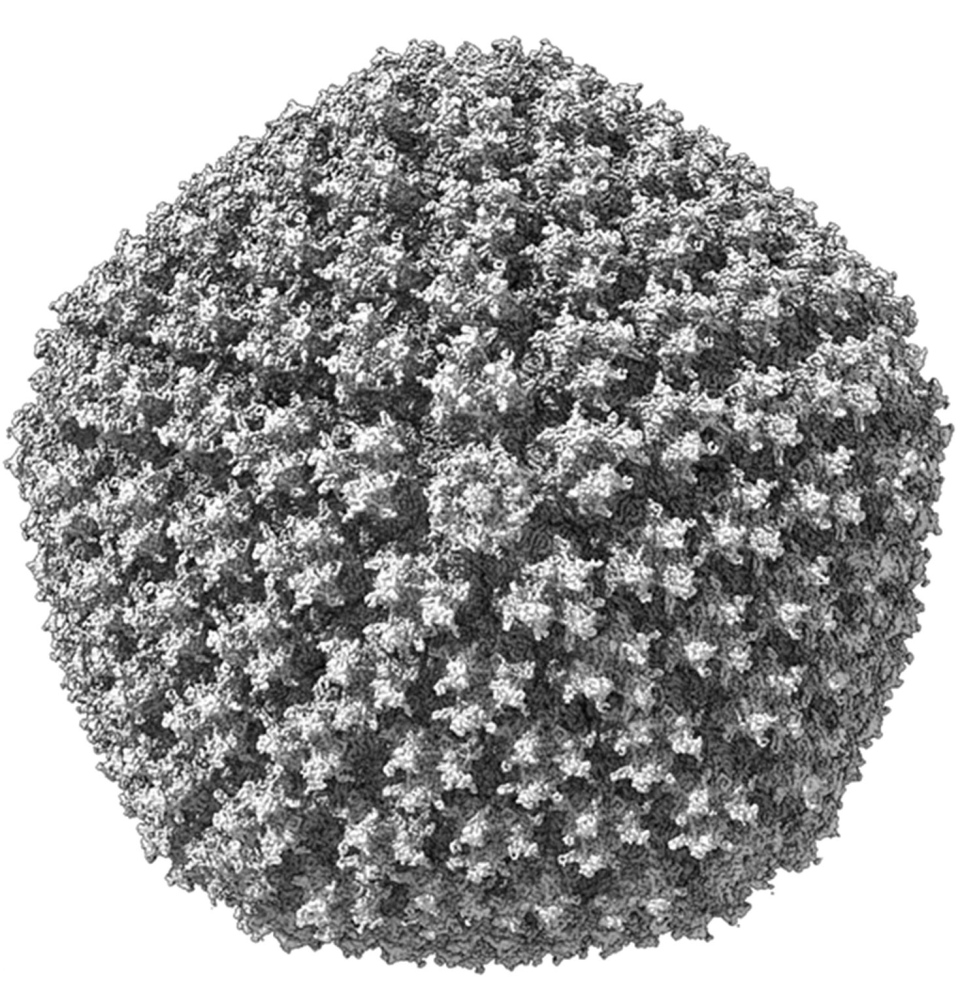 The cryo-electron microscopy image of the chimpanzee adenovirus which delivers the Oxford-AstraZeneca vaccine. (Science Advances Journal)

Platelet factor 4 is implicated in the origins of another clotting event called heparin-induced thrombocytopenia (HIT), which causes changes to the blood that may cause a clot to form in the blood vessels.

Researchers posit that the body begins to attack the platelets that are attached to the adenovirus, after mistaking it as part of the foreign virus. Then, when antibodies are released into the bloodstream to attack, they clump together with the platelet factor 4 and can form a dangerous blood clot known as vaccine-induced thrombotic thrombocytopenia or VITT.

Because that sequence of events in the body is so specific, it may explain why the development of blood clots after receiving the vaccine is such a rare phenomenon.

The U.K. findings echo a Canadian study conducted by researchers at McMaster University in Hamilton, Ont., and published this July in the scientific journal Nature.

Looking at the amino acids of the interaction between the VITT antibodies and platelet factor 4 protein, researchers found eight specific amino acids on the platelet protein that were identical to the binding site of HIT, which they believe could explain the similar patterns in how the blood clots form after vaccination.

However the U.K. study was able to render the highest resolution of the adenovirus used in the AstraZeneca COVID-19 vaccine to date, allowing them to better understand its primary cell attachment proteins and its structure.

VITT has been linked to at least one death in Canada after an Ontario man received the AstraZeneca vaccine in May, and to 73 deaths out of close to 50 million doses of AstraZeneca administered in the U.K.

The Public Health Agency of Canada’s National Advisory Committee of Immunization stopped recommending AstraZeneca’s COVID-19 vaccine as a second dose option after some Canadian recipients reported blood clots in the spring of 2021.

Researchers in the U.K. hope their study findings can be used to improve future vaccines and reduce the risk of blood clots.

Vaccine inequity and challenges in its global distribution

Boosters recommended for those over 50, younger people may also get 3rd shot: NACI

COVID-19 vaccines: Do we really need boosters? Experts weigh in

Timeline of the COVID-19 variants of concern