No students in school without coronavirus vaccine, Philippines says 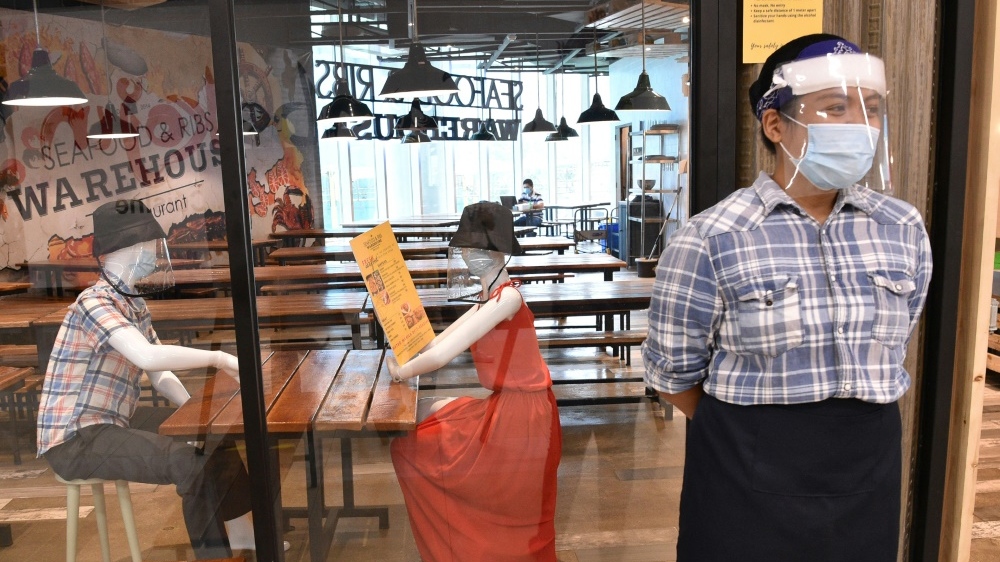 Hundreds of new coronavirus infections are being detected daily in the Philippines despite strict lockdown measures. (AFP)

MANILA, PHILIPPINES -- Tens of millions of children in the Philippines will not be allowed back to school until a coronavirus vaccine is available, officials announced Monday, saying they may have to broadcast lessons on TV.

Nations like France and South Korea began resuming face-to-face classes as they got their outbreaks under control, but Philippine authorities see the risk as too great.

President Rodrigo Duterte said last month that even if students could not graduate, they needed to stay out of school to fight the spread of the disease.

"We will comply with the president's directive to postpone face-to-face classes until a vaccine is available," education secretary Leonor Briones said in a statement on Monday.

Classes are to resume at the end of August and teachers will use distance learning methods via the internet or TV broadcasts where needed, Briones added.

Millions live in deep poverty in the Philippines and do not have access to computers at home, which is key to the viability of online classes.

"The teacher and the school will have to adjust... depending on the availability of communication," Briones said in a press briefing.

There has been little public opposition to the postponement of face-to-face classes in the Philippines, where hundreds of new infections are being detected daily despite early and strict lockdown measures.

Anyone under the age of 21, or anyone who lives with somebody in that group, is generally not allowed outside their home unless they are out getting essentials or headed to work.

Online enrolment for over 25 million primary and secondary students started earlier this month for a delayed start to the school year, which normally runs from June to April in the Philippines.

Scientists around the world are racing to develop a coronavirus vaccine, but it is not clear when a viable candidate will be proven and distributed on a large scale.

One of the contenders is from British pharma giant AstraZeneca, which said last week that it is "on track" to begin rolling out a vaccine in September if ongoing trials prove successful.

Restaurants and malls can reopen in parts of Ontario on Friday, Toronto-area excluded

Is it safe to hug a friend or loved one at this point in the pandemic?

World reports highest number of COVID-19 cases in a single day, WHO says

Is it safe to swim in a pool during the COVID-19 pandemic?

After months at sea, the final cruise ship carrying passengers makes it home

Why you may have 'quarantine fatigue' and how to overcome it