Hong Kong is opening up to tourism -- but is it too late?

Hong Kong is opening up to tourism -- but is it too late? 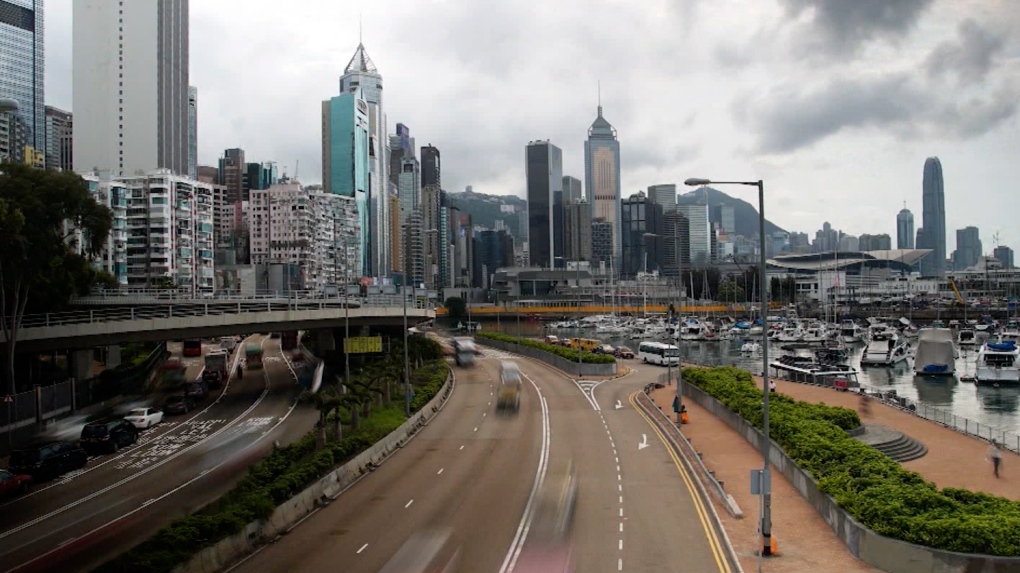 Hong Kong has taken steps in recent days to reopen itself to the world, by first lifting its mandatory three-day hotel quarantine, then announcing a global banking summit in November. (CNN)

Market vendor Mr. Chan gestures around what used to be one of Hong Kong's busiest streets.

"There are no tourists now, whatsoever," he says. Mr. Chan sells silver earrings, necklaces and scarves on Tung Choi Street in Kowloon, which is famous for its robust night market.

The past three years have been harsh on him. He kept his stall open until 10 p.m. before the pandemic, but these days he closes at 7 p.m.

He hopes for swift change with the end of quarantine, which had a devastating effect on businesses that relied on tourism.

Hong Kong has taken steps in recent days to reopen itself to the world, by first lifting its mandatory three-day hotel quarantine, then announcing a global banking summit in November.

Officials hope the move will revive Hong Kong's status as an international business and travel hub, but some locals feel the change may be too late.

The lifting of the quarantine was received with elation by the city's residents, who have endured more than two years of crushing pandemic measures.

At its most strict, Hong Kong's quarantine rules required incoming travelers to spend 21 days in a hotel room paid at their own expense. Only Hong Kong residents were permitted entry.

Those unlucky enough to come from certain regions or countries with high numbers of coronavirus cases could find themselves in a government-run facility.

As a result, travel in and out of the financial hub was at record lows.

Once news of the end of quarantine was announced on Friday, September 30, travel-starved Hong Kongers flocked to book flights online. The city's flag carrier Cathay Pacific set up a virtual "waiting room" to get onto its website, where hold times could easily stretch to 30 minutes.

Though hotel quarantine may be gone, the city still imposes a 3-day period during which visitors are barred from dining in restaurants or going to bars. That and the complicated visiting requirements, which include a pre-flight vaccination certificate and negative tests, may deter potential visitors.

In November, Hong Kong plans to host the International Rugby Sevens tournament, which has been held every year since 1976 except for the past two years. A popular spectacle that drew fans from abroad before the pandemic, it is doubtful how many will brave the border restrictions.

While drinking is allowed, food will be banned at the event. Fans will also be required to wear their mask at all times except when drinking, according to the city's government.

Another cloud hanging over the forecast is the continuing zero-Covid regime in mainland China. In 2019, the last year before travel became heavily restricted, 78 per cent of the city's visitors came from the mainland.

TOO LATE FOR SOME

The government's effort to reopen and promote the city came too late for Maxence Traverse, a restaurant owner who had to shut his business, Honi Honi Tiki Bar, last year.

He says the nine-year-old bar could not survive the 2019 protests and the pandemic. After a six-month hiatus, he opened a restaurant in the city's Tai Hang neighborhood but he is fighting to keep it going, he said.

Traverse's business is one of many in the food and beverage industry that shut down permanently during the pandemic. Some of the city's iconic Cantonese restaurants -- including Mido Cafe, Jimmy's Kitchen and Lin Heung Tea House -- have also closed their doors.

Traverse was greatly upset when he saw an interview with Hong Kong Health Secretary Lo Chung-mau, in which Lo said Hong Kong will continue to open up unless a new Covid variant emerges.

"I cried. Depression. Really hard, that hard feeling. I said, 'Not again.' Nearly third year in a row. You know, it's been tough," Traverse said.

He believes simply reopening the city will not be enough to restore what drew him there 12 years ago.

"We need to be providing excitement for Hong Kong, because right now we lost so many things," he said.