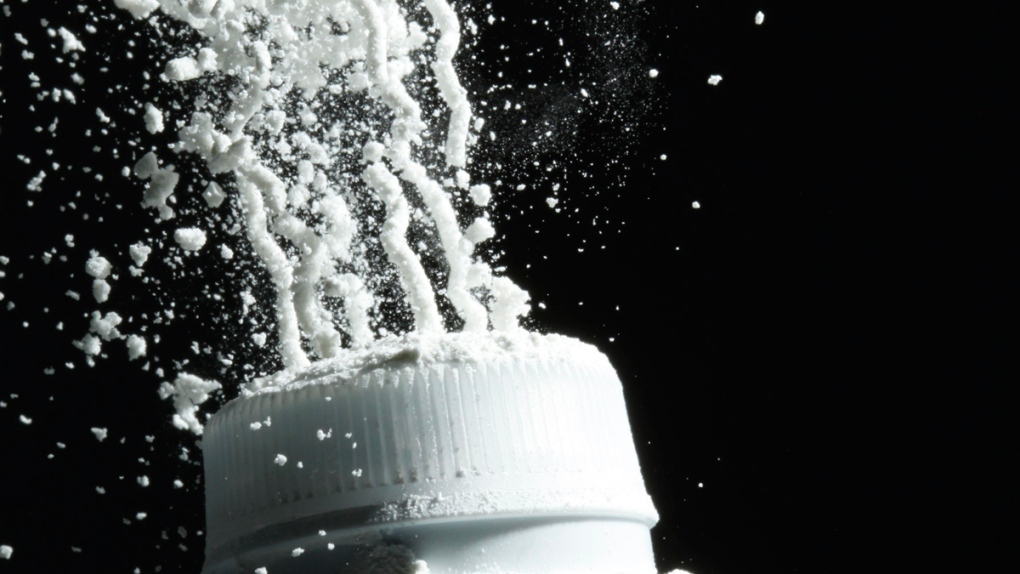 Johnson's baby powder is squeezed from its container on April 19, 2010. (Matt Rourke / AP)

OAKLAND, Calif. -- Johnson & Johnson must pay US$29 million to a woman who claimed its baby powder gave her terminal cancer, a California jury ruled Wednesday.

A Superior Court jury in Oakland found the world's largest health care company mainly liable for Teresa Leavitt's mesothelioma. The verdict said that the baby powder was a "substantial contributing factor" in her illness.

Her suit is one of many that link cancers to asbestos in Johnson & Johnson's talc-based products and contend that the company concealed the health risk for decades.

Requests for comment from the New Jersey-based company were not immediately answered.

Johnson & Johnson is facing some 13,000 similar lawsuits around the country.

The company has insisted that its talc-based products are demonstrably safe but it has lost a string of court cases.

Last year, a Los Angeles jury awarded $25.7 million to a woman who blamed her cancer on the powder.

Johnson & Johnson's stock price dropped nearly 2 per cent after hours on Wednesday before recovering to close at $139.41.