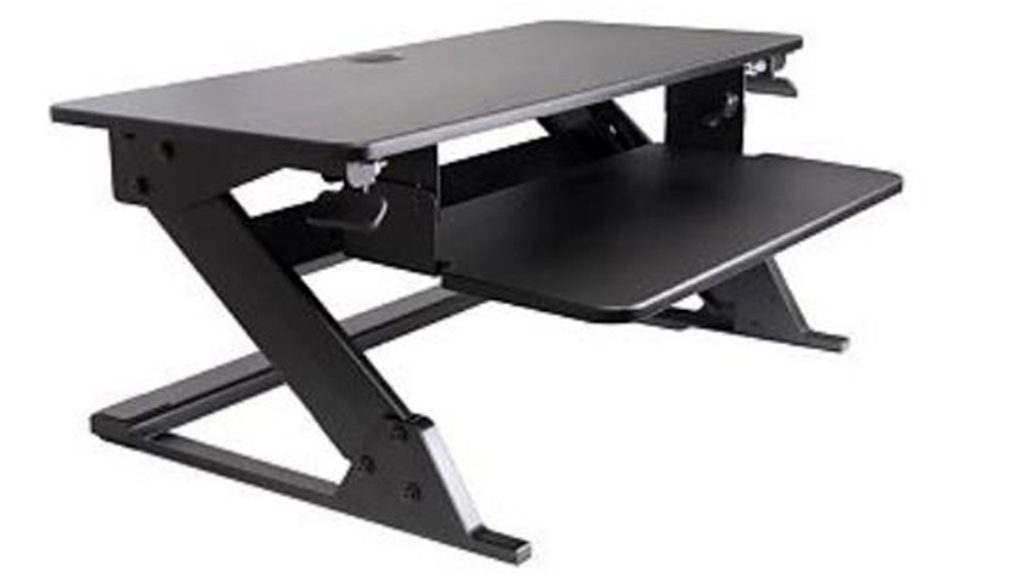 A recall of standing desks distributed in Canada by Knape and Vogt under several brand names covers 4,000 workstations. (Knape and Vogt / Health Canada)

Thousands of adjustable workstations sold in Canada are being recalled because of concerns that they could injure their users.

The recall covers sit-stand office workstations, also known as standing desks, sold under a variety of brand names between October 2016 and February 2019.

Health Canada says the desks can malfunction when more than the recommended amount of weight is placed on the desk, causing internal gas cylinders to discharge and potentially cause impact injuries.

There have been no reports of injuries or damage from this behaviour in Canada, although one discharge in the U.S. damaged drywall.

A total of 76,000 desks are affected by the recall, including an estimated 4,000 that were sold in Canada.

Anyone who has one of the recalled desks can contact Knape and Vogt for a free repair. More information is available on Health Canada's website and Knape and Vogt's website.