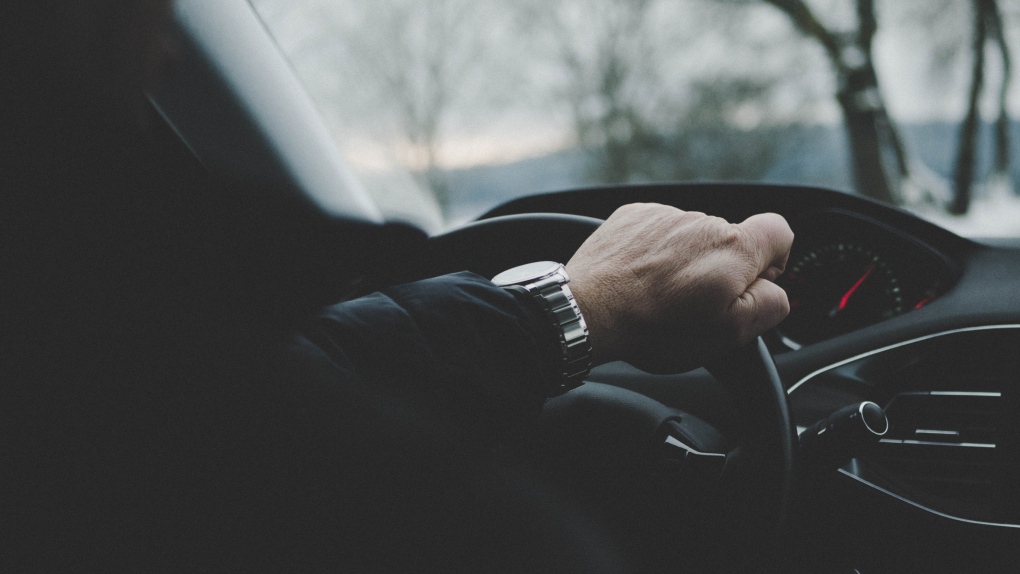 It began with small details, like names and dates, and she developed a habit of repeating herself in conversations.

Garth worried that his mom, Gean – a fiercely independent woman who drove her car around Edmonton – was exhibiting early signs of dementia. If her cognitive abilities slipped, he feared, she might get in a car accident.

What followed was an uncomfortable conversation that many children of aging parents have regretfully experienced. Garth, 57, urged his mom to consider whether or not she should stay on the road, for safety’s sake.

Gean brushed off the suggestion and insisted she was doing just fine.

“You just hope that nothing is going to go sideways,” Garth told CTVNews.ca. “A minor fender bender or backing into a lamppost or hitting a curb – that’s what you hope happens. Not driving through a red light.”

After some persistent prodding, Gean finally agreed to visit the doctor, where she underwent a basic cognitive test.

“She failed that miserably,” Garth recalled.

But the doctor wanted another opinion, so he ordered a second evaluation from a geriatric specialist. The stakes were high: if Gean failed, provincial licensing authorities had the power to revoke her licence.

That test, Garth said, his mother passed “with flying colours,” giving her the official all-clear.

Gean was happy to keep her independence. But it was a frustrating back-and-forth for Garth, and the mixed test results did little to quell his fears.

Those concerns seemed validated when, a few weeks after the test, Gean started to get into minor fender benders around town. Garth was constantly worried that her next accident would be more serious.

Garth felt trapped in an impossible situation. Medical professionals had cleared his mother to drive, but he felt she clearly wasn’t ready.

What else could he do?

Related:
How a refresher course helped me become a more confident driver

There are few child-parent conversations as sensitive as driving retirement. For many seniors, giving up their licence represents the end of independence. For those who live in rural communities, losing the ability to get around town can be intensely isolating and only heightens feelings of loneliness that many seniors develop in their sunset years.

Transport Canada collects data on serious car accidents across the country and releases annual reports, including a demographic breakdown of fatal crashes.

That data shows an alarmingly consistent trend: more seniors have died in traffic fatalities than any other age group across Canada, from 2000 to 2015.

It’s important to point out that those numbers include several groups on the road – drivers, passengers, pedestrians, cyclists and motorcyclists – and do not specifically highlight deaths caused by seniors behind the wheel.


But, when senior drivers are singled out, the same data reveals that, since 2010, seniors have consistently topped the list for most driver fatalities of any age group.

That’s a relatively new phenomenon. From 2000 to 2007, seniors ranked third, fourth or fifth on the list. Drivers between 25 and 34 have historically accounted for the second-most traffic fatalities in Canada, followed by those aged 35-44 and 45-54.

Some analysts have suggested that, as Baby Boomers hit their golden years in the coming decades, deaths behind the wheel could spike.


TOO OLD TO DRIVE?

The data suggests a troubling snapshot of older drivers, but it’s hardly the full picture.

“We have to prepare for driving retirement.” – Dr. Shawn Marshall, Candrive

Dr. Marshall’s team determined that the vast majority of the drivers were considered “very safe.” Many self-regulated their driving habits and were careful to avoid precarious situations, like driving after dark.

But age can play a factor on the road, Dr. Marshall said. And pre-existing health issues could make seniors more vulnerable to serious injury or death in a crash.

“If older drivers are less safe, it’s likely due to health reasons. Those health reasons could be multiple in their presentation,” he said, citing both cognitive and physical changes related to aging.

Dr. Marshall also has doubts that aging Baby Boomers will mean a swell of dangerous drivers on the road. Most Baby Boomers reached adolescence in the 1960s and 1970s, a time when driving was becoming more common for teenagers.

It’s just a hypothesis, but Dr. Marshall said the lifelong driving experience of Baby Boomers could set them apart from the previous generation – but that requires closer study.

Regardless, Dr. Marshall said more needs to be done in Canada to prepare seniors for the period of their life when they can no longer drive.

“We have to prepare for driving retirement,” Marshall said. “There are important decisions that need to be made, just like financial planning.”

If seniors aren’t inherently bad drivers – or, on the flip side, they’re quite capable on the road -- the fact that they account for so many traffic fatalities is still cause for concern.

But catching at-risk drivers and taking them off the road before an accident is a steep challenge. As Garth learned first-hand, it can be difficult for doctors to conclusively spot the signs that could lead to a car accident.

To make matters trickier, no two provinces or territories have the same regulations on monitoring and re-testing drivers as they age – a fact that some researchers have described as Canada’s patchwork system.

For example, doctors and optometrists in Ontario are required by law to report a patient to the Ministry of Transportation if they think they have a medical condition that impairs their ability to drive. In Alberta, anyone – including concerned family members or fellow drivers -- can file a complaint to Alberta Transportation about a driver’s fitness on the road.

At the moment, Canada doesn’t have a national standardized test to gauge whether or not a driver has the cognitive faculties to be behind the wheel.

But at least two tests have been developed that could fill that void. One is already in place, while the other is set to be unveiled soon.

Developers behind both tests see them as part of the solution: a unified approach to spotting cognitive issues among aging drivers and addressing safety concerns before an accident happens.

Part two of this story looks into two science-based tests that could change the way senior drivers are screened in Canada. As well, we’ll explore how to prepare for driving retirement.

Driving Series: Related Stories
• How a refresher course helped me become a more confident driver
• Made-in-Canada solutions to seniors dying on the roads
• How advanced driver training can make anyone a better driver
• 10 tips from the pros to improve your driving right now
• How new safety technology might actually be making our driving worse
• Driver’s quiz: Put your driving IQ to the test
• Why driverless cars are further off than we think
• Can you train your brain to drive longer into your golden years?