How new safety technology might actually be making our driving worse

How new safety technology might actually be making our driving worse 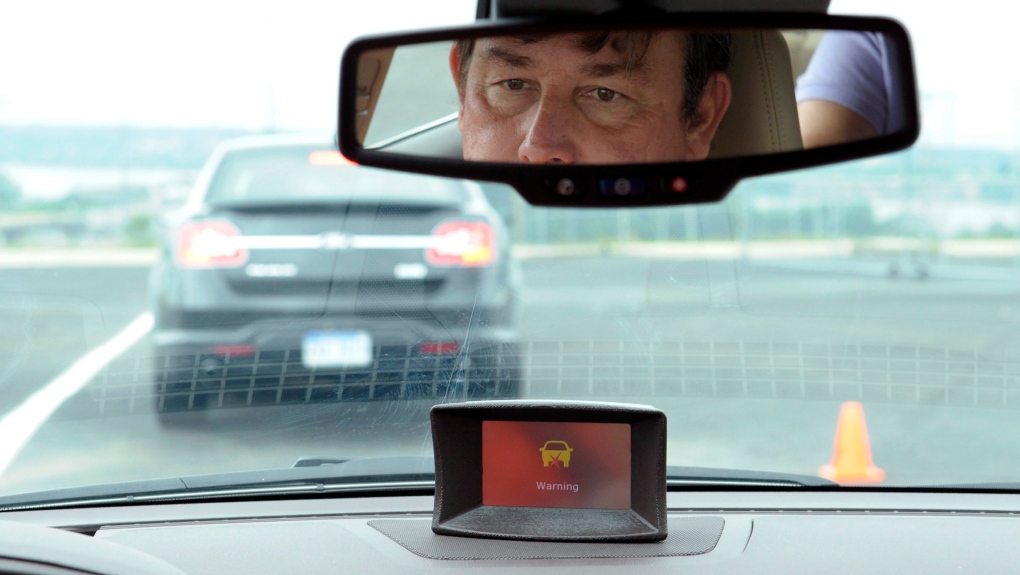 By May of this year, all new cars and small trucks sold in Canada will need to be equipped with rear-view cameras. And by 2022, automakers have vowed to make automatic braking standard too.

Both are terrific advances for road safety, with plenty of research showing both these technologies reduce crashes and injuries. And to many drivers, these technologies are exciting indications that fully self-driving vehicles are not far off.

But realistically, it will likely be decades before anyone can step into a vehicle, pull out a book, and expect the car to drive us home. That day might not even arrive during our lifetimes.

In the meantime, what we have at the moment is myriad “driver assist” technologies -- and a generation of drivers mistakenly believing these tools completely protect them.

Rather than making us safer, though, these new features may be causing more problems than they are solving.

“Some drivers think they’re being told they have nothing to fear and so they stop respecting the road.” — Sean de Jager

Driving instructor Shaun de Jager, who has been teaching road safety and advanced driver training in the Toronto area for more than a decade, doesn’t mince words when asked what he thinks about the many driver assist features that have emerged on the automotive scene in the last decade.

“The new technologies are making drivers worse,” he says.

“They’re making (drivers) more complacent because they are drinking the marketing Kool-Aid about the safety features. They’re told, ‘Your car can do this, your car can do that, so if you miss something, the car will do it for you.’ Some drivers think they’re being told they have nothing to fear and so they stop respecting the road. All the technology is taking the respect away.” 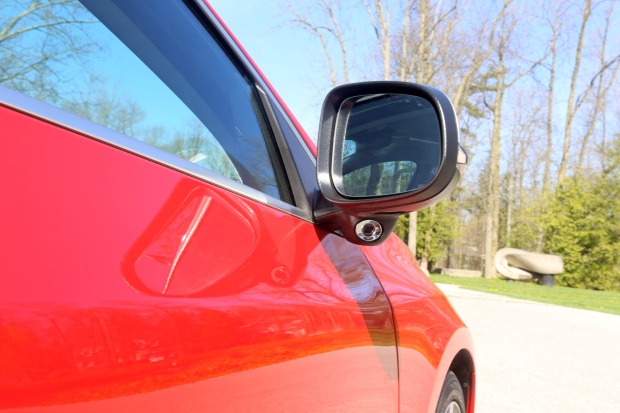 One feature De Jager particularly dislikes is the blind spot warning system that is becoming increasingly common in new vehicles. The system uses sensors to detect hazards such as vehicles in the driver’s and passenger side blind spots, and alerts drivers with audio warnings or steering wheel vibrations.

“I’ve actually had someone say to me -- and I kid you not: ‘I love that feature because I can keep texting’,” he reports.

Geoff Fernie, the director of the iDAPT (Intelligent Design for Adaptation, Participation and Technology) Centre for Rehabilitation Research at Toronto Rehab, says researchers at his labs and elsewhere are finding that some driver assist features aren’t leading to better drivers at all.

“We are concerned about some of the new technologies,” he said, pointing to problems with lane departure warning systems as well.

“In the people we tested, the lane-keeping skills of drivers (using a driver simulator) dropped with the introduction of lane assist,” he said.

Backup cameras don't “tell you what's coming from the side or elsewhere. You still need to look around.” — Geoff Fernie, iDAPT director

Simply put, the studies found that as drivers got accustomed to the technology, they got lazier, and even began to take more risks, drifting more out of their lane, seemingly confident the safety feature would step in if really needed.

“That fits in with the evidence that is coming out that finds that cars with lane-keeping technology tend to be involved in more accidents that involve lane-keeping.”

This idea that drivers will drive less carefully if they know their vehicles are equipped with safety features is nothing new. Driving researchers have debated the theory of “risk compensation” for years.

The theory states that people tend to unconsciously adjust their driving if they feel they are more protected. Some studies have found, for example, that when drivers are aware they have ABS (anti-lock brake systems), they tend to drive faster, follow closer and brake later.

Others dispute the “risk compensation” idea, saying it’s unlikely drivers deliberately calculate how much riskier they can drive to compensate for added safety features.

Still, Fernie worries that drivers with rear-view cameras -- which will become mandatory next spring in all new cars -- will tend to stop doing circle checks of their car before backing up and will simply watch the dashboard screen. That’s despite warnings from the automakers that even the cameras have blind spots.

“We already know with back-up cameras, people soon start backing up just using the backup camera image. But the image doesn’t tell you what’s coming from the side or elsewhere. You still need to look all around,” he says. 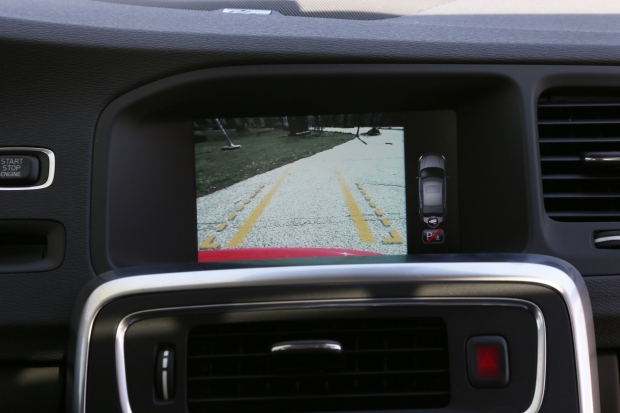 Do drivers understand their safety features?

Robyn Robertson, the president and CEO of the non-profit Traffic Injury Research Foundation, says it’s not surprising many drivers are confused about the limitations of the newer driver assist technologies, given the pace of technology change in recent years.

For decades, she says, drivers really saw no fundamental changes in their vehicles. When they bought a new Honda or Ford, for example, there might have been a few improvements from the last model, but it was still basically the same vehicle.

In the last 10 years, though, the driving experience has changed significantly. Most new vehicle buyers today will find an array of features and systems they likely hadn’t even heard of a decade ago.

Robertson says she worries that drivers are hearing so many news reports about self-driving cars, such as the cars being developed by Tesla and Google, they think many of the technologies are already standard when in fact, vehicles that are fully -- or even partially -- self-driving are still years away .

Robertson says it’s the responsibility of everyone -- from vehicle manufacturers to dealerships -- to educate drivers of limitations.

“Manufacturers definitely have a responsibility to get the message out in their materials about how their safety technologies work and what their limitations are,” she said, adding that she believes that’s already happening.

Owner’s manuals are clear about what technologies, like brake assist, can and can’t do.

“The challenge with the handbook, of course, is that many drivers don’t read it,” she said. “Or they don’t read it until something happens, and that’s not really when you want to be learning about your safety features.”

Sales staff at dealerships are well-placed to explain driver assist technology. But one small study from MIT’s AgeLab found they often aren’t doing so.

More than 30 per cent mistakenly believed their cars were so advanced, ”they can pretty much drive themselves.” — 2017 NSC survey

Just six of the 17 sales associates were able to give “thorough” explanations of the features they were selling. The researchers concluded that without dealerships walking new buyers through their vehicle’s features, “consumers may remain under-informed or misinformed about the disruptive safety technologies that are rapidly being introduced across the vehicle fleet.”

But Robertson says there is one more piece of the puzzle involved in teaching drivers about how safety features work: drivers themselves. All new buyers need to make sure they understand how their vehicles’ features operate before they drive their vehicles off the lot, and take the time to really listen to dealership staff explain it to them.

“In the excitement of buying a new car, many drivers are not interested in learning about how the safety features work,” she said. “...So our challenge now is to engage drivers to understand their cars.”

Most of the new technologies have the potential to slash collision rates -- but only if drivers actually use them. And that may not always be happening.

A 2017 survey from the National Safety Council in the U.S. found 37 per cent of drivers with features such as blind spot monitoring and lane departure warnings reported they preferred to shut off them off because they found them “confusing,” “irritating” or they were issuing “too many false alarms.”

That same survey found that 61 per cent of respondents also wished they understood the technology better and wished there were more materials available so they could learn about the features.

Another finding from that survey? More than 30 per cent mistakenly believed their cars were so advanced, ”they can pretty much drive themselves.”

Clearly, there are many drivers who are confused by or uninterested in learning about the latest safety features. That’s in part why the Traffic Injury Research Foundation created a website called BrainOnBoard.ca with funding from Toyota Canada, to help Canadians learn more about safety technology and its limitations.

Vehicle safety researchers at the National Safety Council and the University of Iowa have also created a website, cheekily entitled MyCarDoesWhat.org, to help drivers understand the safety features, and what their limitations are.

With many driver assist safety technologies now becoming standard, and with full self-driving vehicles still a long way off, the onus is on drivers to get to know what their vehicles can and can’t do, remembering that even the best-designed vehicle can never replace the basics of safety all drivers learned in driving school.

Driving Series: Related Stories
• More seniors dying on Canadian roads than any other group
• How a refresher course helped me become a more confident driver
• Made-in-Canada solutions to seniors dying on the roads
• How advanced driver training can make anyone a better driver
• 10 tips from the pros to improve your driving right now
• Driver’s quiz: Put your driving IQ to the test
• Why driverless cars are further off than we think
• Can you train your brain to drive longer into your golden years?