Driving instructor Shaun de Jager hates the term “car accidents.” That’s because most accidents are not “accidents” at all; they’re collisions that were most likely by some kind of driver error or inattention.

Even if you’ve never crashed or been pulled over by the police, it’s always a good idea to find ways to stay sharp and improve your driving. Here, de Jager and other road safety experts offer their tips for how to stay on top of your driving game.


1. Tidy up your sloppy habits

Remember all those rules you had to remember for your driving test? Coming to a full stop at stop signs? Signalling every turn, even in reverse? We often let these good practices slip as the years pass, but some of those rules aren’t just good tips; they’re the law. 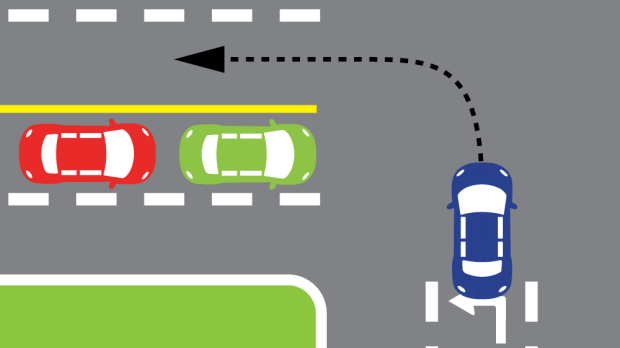 So go back to the basics. When making a left turn, for example, enter the left lane on the street you turn onto; it’s the law.

When you change lanes, signal. Every time. When turning right, don’t cut the corner but make the full turn. If you want to be a better driver, remember the basics because they work. 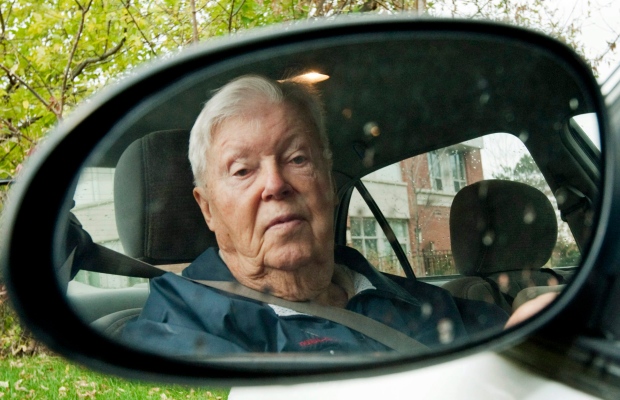 Most drivers adjust their side mirrors so they can see the edge of their vehicle.

But that area of your vehicle is already visible with the rear-view mirror. Instead, sit at the steering wheel and place your head against the driver-side window and set the mirror so you can just barely see the edge of your vehicle.

For the passenger-side mirrors, tilt your head over the centre console and again adjust the mirror so you can just barely see the side of the vehicle.

With the mirrors in these positions, you’ll greatly reduce your blind spots. It’s impossible to eliminate all the blindspots and checking over your shoulder before turns and lane changes is still a must.

And don’t forget to use those mirrors. Experts say that by glancing at the mirrors every five seconds, a good driver maintains a sense of what’s going on around your vehicle long before you plan any lateral moves.

3. Avoid being blinded by high beams 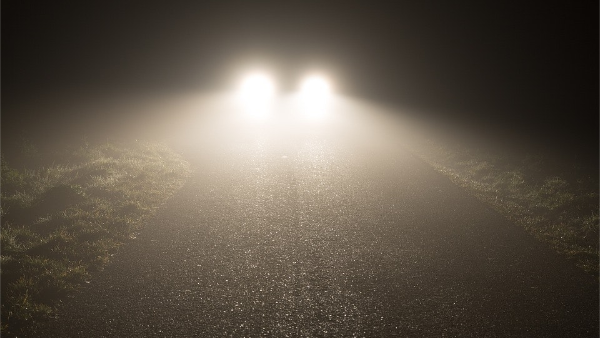 When driving at night towards on oncoming vehicle that has failed to dim its lights, instead of staring into the high beams, look to the right side of the road and follow the painted edge line, recommends the CAA.

You should also keep your low beams on when following another car, to avoid blinding the driver ahead of you. You should only really use your high beams when driving on rural roads or when you're on open highways away from urban centres.

Some more of CAA's tips for driving at night:


4. Use the S-turn manoeuvre in left-hand turn lanes

When turning left, most of us pull into the dedicated, offset left-turn intersection and begin turning our wheels to the left.

This is a big no-no; our wheels should be pointed straight ahead to avoid being rammed into oncoming traffic if hit from behind. Instead, when entering an intersection from a left-turn lane, make a move far to the left (typically about an extra 9 to 12 inches), then straighten out and point your wheels straight ahead, while you wait for a break in the oncoming traffic. 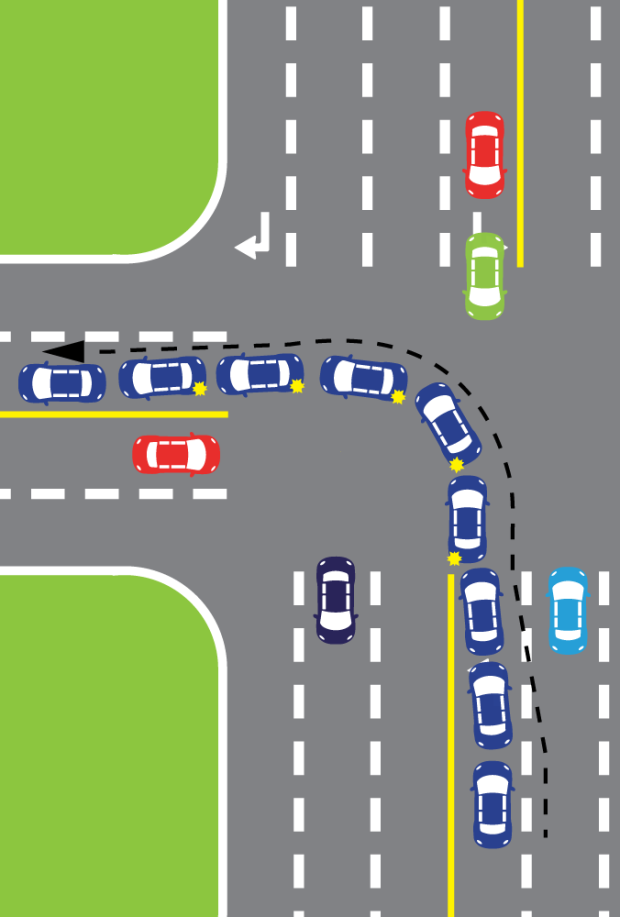 This only works if there’s another dedicated offset turn lane on the other side of the road, and gives you a clear view of oncoming traffic beyond any cars that might be waiting in that lane. 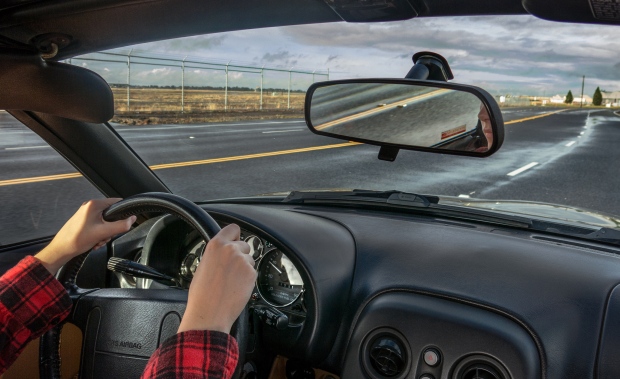 Many drivers tend to stare at one thing for several seconds as they head down highways or long straight roads,and typically that thing is the vehicle ahead of them.

That can lead to something called target fixation, says driving instructor Shaun de Jager, which could prevent you from realizing you’re getting closer and closer to that vehicle.

Instead, practice checking your rear-view mirror every 5 seconds and scanning all the other cars on the road instead of just straight ahead. 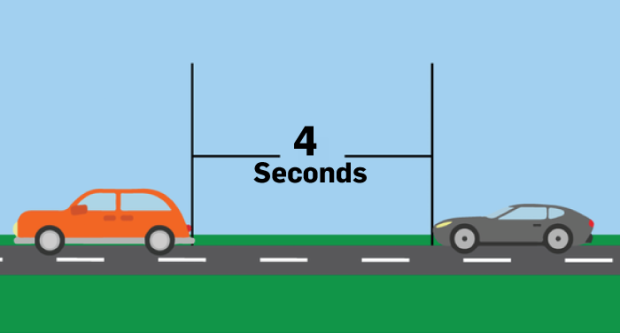 Many drivers are told to keep two car lengths between them and the car in front, a good-weather tip. But de Jager says a better tip is to leave at least four seconds of space between you. (So when the car in front passes a marker, time how long it takes for you to reach that marker.)

De Jager says most drivers leave only 0.8 seconds of space between them, which is not enough time to stop if that car has to suddenly hit the brakes.

De Jager says he used to think he couldn’t leave four seconds of space during rush hour, assuming others would sneak in. But he vowed to try it every day for a month, and found that even along Toronto’s busiest highways, he could leave the space and not have his trip delayed. What’s more, he saves his brakes, because he almost never has to touch them. 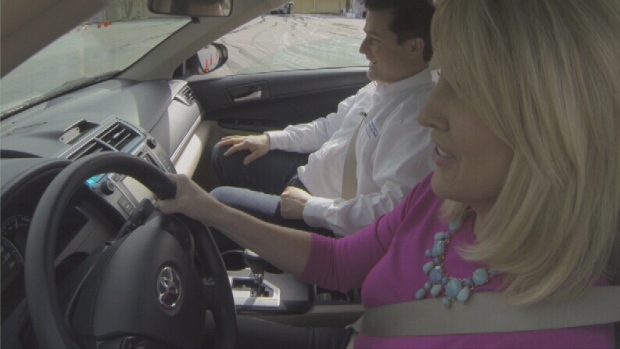 Most of us take one driving course in our teens and then don’t think about it again until we turn 75 or 80. But, the rules of the road and cars themselves can change a lot over the years. Many of us also we develop bad habits we may not realize are putting us in danger.

De Jager says he would like to see all drivers take a driving refresher course every 10 years to keep their skills sharp. He’d also like to see more driver testing; if truck and bus drivers need road tests every five years, every 10 years for the rest of us seems reasonable to him.


8. Get to know about your car's safety features 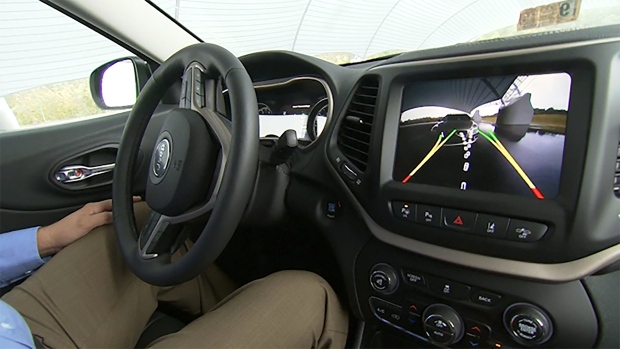 Many drivers don't understand the limitations of safety features.

Think ABS will shorten braking distance? It won’t. Think braking assist will step in if they’re not paying attention? It’s far from foolproof.

Even rear-view cameras have plenty of blind spots, but many of over-rely on them, and some never learn how to use them all.

Want to understand your car’s features and its limitations? Head to MyCarDoesWhat.org.

Roundabouts, with their continuously moving traffic and lack of traffic lights, can be daunting at first. But they are deceptively simple to master. Here’s how: 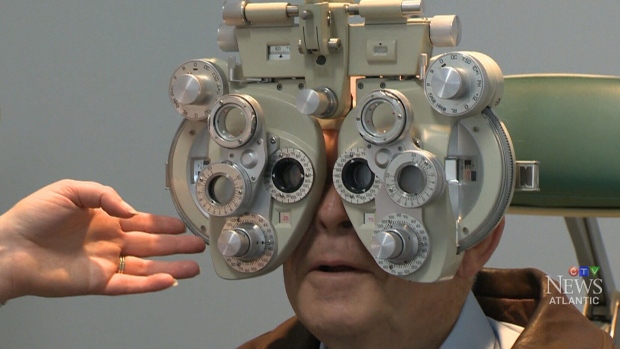 Everyone’s vision changes as they age, but often, those changes are hard to notice.

The Canadian Ophthalmological Society says those who use glasses should get a vision check at least once every three years, and then annually after age 60.

Even those who don’t need glasses should get vision tests regularly. An optometrist can ensure prescriptions are correct, while checking for eye conditions such as cataracts. Some eye problems can impede our driving, but the good news is many are also correctable.

Driving Series: Related Stories
• More seniors dying on Canadian roads than any other group
• How a refresher course helped me become a more confident driver
• Made-in-Canada solutions to seniors dying on the roads
• How advanced driver training can make anyone a better driver
• How new safety technology might actually be making our driving worse
• Driver’s quiz: Put your driving IQ to the test
• Why driverless cars are further off than we think
• Can you train your brain to drive longer into your golden years?