Think you’re a great driver? Why you probably could use a refresher

How advanced driver training can make anyone a better driver 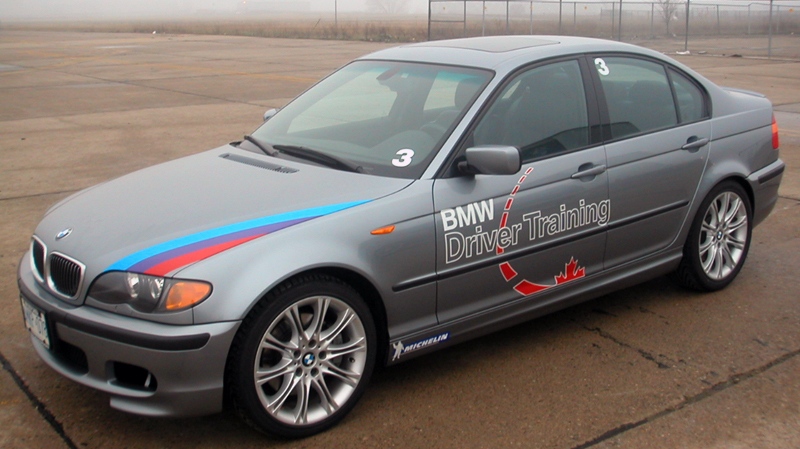 Studies have shown that most of us think we’re better-than-average drivers (despite the fact we can’t all be), based on our ability to avoid accidents – or at least, big accidents.

But even if you’ve never had a crash, most drivers could benefit from a refresher course to break you of bad and risky driving habits, says Shaun de Jager, a Toronto-based licensed driving instructor and road safety specialist.

“Every driver thinks they are a better driver than they are. But no matter how good you are, you can always improve,” he says.

And yet, he says, it’s mostly women who come to ask for help with their driving. In fact, he could probably count on one hand the number of men who have taken a driving refresher course with him voluntarily.

“We often look only 15 metres ahead, so that by the time you see something, it’s too late.” — Sean de Jager, road safety specialist

De Jager believes most drivers don’t realize when they’ve developed bad habits. If it were up to him, all drivers in Canada would take a refresher course every 10 years or so.

After all, if bus and truck drivers need to undergo a road test every five years, surely asking regular drivers to brush up their skills once a decade would make for safer roads, too.

• Warning signs: How to tell if you need help
• 10 tips from the pros to improve your driving right now

If it were up to de Jager, all drivers in Canada would take a driving refresher course every 10 years or so. But instead, drivers often don’t come to him until they’ve already had an accident and they are being asked by their local ministry of transportation to undergo a road test.

By then, they’re worried they don’t have the skills to pass the test -- and with good reason: many of us would have trouble passing a road test again.

Not only have the rules likely changed since most of us took driver’s ed -- if we took it at all (most provinces still don’t require it) -- we all develop sloppy habits that wouldn’t pass muster during a road exam.

“Many have developed their own habits that are hard to break. Many are also not familiar with new regulations, so our job is to get them used to new rules.”

There’s more to passing a road test -- and good driving in general -- than simply not breaking the rules. A driver who drives too slow will fail the test -- and that’s a big error seniors often make, she says. Waiting too long at a green light could also mean a fail, as would being too cautious and impeding traffic.

The good news is that most fears and poor habits can be fixed with just a few sessions of a driving refresher course.

De Jager says the most important skill he teaches students is how to scan for signs of danger on the road. Many drivers get in the habit of staring straight ahead instead of scanning all parts of the road, their mirrors, the road well ahead.

“That’s a huge one; more drivers need to be able to do that,” he says. “We know we’re supposed to (be scanning) and we think we do, but we often don’t. We often look only 15 metres ahead, so that by the time you see something, it’s too late,” he says.

Learning how to spot dangers on the road is an important skill that anyone can learn to do better, and it’s one that’s particularly useful for nervous drivers.

“We get more confident as drivers when we know what to look for and how to look for it. And most drivers have never been trained in that,” says de Jager.

Another skill he teaches is learning to leave more space between your car and the one in front of you. He says most drivers follow far too closely, giving themselves less than one second to react to sudden braking by the car ahead.

De Jager says he used to think no one could leave that kind of distance on busy roads during rush hour, but he’s learned he can drive even the busiest roads at the busiest times without ever having to touch his brake pedal and still reach his destination in about the same amount of time he’d need if he did the usual speed-up-hit-the-brakes-speed-up-again routine many drivers use.

For seniors who want to brush up their skills but not spend the money on a driving class, one option is to take a 55 Alive course created by the Canada Safety Council. Unlike other driving programs, the 55 Alive course is taught only in the classroom, not the road.

During the course, senior drivers can learn about how aging affects their driving, what’s normal and what’s not okay, and about what will be required if they ever have to take a vision test, a driver knowledge test, or a road test.

Best of all, the instructors are not there to spot bad drivers and report them. It’s an information session, in which drivers can ask questions and get answers from other seniors, says Raynald Marchand, the general manager of the Canada Safety Council

“It’s an opportunity to discuss their issues with driving as they age, all without being in front of the ministry of transportation. They feel more secure in that context,” he says

The course was created by the Safety Council but different organizations now host the classes for different costs. Just search “55 Alive” and your region to find a course.

Marchand says some drivers get over their fears of the road after taking the course. Others go on to take further driving instruction. Still others realize it is probably time to cut back on driving and to begin planning for the day they need to hang up their keys for good.

There are also online courses that can be helpful. In Alberta, there are demerit reduction defensive driving courses certified by Alberta Transportation that can be taken either in-person or online. Drivers who score at least 80 per cent on the multiple-choice exam at the end of the course can apply to have as many as three demerit points removed from their driving records.

For those who want a bit more hands-on instruction, look for advanced driver education courses or driving refresher courses, not driving schools, since those are designed for beginner drivers.

Most advanced driving courses are focused on skills not taught during basic driver training. Some focus on winter skills like what to do to avoid or handle a skid-out. Others teach how to maneuver a vehicle into tight spaces and parallel parking.

The courses aren’t free, but a few hours of instruction can work wonders to sharpen up skills and get drivers feeling confident again about their abilities behind the wheel.

Driving Series: Related Stories
• More seniors dying on Canadian roads than any other group
• How a refresher course helped me become a more confident driver
• Made-in-Canada solutions to seniors dying on the roads
• 10 tips from the pros to improve your driving right now
• How new safety technology might actually be making our driving worse
• Driver’s quiz: Put your driving IQ to the test
• Why driverless cars are further off than we think
• Can you train your brain to drive longer into your golden years?