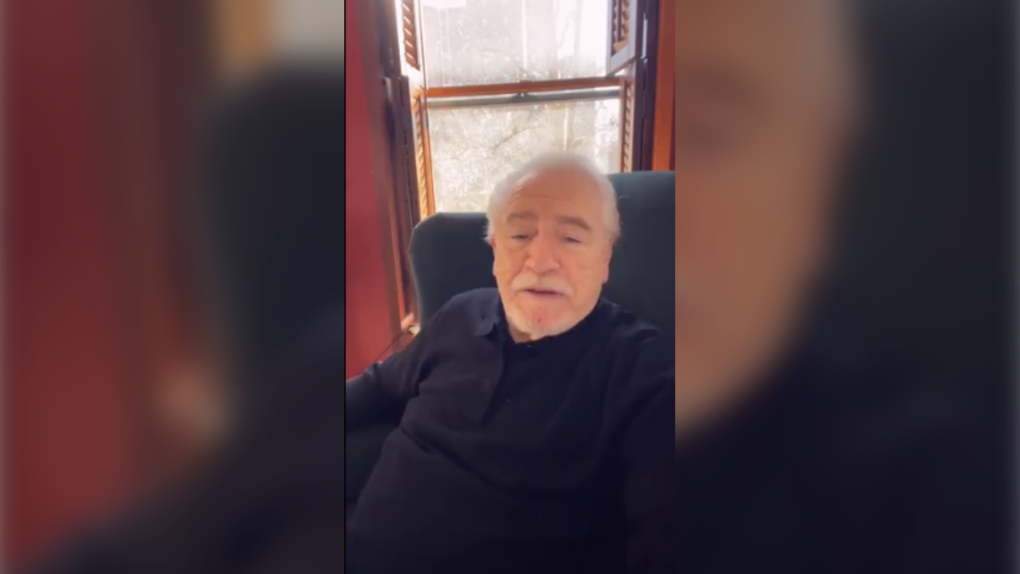 Actor Brian Cox has recorded a video message for Rogers Communications chair Edward Rogers, congratulating him on his "real-life Succession" following a months-long discussion on the leadership of the company.

In the message, Cox, who plays ruthless media mogul Logan Roy, compares the Rogers battle to the acclaimed HBO comedy-drama. The 19-second video clip was sent via a paid message on the video platform Cameo, but is also accessible to the website's users.

"Edward. This is from Suzanne," Cox says in the video, referring to Edward’s wife. "Congratulations on your real-life Succession at Rogers Communications. And also, having Joe Natale to f*** the f*** off."

Rogers Communications Inc. appointed Tony Staffieri permanent president and chief executive officer on Monday. Staffieri, a former chief financial officer, replaced Joe Natale, who left the company in November amid a family battle between Edward Rogers and his mother and two sisters on who should lead the company.

The dispute began after Edward, the only son of the company's late founder Ted Rogers, attempted to drop Natale as CEO in September 2021, saying he had lost confidence in Natale's ability to lead the company through the acquisition deal of smaller rival Shaw Communications Inc.

A British Columbia Supreme Court judge ultimately sided with Edward’s attempt to replace a total of five directors who had defied his efforts to unilaterally make changes at the company.

In the Cameo message, Cox gives the camera a quick thumbs up before congratulating Edward on a job "well done."

A spokesperson for Edward Rogers told CTV News that "the video was shared with Edward as a practical joke."

"He did not author nor was he aware of the review on Mr. Cox's Cameo page," the spokesperson said in an email on Wednesday.

CTVNews.ca has reached out to Rogers Communications for comment on the video, but did not hear back at the time of publishing.

HBO's "Succession" depicts Roy's adult children fighting and backstabbing one another for control of their aging father's media conglomerate. The series has often been compared to the real-life family drama at Rogers Communications.