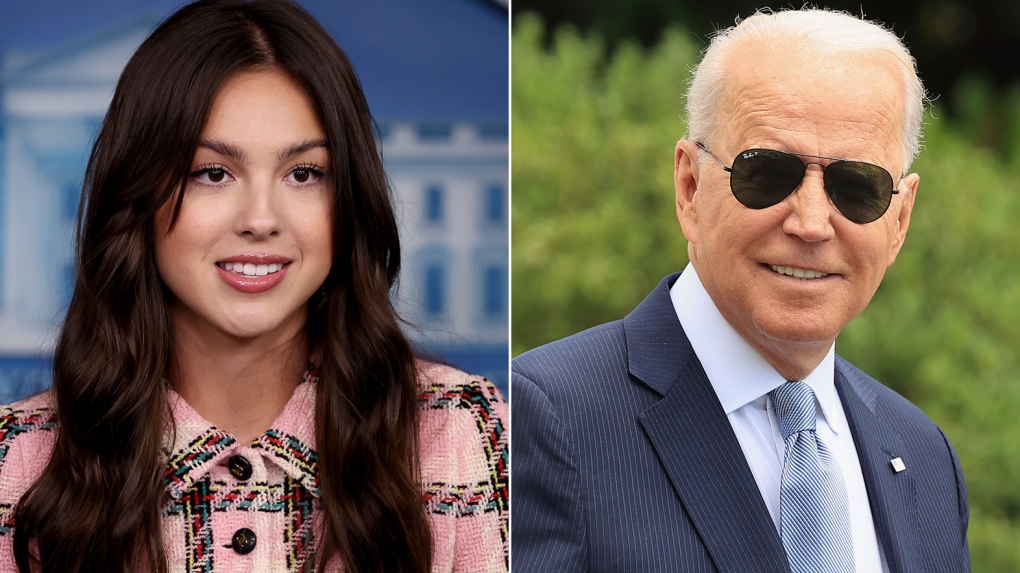 When Olivia Rodrigo visited the White House back in July, she received an unusual assortment of gifts from U.S. President Joe Biden. (Getty)

What do you gift one of the biggest teen pop stars in the world? If you're U.S. President Joe Biden, the answer is easy: a shoehorn.

Olivia Rodrigo, the singer behind the hits "Driver's License" and "good 4 u," was invited to the White House back in July to promote the COVID-19 vaccinations among young people. During an appearance on "Jimmy Kimmel Live" on Tuesday, Rodrigo revealed the president had given her a few gifts when she visited: some M&Ms, a pair of black aviator Ray Bans (the same ones he wears) and a shoehorn, "which was strange," Rodrigo said.

The shoehorn wasn't just any shoehorn. It also had the presidential emblem on it, Rodrigo said.

"Well, if you ever thought Joe Biden was too old to be president, now we know he is," Kimmel joked. "He's giving out shoehorns."

Regardless of the gift, Rodrigo said it was "such an honor" to go to the White House, especially for "such an important cause." Still, she said, she was nervous.

"I walked in there and there's all these plates that George Washington used to eat his dinner on and all of this crazy stuff," she said. "I was just scared that I was going to sneeze and break such a priceless artifact. It was crazy. But, walked out, didn't break anything."

Rodrigo, a Disney star known for her role on "High School Musical: The Musical: The Series," had a breakout year in 2021. Her album, "Sour," debuted at the top of the chart when it was released in May, with numerous hit singles and billions of streams on Spotify. Her songs have become so popular that the TikTok favorite "Driver's License" even inspired a skit on "Saturday Night Live."