McCain book shares why she left 'toxic' times at 'The View' 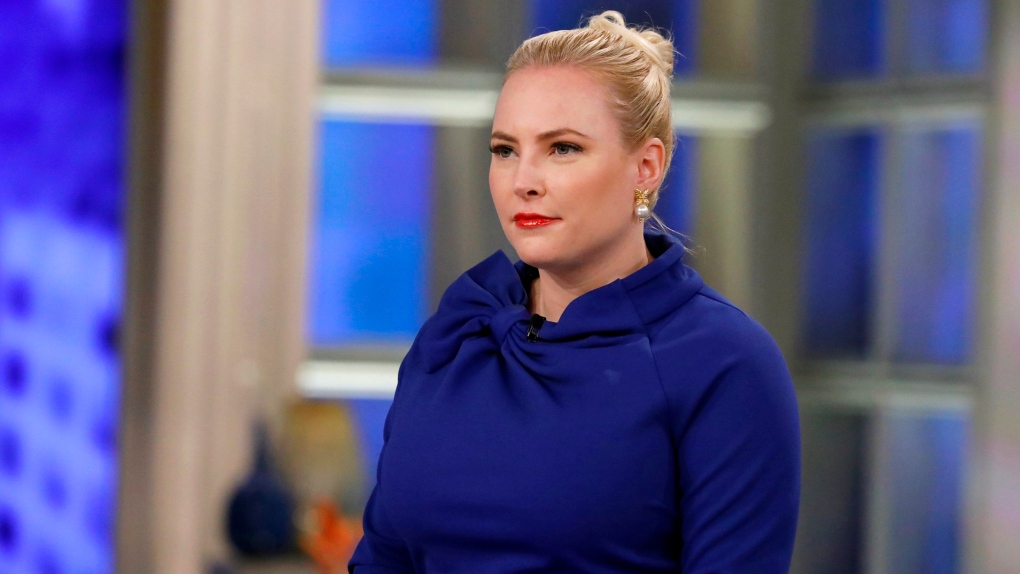 This image released by ABC shows Meghan McCain on the set of "The View," in New York on April 17, 2018. (Heidi Gutman/ABC via AP)

NEW YORK -- Meghan McCain says she decided to leave “The View” following her second day back from maternity leave in January when frequent foil Joy Behar said “I did not miss you” during a political argument.

McCain, who left this summer after four years as the daytime talk show's conservative voice, told that and other backstage stories in a new book, “Bad Republican,” and subsequent interview with Variety.

McCain had announced on July 1 that she was leaving “The View” because she did not want to be uprooted from her Washington life with her husband, commentator Ben Domenech, and daughter Liberty when the show returned to its New York studio.

She was more forthcoming in her book.

“I had been unhappy at `The View' for a long time,” she wrote. “My unhappiness was like this giant wave that had been building and building and finally crested after I returned from leave.”

The outspoken McCain had been the show's lightning rod since joining, and also helped “The View” reach a new level of popularity and influence. It is currently trying out potential successors.

During the Jan. 5 show, McCain interrupted Behar to say “are you kidding me?” when her colleague said the Republican Party is in more trouble than the Democrats. Behar was clearly angered, saying, “excuse me, am I done? I'm not done.”

McCain pressed on with her response, and Behar referenced the interruption again when she was finished.

Host Whoopi Goldberg quickly moved in to shut things down, but McCain was heard saying, “that's so nasty. I was teasing because you said something rude. That was so rude.”

In her book, McCain said she burst into tears during a commercial break. At the end of the show, she began crying again and vomited, she wrote.

“It is one of the most singular feelings of loneliness and anguish I have felt in my entire life,” McCain wrote. “It was a perfect storm of hormones, postpartum anxiety and a lot of demons on `The View' coming out to bite me.”

McCain said she had asked the show's producers for an apology from Behar but was told none would be forthcoming.

A spokeswoman for “The View” said Tuesday that Behar had no plans to comment.

There was no immediate comment from “The View” about McCain's book.

McCain said that despite their political battles, she felt she and Behar had a mutual understanding and respect. But she wrote that they didn't speak again offstage after that incident.

When McCain announced on the air July 1 that she would soon be leaving, Behar said, “I have really, really appreciated the fact that you were a formidable opponent in many ways and that you spoke your mind. You're no snowflake, missy.”

“The View” has been filled with backstage drama ever since its invention by Barbara Walters in the mid-1990s. In her book, McCain talks about how wearing it was when stories about what happened off-air were leaked to the press.

She wrote that the show had a “toxic” atmosphere and that “working at `The View' brings out the worst in people.”

McCain is the daughter of the late U.S. Sen. John McCain, an Arizona Republican.