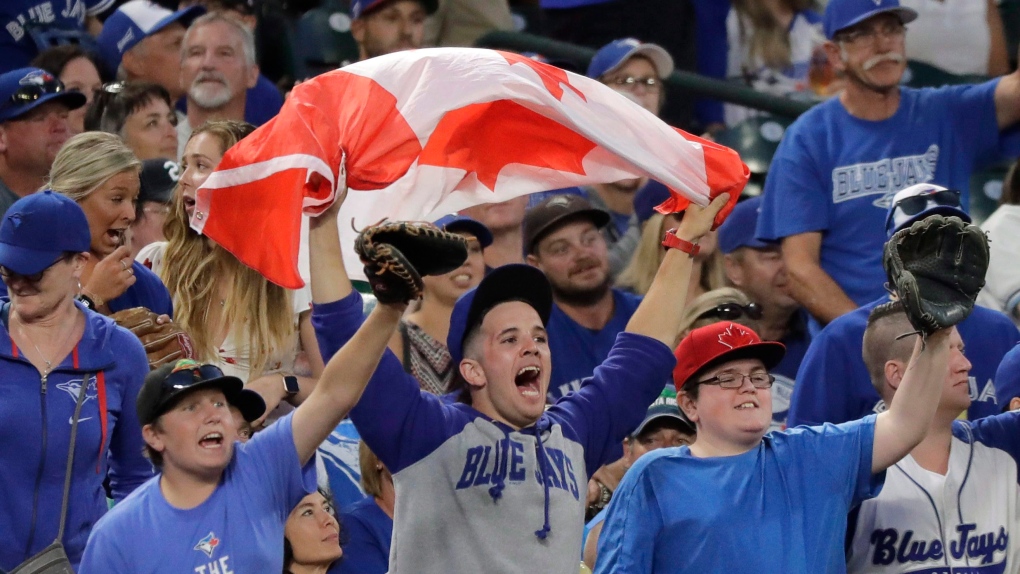 For a few days each year, a large horde of Canadians descend on Seattle.

And Ken Jennings, for one, has had enough of it.

The author, podcast host and former 'Jeopardy!' champion took to Twitter to grouse about the mob that crosses the border every year to watch baseball.

"My favorite summer thing in Seattle is when 20,000 surprisingly awful Canadians drive down to watch a Blue Jays game and then the Mariners win," Jennings tweeted late Friday night.

The Major League Baseball schedule typically gives the Toronto Blue Jays one series in Seattle per year. The games often provide the Mariners with some of their largest crowds of the year, as Blue Jays fans from B.C. make the relatively short trip to Seattle and drown out their hometown counterparts.

In 2017, the Seattle Times reported that it was possible more than half of the 40,000 or so fans at T-Mobile Park during that year's series were Blue Jays fans. Toronto players seem to enjoy the unusually boisterous road reception they get there, often commenting that it reminds them of a playoff atmosphere.

The reaction from Seattle has been less favourable. A host with Seattle radio station 710 ESPN referred to Jays fans as "rude house guests" in 2017, arguing that the Canadian invaders are poor hecklers and violate baseball etiquette by directing their ire at the Mariners' fans instead of their players.

It was these sorts of sentiments that Jennings – whose first brush with celebrity involved a still-record 74-show winning streak on 'Jeopardy!' in 2004 – was  channeling when he directed his frustrations toward Twitter.

This year's visit to Seattle by the Blue Jays is taking place this weekend. Seattle did indeed win the first game of the series Friday night, but lost to Toronto Saturday in the first game since Jennings' tweet. The rubber match takes place Sunday.

Jennings' claim that the Mariners often beat the Blue Jays does not stand up based on recent history. Toronto took three out of four games in Seattle in 2018, two out of three in 2017 and two out of three in 2016. Seattle fared much better in the first half of the decade, compiling a 11-4 home record against the Jays between 2011 and 2015.

Jennings, whose tweets generally feature tongue-in-cheek quips and whose podcasts suggest he is generally enthusiastic about Canada, doubled down on his initial message in follow-up tweets, saying Seattleites were "tired" of hosting Canada's "20,000 [expletive]faced transplants named Gord" and arguing that the Mariners' win that night meant Canadians should start to spell "favourite" without the letter "u."

"I'm cyberbullying Canada," he tweeted at one point.

He also questioned why B.C. residents seem to prefer cheering for the Jays to supporting "their regional Cascadia team." Vancouver is located 4,000 kilometres from Toronto and less than 250 kilometres from Seattle.

Canadians responded as Canadians often do when challenged by Americans, touting Canada's health care system and apologizing for the actions of their fellow citizens.

"We don't mind. We probably did something to deserve it. Sorry!!" one user wrote.

Barring surprise playoff runs from Toronto and Seattle – a virtual impossibility, given how far down the standings both teams are – the Blue Jays will next return to Seattle July 24-26, 2020.

My favorite summer thing in Seattle is when 20,000 surprisingly awful Canadians drive down to watch a Blue Jays game and then the Mariners win.

I'm now mixing it up online with the aggrieved hosts of medium-market Canadian radio call-in shows with names like "Sports Programme." This is my new online persona.