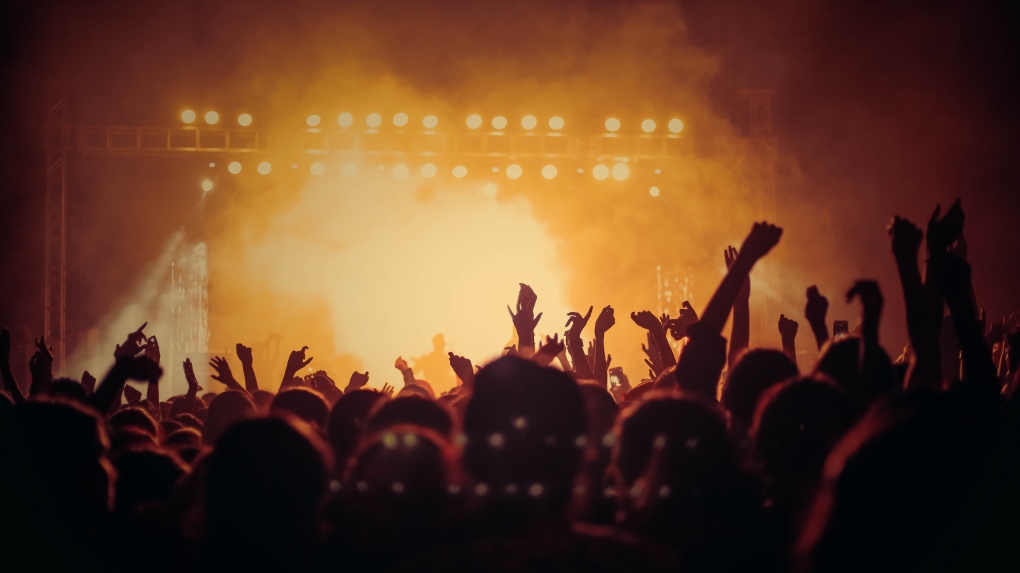 When Josh and Katie Pascoe mapped out their multi-province summer concert tour earlier this year they didn't anticipate just how expensive it would be to fill their van's gas tank.

Most of their energy was focused on securing shows for their alt-folk band Fresh Breath after more than two years of pandemic shutdowns left them without earnings. With more than 30 gigs booked on their We're Driving Everywhere tour, they plan to wind through Ontario to Alberta and back.

Now a few weeks into their tour, fuel prices hover around $2 a litre and the husband-wife duo are passing around a tip jar at shows to keep from running on empty.

"We're taking our profits and putting it right back into the gas tank," Katie said.

"What do you do? I'm not going to cancel the tour because of gas prices.ΓÇª We kind of have no choice at this point than to just eat it."

Fresh Breath hopes to book extra shows at pubs and breweries in a bid to cover surprise costs, Josh said. The couple has also cut down on eating out, which means far less schmoozing with local music industry players to build connections.

"Now it's like, get your head of broccoli and spice up your Mr. Noodles -- that's what we're eating," Josh said.

"You have to make the dollar stretch so far."

They aren't alone. Thanks to high gas prices, staggering inflation and other ripples of the pandemic, few corners of the live music industry have gone untouched by financial woes.

Some artists are speaking about their hurdles on social media. Country-folk singer Donovan Woods expressed shock over a shortage of car rentals while other indie artists noted higher costs for those able to secure one. Folk pair Madison Violet pointed to a spike in hotel rates.

"Stompa" singer-songwriter Serena Ryder worries about the impact rising costs will have on emerging Canadian artists who are unable to afford the new reality.

"How are we going to make a space for them to be able to tour and get their name out there?" she said.

"It's not just gas prices, it's people's livelihoods."

Danno O'Shea is acquainted with the tightening vice on his pocketbook. The musician heads the brass-funk ensemble My Son the Hurricane and is responsible for making sure all 13 players and four technicians can survive off the more than 70 shows they've booked this year.

The group travels together in two large vehicles, which means fuel costs can be "intense," but O'Shea said the group benefits from an established reputation that allows them to negotiate guaranteed payouts, rather than relying on a cut of the door.

"What's frustrating is this was our year to replenish the accounts that got hurt during COVID," he said.

"We're at a point now where our band members should be living off our band. And gas is the thing stopping that from happening."

Sometimes O'Shea is reminded that even his audience is conscious of the mounting pressures of a travelling musical outfit. At a recent show, one fan came up to the merchandise table and handed the band a gas station gift card.

"I thought, 'What a kind thing that is,"' he said, noting that anything to alleviate expenses helps. "We have a ton of members and it's very important they get paid for their time, their efforts and their talents."

O'Shea worries these small gestures won't be enough on the grander scale.

"I think you're going to see smaller tours in smaller geographic areas," he said.

"I feel bad for people in the Prairie provinces. I could imagine bands just skipping it because they're going to lose too hard."

For some musicians, gas prices are just the tip of the iceberg of troubles ahead.

Folk artist Eamon McGrath said he's played about 200 shows since June of last year. Between January and May, he says his expenses quadrupled.

"Last year was hard for a whole (list of) other financial reasons, but at least I was making money. And now it's like pretty much at a zero," he said.

McGrath has stripped back on costs. His four-man band is now a trio. He once had a tour manager and a driver, but lately he's been driving himself across the country. He's also doubled his performance fee, which means some venues can't afford him.

"The idea of doing a show for $500 now is unthinkable because there's just no possible way of converting that into profit," he said.

"I am at the point now where this summer and fall might be the last time for a really long time that I can afford to bring a band on the road at all."

McGrath worries the potentially devastating impact of gas prices hasn't sunk in for some musicians who may only be a few weeks into their first real tour in years.

"If only the other components of the machine were operating properly, you'd be able to adjust to gas prices," he said.

"But we're getting through it because I mean, what are you going to do? It's not like musicians haven't faced challenges before. It's just that these seem to be a lot more complicated in terms of trying to find a solution."

Jenna Walker, half of the sibling country duo the Reklaws, is holding onto her fighting spirit and a healthy dose of optimism.

She said while filling the tour bus gas tank is the biggest expense this year, they're also faced with rising costs for hiring backing musicians and paying for rehearsal space.

"We're spending the money that needs to be spent," Walker added.

A recent study on rodents has found testosterone, despite being commonly associated with aggression, can also foster friendly behaviours in males.