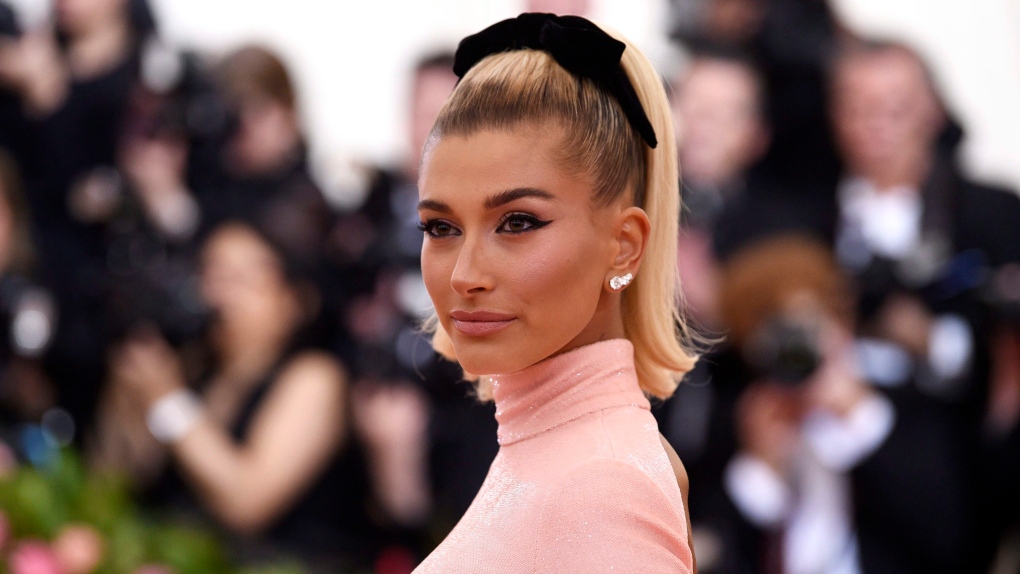 Hailey Bieber attends The Metropolitan Museum of Art's Costume Institute benefit gala celebrating the opening of the "Camp: Notes on Fashion" exhibition on Monday, May 6, 2019, in New York. (Photo by Evan Agostini/Invision/AP)

Bieber confirmed last November that the pair had quietly wed after getting engaged in July and securing a wedding license in September.

On Monday, Mrs. Bieber celebrated the one-week anniversary of their latest ceremony by sharing some photos of her wedding gown on her official Instagram account.

"Last Monday was the most special day of my life," one of her captions read.

According to People magazine, she "walked down the aisle in a lace off-the-shoulder, long-sleeve Off-White wedding dress with mermaid-style skirt and long, sheer veil that featured designer Virgil Abloh's signature block lettering."

The lettering on the veil read "'Till Death Do Us Part."

@virgilabloh thank you for making my vision come to life and creating my dream dress. You and your @off____white team are incredible and I’m forever grateful I got to wear your beautiful creation. ❤️

last Monday was the most special day of my life:)