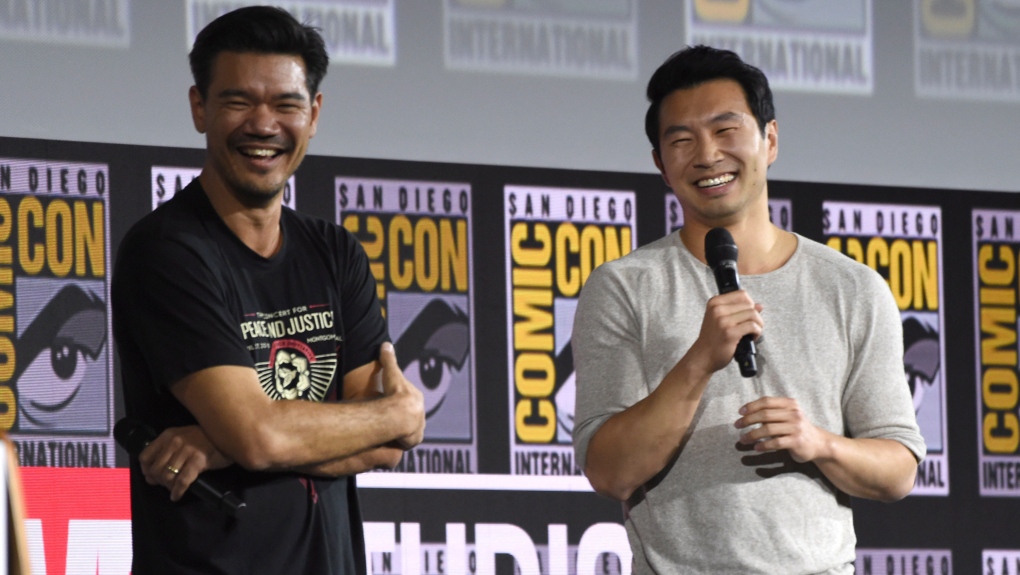 Destin Daniel Cretton, left, and Simu Liu speaks during the "Shang-Chi and The Legend of the Ten Rings" portion of the Marvel Studios panel on day three of Comic-Con International on Saturday, July 20, 2019, in San Diego. (Photo by Chris Pizzello/Invision/AP)

SAN DIEGO -- Canadian actor Simu Liu has been tapped to play the titular character in Marvel's upcoming film "Shang-Chi and the Legend of the Ten Rings."

Liu is best known for starring as Jung in CBC's "Kim's Convenience."

The film, which will see Liu's kung fu master face off against The Mandarin, is set to come out on Feb. 12, 2021 and will also star Awkwafina and Tony Leung.

It will be the second major film of Marvel Studios' Phase Four.