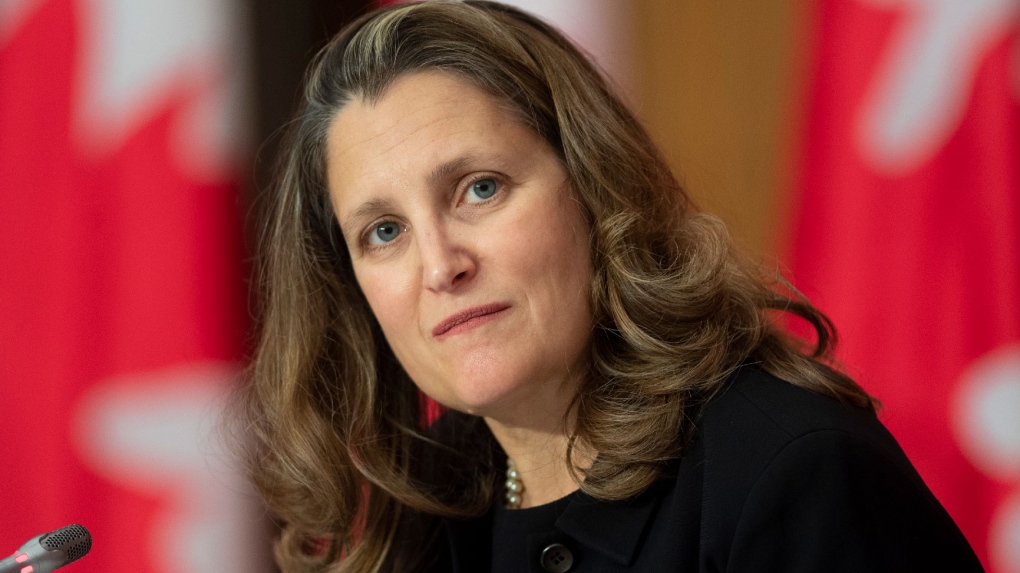 Deputy Prime Minister and Minister of Finance Chrystia Freeland is seen during a news conference Tuesday October 20, 2020 in Ottawa. THE CANADIAN PRESS/Adrian Wyld

BARRIE -- Canada’s Deputy Prime Minister Chrystia Freeland has been named one of the world’s most powerful women by Forbes Magazine.

Freeland, who also serves as the country’s finance minister, ranked 97th on Forbes’ 100 Most Powerful Women list for 2021, released Tuesday. She is the only Canadian who made the magazine’s top 100 list.

Freeland was just one of many politicians who made the Forbes list for 2021. U.S. Vice President Kamala Harris was second on the list, while European Commission President Ursula von der Leyen ranked eighth.

Queen Elizabeth also made the list, coming in at number 70.

Here’s a look at which women made the top 10 list:

The list also includes a number of women who work in the media and entertainment fields.

Oprah Winfrey took the 23rd spot, while Rihanna came in at number 68.

Reese Witherspoon made the list at number 74, while Beyoncé Knowles came in just behind her at 76.

Thirty-one-year-old Taylor Swift was the youngest woman to make the list. She sits in the 78th spot.