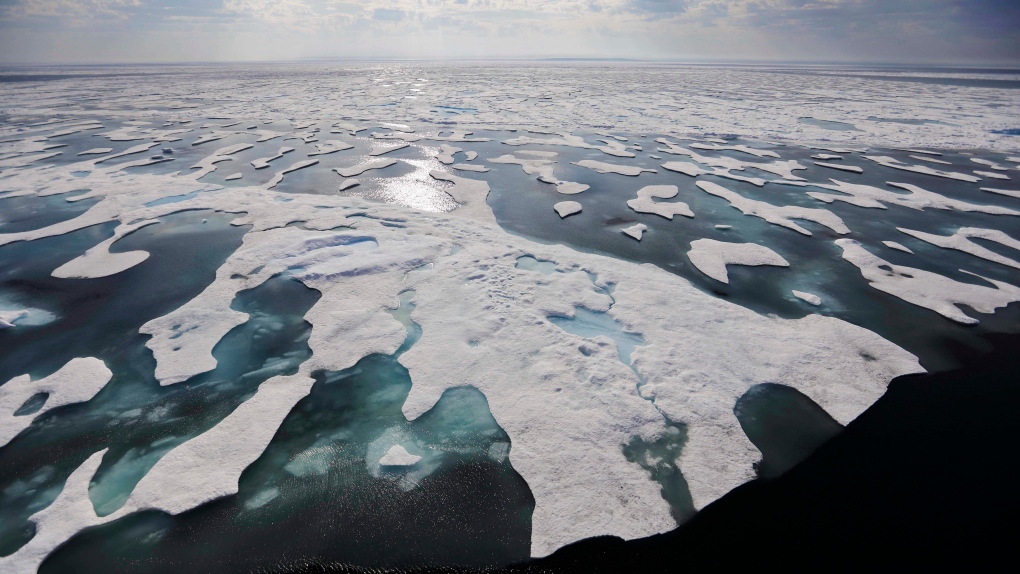 TORONTO -- A new study has discovered that warm pockets of Pacific water, referred to as 'heat bombs,' are migrating to the Arctic Ocean and accelerating the sea ice melt.

The study, published in the journal Nature Communications, detail findings from a team of oceanographers from the Scripps Institution of Oceanography at the University of California San Diego.

The study examines how the migrating warm pockets of Pacific water are thawing mass amounts of sea ice by flowing through the Bering Strait, up the Pacific Ocean and into the Arctic. The Pacific water is warmer and saltier than its Arctic counterpart, so it travels under cool surface waters in the Beaufort Gyre ocean current.

The Beaufort Gyre current is located above Alaska and moves in a circular motion which keeps the glacial melt near the surface – keeping ecosystems balanced and stopping the sea ice that floats on the top of the water from melting.

Now, however, researchers say this is changing due to global warming - and these so-called heat bombs have accelerated the Arctic sea ice melt, destabilizing the ecosystem by affecting levels of nitrogen.

Researchers found that the heat bombs have been flowing under the North Pole’s main ice pack and are warm enough to remain in the area for several years. The study says this phenomenon has never been observed before, meaning that all current global warming calculations and forecast models have not factored in this new data and how it could affect the climate crisis.

“The rate of accelerating sea ice melt in the Arctic has been hard to predict accurately, in part because of all of the complex local feedbacks between ice, ocean and atmosphere; this work showcases the large role in warming that ocean water plays as part of those feedbacks,” said lead author Jennifer MacKinnon in a press release.

In September 2018, researchers managed to record a long, narrow current of warm water called a “jet” near the shore of Northern Alaska. The jet contained water that ranged from four to six degrees Celsius and was over 100 metre deep, showing how warm, lingering and powerful the heat bombs have the potential to be the study states.

The study hopes to continue examining the effects of heat bombs on the Arctic sea ice, which plays an integral role in reflecting sunlight away from the planet and stops the ocean from absorbing too much heat.