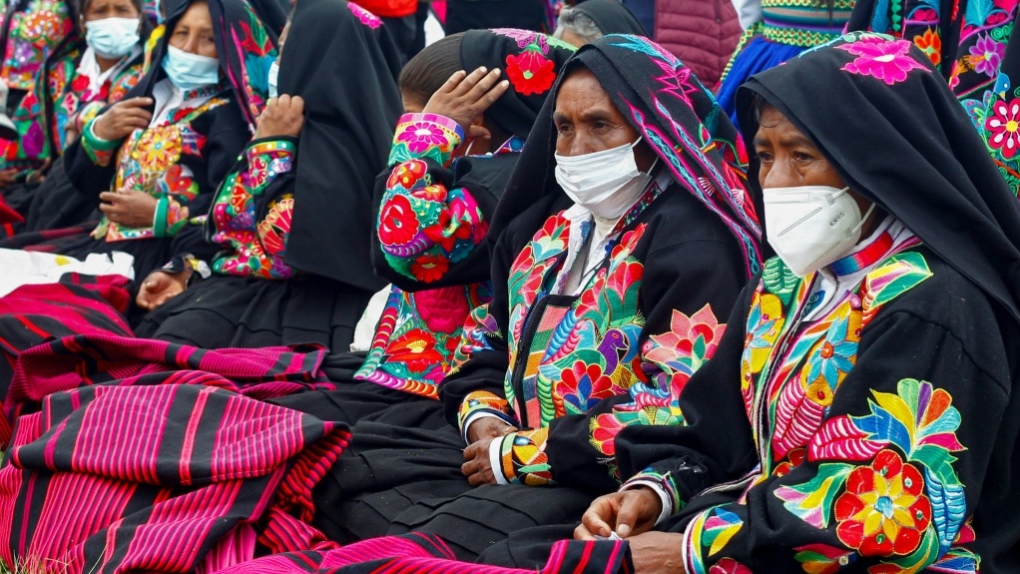 It accused Peru's government of "failing" in its health obligations towards the K'ana Indigenous people in southeast Espinar province, in the Cusco region that is home to the country's most popular tourist attraction, Machu Picchu.

Research carried out between 2018 and 2020 on 11 Indigenous communities in the area found that 8,000 people were affected by high levels of lead, arsenic, cadmium, mercury and manganese, research chief Maria Jose Veramendi told AFP.

"This scientific and independent evidence shows that the communities in Espinar are facing a health crisis that requires an urgent and robust response from the government," said Erika Guevara-Rosas, Americas director at Amnesty International.

"The authorities must act to guarantee the right to health of the population and prevent Espinar from continuing to be another example of the failed state of Peru's health system."

Tests on 150 volunteers found that 78 percent had levels of metals and toxic substances that represented a risk to their health.

"With the exception of manganese, which is a useful element in the human body in very small amounts, none of the other metals and toxic substances mentioned play an essential role in the functioning of the human body," said the report.

"On the contrary, lead, cadmium and mercury are toxic even at low levels in the body and arsenic, especially inorganic arsenic, is highly toxic."

Peru is one of the world's largest producers of copper, gold, silver, zinc and lead.

Mining accounted for 16 percent of Peru's private investment over the last decade, representing 60 percent of exports and generating 1.8 million direct and indirect jobs.

Veramendi urged health authorities to "establish a permanent epidemiological surveillance program in Espinar to determine the total impact on the exposed population."

She said inhabitants had complained during the study of headaches, kidney, prostate and dental problems, stomach upsets and even cancerous tumors in two people.

Peru has been beset by social unrest in areas close to mining and hydrocarbon production for decades.

A state of emergency was called in several southern provinces, including Espinar, in 2015 after protests broke out against the Las Bambas copper production project -- the largest in the country -- leaving four dead.

According to the ombudsman's office, conflicts surrounding mining activities represent 41 percent of social conflicts in the country.

Amnesty International said the state recognizes that 10 million inhabitants -- close to a third of the population -- are at risk of exposure to heavy metals, with more than 20 percent (6.8 million) at risk from metalloids such as arsenic.

Veramendi added that "private companies have an obligation to not violate the human rights of populations, and the state has an essential responsibility to supervise that corporate responsibility."