A new way to find microplastics in our oceans: using satellites 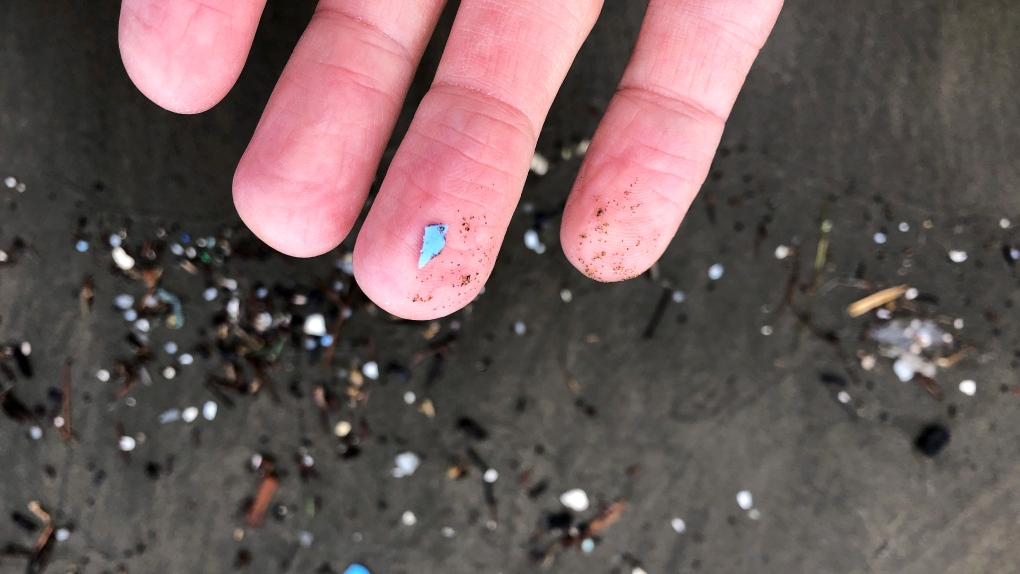 TORONTO -- Research into microplastics in our oceans has found new seasonal patterns of the flow of plastic and developed a way to track massive deposits of the debris — all by observing from space.

Our world is saturated with plastic, and the oceans are no different. It’s estimated that eight million tons of plastic enters the ocean every year, according to a news release, and it poses a threat to marine life and ecosystems.

Although one might imagine floating chunks of trash littering the oceans, the majority of the plastic in our oceans gets shredded down into microplastics. Until now, most of our data on how widespread microplastics are and where they are in our oceans has come from data from plankton trawlers that take in microplastics along with their catch. This method can leave gaps in the data.

But if the plastic particles are so small, how could they possibly be seen from space?

Researchers from the University of Michigan described their technique in a new paper published Wednesday in the journal IEEE Transactions on Geosciences and Remote Sensing.

Using satellites that were designed to track hurricanes, researchers searched for the microplastics by looking for patterns in the water itself.

"We'd been taking these radar measurements of surface roughness and using them to measure wind speed, and we knew that the presence of stuff in the water alters its responsiveness to the environment," Chris Ruf, a professor of Climate and Space Science at the University of Michigan and senior author on the new paper, said in the release.

"So I got the idea of doing the whole thing backward, using changes in responsiveness to predict the presence of stuff in the water."

Essentially, researchers theorized that areas of water that appeared smoother during winds that should have made them rough could contain high quantities of microplastics, which affect how the water moves.

They used wind speeds provided by the National Oceanic and Atmospheric Administration to zero in on these unusually smooth regions of ocean. They then cross-referenced this with existing knowledge and observations by plankton trawlers on where microplastics tend to accumulate, as well as ocean models that predict where plastics should migrate based on ocean currents.

There was a high correlation between these smooth areas and areas that had previous reports of high microplastic content, according to the release.

"We're still early in the research process, but I hope this can be part of a fundamental change in how we track and manage microplastic pollution,” Ruf said.

So what do these space observations tell us?

Researchers observed that there are seasonal changes to the Great Pacific Garbage Patch, a giant floating collection of marine debris and microplastics found in the North Pacific Ocean. During the summer months, microplastics accumulate in “massive quantities” in the garbage patch, the release said.

Some of these seasonal differences may be affected by “atmospheric and oceanic circulation patterns,” the paper stated, explaining that in winter months, there are stronger currents in parts of the Pacific Ocean, and “increased vertical mixing,” which would disrupt microplastic concentration close to the surface of the water.

The northern Indian Ocean also saw higher levels of microplastics in a specific season, with concentration peaking in late winter/early spring. The lowest levels were in early summer, which coincides with monsoon season, which typically stretches from June to September.

The Yangtze River, which is the longest river in Asia, also showed several spikes in microplastic that may indicate that the river serves as a way that a measurable quantity of plastics enter the ocean.

The river has been “long suspected to be a chief source,” the release stated.

"It's one thing to suspect a source of microplastic pollution, but quite another to see it happening," Ruf said. "The microplastics data that has been available in the past has been so sparse, just brief snapshots that aren't repeatable.”

Other rivers that saw episodic spikes were the Qiantang River, which empties near the Yangtze, and the Ganges River, which flows through India and Bangladesh.

Researchers pointed out in their paper that while their results correlate with known areas with high amounts of microplastics, they can’t rule out yet that these smooth sections of ocean are caused by something other than the presence of microplastics, and that more research needs to be done.

But if using satellites does help us find areas that plastic accumulates or places where it is entering the ocean in large quantities, it could help environmental organizations to target their cleanup efforts more efficiently.

Already, researchers are communicating with The Ocean Cleanup, a Dutch organization, to see if their initial findings can be confirmed with some on the ground — or in this case, water — research.