Why do Canadians want to travel in 2022? Survey says mental wellness tops the list

Why do Canadians want to travel in 2022? Survey says mental wellness tops the list 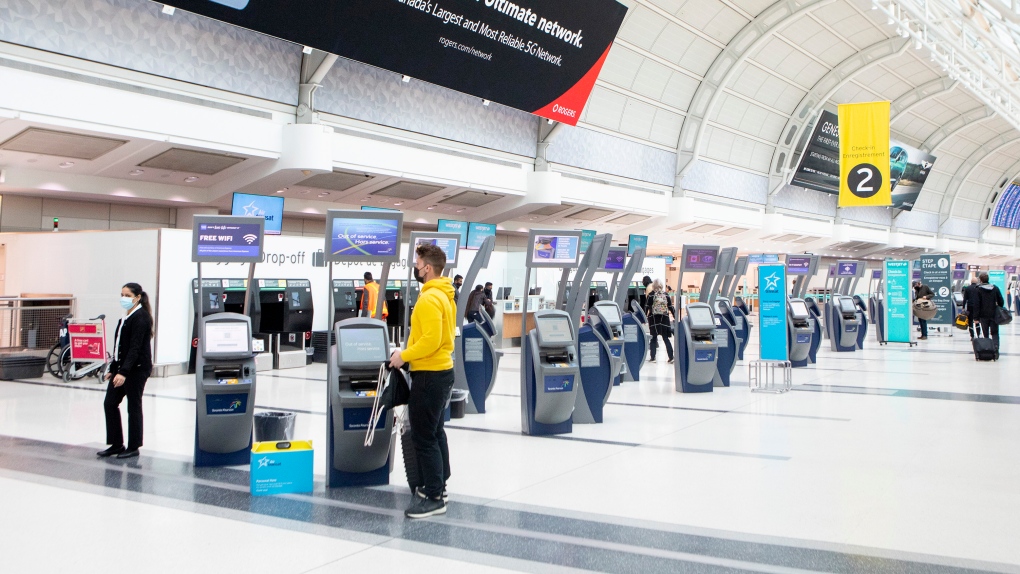 A passenger checks in at Toronto's Pearson Airport on Friday, Oct. 29, 2021. THE CANADIAN PRESS/Chris Young
TORONTO -

According to a report on traveller trends from Expedia, in 2022, around two-thirds of Canadians are planning a “no regrets” type of adventure for their next trip.

The report surveyed 12,000 people across 12 countries, with 2,000 respondents being from Canada.

Since the beginning of the pandemic, the idea of travel has been fraught, with big trips largely impossible due to more pressing concerns of halting the spread of COVID-19 and protecting one’s own personal health.

Although the advent of vaccines has allowed some regions to open up and some travel to resume, with the pandemic still ongoing, Canadians are still much less likely to travel on a whim according to the report, with 41 per cent admitting they have been less spontaneous since the start of the pandemic.

But the research shows that all the cancelled plans, lack of socializing and time isolated may have made people more likely to embrace experiences more fully if they do decide to go on a trip.

More than a third of all travellers surveyed said they would prioritize their enjoyment over budget on their next trip, with almost a fifth saying they might splurge on something like going to a Michelin-starred restaurant.

A quarter of respondents said that they’d be more willing to travel to places that were completely different from their own home or culture, with 37 per cent expressing that they’d want to embrace new foods they’d never tried and 19 per cent saying they’d consider visiting a destination they would never have thought of before the pandemic.

A press release on the report stated that due to the pandemic, travellers are more aware that every trip is “a privilege”, and are hoping for experiences that reflect that.

“Coming out of such a long period of constraints and limitations impacting Canadians, travel in 2022 will be about wringing every bit of richness and meaning out of our experiences, both domestically and internationally,” Mary Zajac, public relations manager for Expedia, said in the the release. “Despite some still feeling cautious towards travel, a new wave of excitement is bubbling as travellers chase travel greatness to get their [greatest trip ever].”

Travel as a way to aid with poor mental health is also something on the minds of those surveyed, with a quarter of respondents saying they’d seek a trip that allowed them to prioritize mental health. As part of this, 29 per cent said they’d be seeking to spend more time in one location to improve the quality of the visit.

The survey was conducted online by Northstar Research Partners on behalf of Expedia between Aug. 27 and Sept. 6th among adults who are planning domestic or international travel in the next 18 months.

Whether or not these travel dreams will be possible in 2022 remains to be seen, as the evolving understanding of the Omicron variant has spurred new travel bans and restrictions at the border. Some experts have suggested that waiting until summer 2022 might be the best thing for those hoping to get some travel in this year.

But it seems that Canadians are aiming for a big escape, if possible.