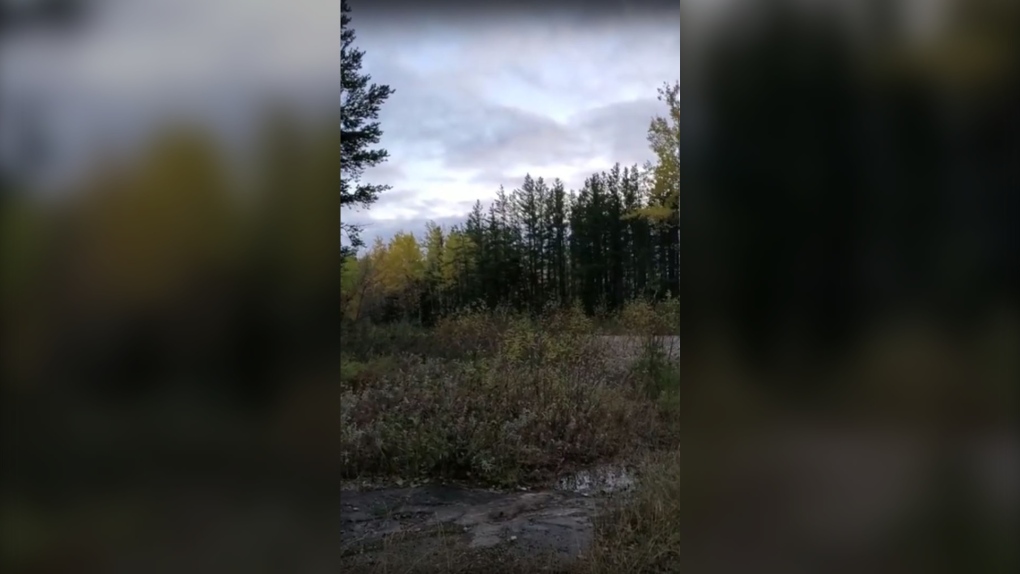 An Ontario hunter recorded a strange, loud, echoing howl in the woods that has left biologists scratching their heads. (Gino Meekis/YouTube)

TORONTO -- Does Bigfoot exist? And if so, is it Canadian?

He’d never “heard anything like this before,” he told CTVNews.ca in a phone interview. “It was more bass-y than anything I’ve heard scream before.”

Meekis, who lives near Sioux Lookout in northern Ontario, took the footage on Oct. 3 while he was hunting grouse with his wife and grandson. The young child can be heard appearing to mimic the strange noises.

The trio first heard the odd howling as they made their way back to their car at the end of the trail along the Vermilion River.

Initially, Meekis thought it was a moose or a bear. “But then I started thinking of all the animals in the area -- I’d heard during my life -- and it didn’t match,” he said.

“At first, I wasn’t scared because it sounded kind of far from where we were,” he added. “It sounded like it was a kilometre away. So if it started coming, (we had) enough time to get out of there.”

“We could hear it moving … it sounded kind of heavy,” Meekis said. “But my wife, she got scared … picked up (our grandson) and started walking fast towards the vehicle.”

GOV’T UNCERTAIN WHAT NOISE WAS

And if you’re looking for answers from the government, the Ontario Ministry of Natural Resources and Forestry’s guess is no better than anyone else’s.

“Our biologists say it could be a larger mammal – for example a wolf – but because of a considerable distance from the recorder there is no way to be certain,” ministry spokesperson Jolanta Kowalski wrote in an email to CTVNews.ca.

Since Meekis posted two YouTube videos of the interaction, they’ve both gone viral, racking up more than 303,000 views combined.

In the comment sections, users have suggested the noise may have been the urban legend Bigfoot or a giant bear. Meekis said he can’t figure it out: “I’m in the same boat as them since I heard it.”

Some users have accused Meekis of orchestrating a hoax, but he called that theory absurd. “They think there’s a speaker or a recording playing something,” he said. “I didn’t go out that day to deceive people.”

None of his hunter friends have been able to put their finger on it either.

“I don’t think we’ll ever find out,” Meekis said.