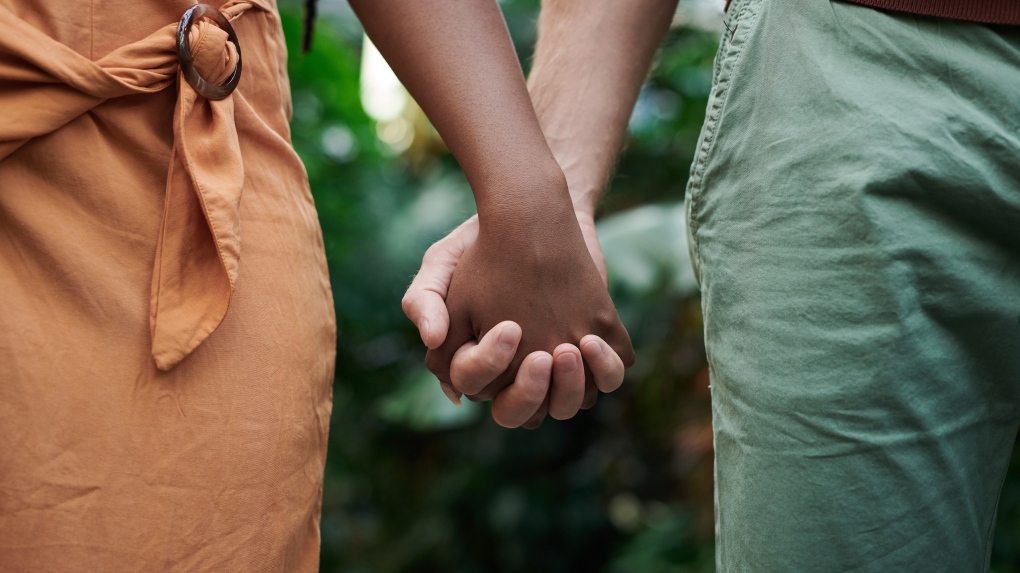 A gay man and a straight woman are able to form a conjugal relationship recognized by Canadian courts, according to a groundbreaking new ruling that expands the definition of what a loving couple can look like. (Fauxels via Pexels)

TORONTO -- A gay man and a straight woman are able to form a conjugal relationship recognized by Canadian courts, according to a ground-breaking new ruling that expands the legal definition of what a loving couple can look like.

The decision involved a gay refugee to Canada and a straight woman who met in university overseas, became close friends and had a baby together. However, when the man tried to sponsor the woman and their child to join him in Canada, their case was blocked by Canadian immigration officials who said their bond didn’t meet the definition of a conjugal relationship.

Earlier this month, a judge with Canada’s Federal Court granted an appeal in the case, calling the previous decision closed-minded and biased against the mixed-orientation couple.

The couple’s lawyer, Athena Portokalidis, said the case is the first of its kind and could set an important precedent.

“I think this will hopefully open the door to other couples in similar situations,” she told CTVNews.ca in a phone interview on Tuesday.

The man, identified only as AP in court documents, moved to Canada and obtained protection based on his sexual orientation because he faced persecution in his home country, which was not identified in court documents. Portokalidis refused to identify the man’s country of origin, citing privacy.

After living in Canada, AP reconnected with his university friend, identified as AM. The pair spoke every day and made plans to meet up and travel abroad together. The woman, who is straight, still lived in AP’s home country and had romantic feelings for him, but he did not feel the same way about her.

At this point, AP had not yet come out to AM as gay.

During their travels together, there was “a shift in their relationship” and the pair had unprotected sex after “a night on the town,” according to court documents. AP told AM that he had HIV, but that there was only a low chance of her becoming infected.

If a person with HIV takes antiretroviral treatment, their viral load can be reduced to the point that it may be considered “undetectable.” At this point, HIV cannot be passed on through sex.

Not long after their vacation, AM learned that she was pregnant with AP’s baby.

The pair agreed that they would raise the child together, and committed to become a “family unit,” according to court documents. AP and AM travelled two more times together: once while AM was pregnant, and another time when their child turned two.

Friends and family viewed the pair as a couple. Still, neither AM nor her parents knew that AP was gay. AP regularly sent money back home to support AM and their child.

Hoping to live together as a family, the pair eventually decided that AP would sponsor AM and the child to move to Canada. At that point, AP finally came out to AM. Despite the disclosure, they both agreed to continue with the process.

Their case hit a roadblock once it reached immigration officials in Canada. An immigration officer refused their application without reaching the interview stage, saying that AM was not a conjugal partner of AP “given the degree of interdependence” between them.

When they appealed their case over two days at the Immigration Appeal Division (IAD), a tribunal that adjudicates immigration decisions, AP explained that he felt love for AM and was committed to both her and their child. He also provided evidence of other mixed-orientation couples.

Despite this, their case was again shot down. The IAD was not persuaded that a gay man and a straight woman could "meet the sexual component of conjugal partnership.”

Specifically, the tribunal cited the fact that AM did not know the name of AP’s former partner or how long they were in a relationship, that AM feigned interest in AP’s relationship history, AM did not know how AP became HIV positive, and that AP did not tell AM he was gay until after their child was born.

The IAD determined that a lack of “communication and candour” between the couple was not consistent with a “genuine” conjugal relationship.

So the couple decided to legally challenge the case in court.

In her decision, Justice Janet M. Fuhrer harshly criticized the IAD, saying they treated the evidence in the case “unreasonably and unfairly.” The most egregious error, Fuhrer wrote, was the notion that a gay man and a straight woman can’t meet the sexual component of a conjugal relationship.

"I find the fact of their different sexual orientations does not foreclose the possibility of AP and AM establishing that they are in a committed relationship of some permanence,” Fuhrer wrote in her decision.

Still, the couple has not yet been reunited in Canada. Fuhrer’s ruling means that their case will now go back to the IAD, where it will be heard by a different member. Portokalidis said she hopes the new member will take into consideration what the judge said in her decision.

While the case is one of the few examples of mixed-orientation couples in Canadian case law, Portokalidis said there is growing evidence to show these sorts of relationships are becoming more common. She pointed to news articles and even television show like Netflix’s Grace and Frankie.

The problem in this case, she said, is that immigration officials who evaluated the facts took a closed-minded view as to what a couple can be.

“It goes back to people judging things that they don’t understand or that they cannot relate to, that they’ve never seen before. Just because someone hasn’t seen it doesn’t mean it can’t exist in reality.”