What to expect for Canadian real estate in 2021 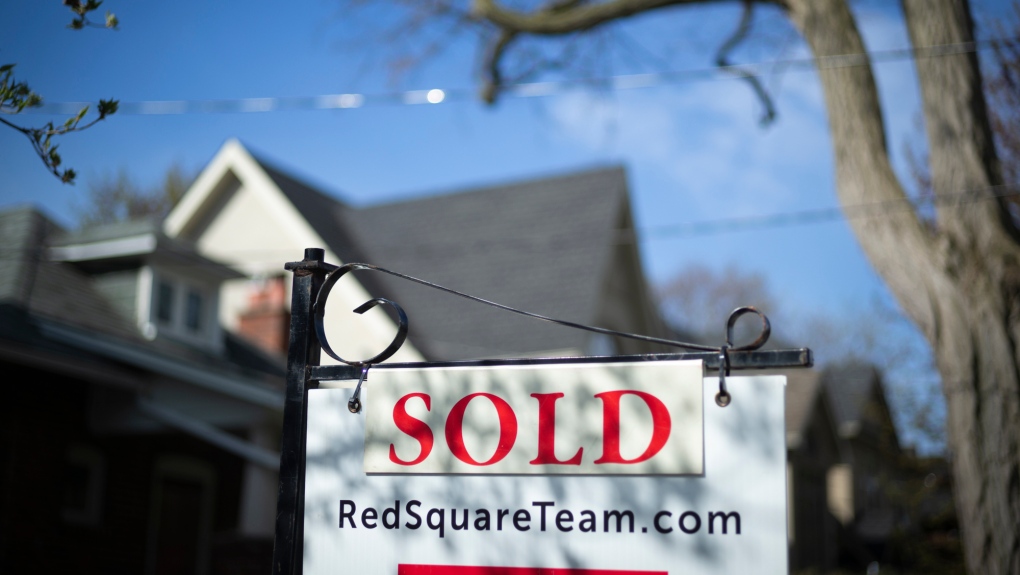 A real estate sold sign is shown in a Toronto west end neighbourhood May 17, 2020. THE CANADIAN PRESS/Graeme Roy

CTVNews.ca chatted with real estate agents and experts in Vancouver, Calgary, Toronto and Montreal to get their predictions for where the market is headed. While each expert expects 2021’s market to look a little different, they all anticipate that prices for mid-range detached homes will only go up as more Canadians seek out home offices and backyards to make life with COVID-19 a little more comfortable.

Ultra-low interest rates, introduced in the early days of the pandemic, are making those purchases particularly attractive for first-time buyers who haven’t seen their livelihoods jeopardized by COVID-19.

“COVID has made people appreciate the space that they live in — or on the flip side, not appreciate it,” Vancouver-based agent Mark Wiens told CTVNews.ca earlier in December. “They’re taking a more critical eye to where they live.”

While bidding wars for houses are poised to heat up in many parts of the country, condos are a different story. All the experts agreed that small one-bedroom condos in downtown cores have already seen a price hit in 2020, and these prices aren’t expected to quickly rebound in early 2021.

That’s bad news for condo owners looking to sell, but possibly good news for anyone keen to buy a small space in hopes that, eventually, the perks of downtown living will return.

Lauren Haw, CEO of Zoocasa, a real estate agency that offers market analysis, said a big reason for that surge was pent-up demand from the early months of the pandemic, when many buyers and sellers froze.

"Everybody locked in their homes discovered the things they wanted to change. Some people wanted to change their homes, invest in a bigger kitchen. Some other people decided, ‘I want a big change, I’m going to move out of the city,’” she said.

That’s translated into a “small-town revival,” Haw said, with cities and towns throughout southern Ontario seeing fierce competition for houses.

“We will see that trend continue to happen,” Haw said. “People who said, ‘I'm gonna buy this $600,000 one-bedroom condo in downtown Toronto,’ are now saying, ‘I can work from home in Barrie, Ancaster, Guelph or London.’ And people in London are doing the same and moving to Strathroy and Woodstock.”

If the economy continues to recover from COVID-19 shutdowns and interest rates remain low, that will likely translate into upward pressure on housing prices, Haw said.

In October, as Toronto house prices broke records again, the UBS Global Real Estate Bubble Index ranked Toronto third in the world on a list of cities most at risk of experiencing a property bubble. Vancouver, the only other city on the list, ranked eighth.

Haw doesn’t expect the bubble to burst in 2021.

“I don’t see a price correction coming in 2021. That being said, it’s been 30 years since a major correction in the Toronto real estate market,” she said.

"But this pandemic didn’t do it. What’s it going to take? I don’t know what it will be that will drive the Toronto market into price decline.”

Where she does expect to see prices suffer is in one-bedroom condos, particularly in buildings downtown with a high proportion of renters and Airbnbs. Condo sales fell 8.5 per cent in the city of Toronto in October, with far less interest in smaller units in the densely populated core.

“I don’t think we’re currently at the bottom of condo prices, so I do think urban condo prices will continue to suffer in Q1,” Haw said, adding that a vaccine could change that.

“I’d hope that means service centres start to recover, the economy starts to rebound, businesses rebound, everyone runs to their local restaurants, which will be good for the economy, so we see renters come back to the city. If renters come back, we won’t see investors need to sell off one-bedroom condos.”

Vancouver remains a seller’s market, according to the chairwoman of the Real Estate Board of Greater Vancouver. In November, the benchmark price of a Vancouver home hit $1,044,000, up 5.8 per cent from November 2019. The number of sales passed 3,000 for the first time since 2015, which marked the second-best November in the last 10 years.

In one word, 2020 has been “incredible,” according to Vancouver agent Mark Wiens.

“Except for April and May, we’ve seen huge year-over-year increases in the number of sales each month,” Wiens said.

For 2021, Wiens said he expects to see the prices of houses continue to rise at high levels, with all the time spent at home this winter giving people more time to reconsider their living situations.

“There is momentum going on and it’s not going break up any time soon,” he said.

Vancouver’s housing market has long been supported by foreign buyers. When COVID-19 arrived and the border shut down, there were concerns that the housing market could be rattled.

“People believed the market was solely fuelled by foreign buyers, that things would collapse because of travel restrictions … it hasn’t changed anything at all,” he said.

Similar to Toronto, Vancouver’s downtown condo market has taken a hit, with a three-per-cent decrease year over year in prices.

Wiens said that presents an opportunity for buyers.

“What I’m telling all my buyers is to buy downtown immediately, if you’ve considering it,” he said.

While the market for houses will likely remain competitive in early 2021, the first few months of the year could be the time to find a deal for downtown condos, Wiens said.

“So you’ll still be looking at a discount if you buy downtown in March 2021, I believe,” Wiens said.

As for a price collapse, Wiens agrees that 2021 isn’t the year, pointing to the high demand.

“A bubble burst is not imminent. It's just not going to happen. It’s really not.”

It’s a less rosy picture in Calgary. The pandemic arrived at a time when the city was still grappling with the repercussions of the struggling oil sector. Year-to-date sales were down nearly six per cent in October, despite a jump in sales that month.

Calgary-based agent Justin Havre pointed out that the average price for detached homes is flat in Calgary, at 0.74 per cent higher than in 2019. Fewer houses are being listed, with inventory down about 12 per cent.

The reason Calgary is facing challenges has a lot to do with the oil industry, Havre said.

“We experienced a bit of a double whammy because we’re very reliant on the energy sector here in Calgary, and we’ve been in a downturn since 2014, 2015 when oil prices collapsed. And so when they collapsed again, we were like, ‘Come on.’”

Based on economic indicators, such as Alberta having the second-highest unemployment rate in the country, Havre said he’s surprised the market is doing as well as it is.

The biggest drop in prices has been seen in the downtown condo market and luxury real estate over $1 million, Havre said. In one case, a house that sold for $11 million a few years ago sold in 2020 for $6 million -- a staggering drop that Havre said suggests luxury buyers are simply not interested in making a move.

Looking ahead, he expects 2021 will be another tough for Calgary, with more struggling homeowners facing foreclosure in the first half of the year.

As for opportunities to buy, Havre echoed the sentiment that condos in the downtown core will likely see reduced prices for a little while.

“There will be some great opportunities for buyers in the downtown area,” he said. “But the pandemic has really made people think long and hard about what it's like to live in apartment buildings. Do they feel comfortable living in such high-density environments when we are still in a pandemic?”

Montreal saw a major jump among all property types in 2020, with the city seeing a 32-per-cent leap in residential sales in November 2020 compared to November 2019. Median prices also jumped, with single-family homes up 17 per cent and condos up 14 per cent.

A limited supply of houses on the market helped fuel that price rally, with more buyers desperate for extra space competing for fewer properties, according to Montreal-based real estate agent Georges Bardagi.

The pandemic is also pushing people outside city centres, he said.

Montreal’s condo market is a bit of an outlier, Bardagi said, compared to cites like Toronto and Vancouver. Prices in Montreal haven’t seen the same drop in price because Montreal simply doesn’t have the same number of condos.

“It’s still very much a growing market,” he said. “The demand for condos downtown has slowed down like everywhere else, but I think the effect is probably smaller in Montreal.”

While the emergence of the pandemic was expected to knock down housing prices, Bardagi suggested that, now, the opposite is true: as vaccines are introduced and the economy returns to normal, he suspects more people will feel comfortable listing their houses. With more properties on the market, housing prices should stabilize, he says.

“We expect Q1 and Q2 to be more of the same until a vaccine comes in and we come back to a somewhat more regular situation, which will probably be in the summer or next fall,” he said.

One factor that could make a major difference is when Canada decides to reopen the borders. Bardagi said he anticipates a surge of foreign buyers who’ve been waiting in the wings will flood the market.

“If that happens in the second half of 2021 or the first half of 2022, it’ll be a game changer,” he said. “There will be planes full of people who want to move here and buy here.”

Bardagi said it can sometimes be easy to forget how attractive life in Canada can be to outsiders, and that a new wave of international buyers could throw gasoline on an already burning real estate market.

“Besides winter and road construction, it’s a great place to live.”