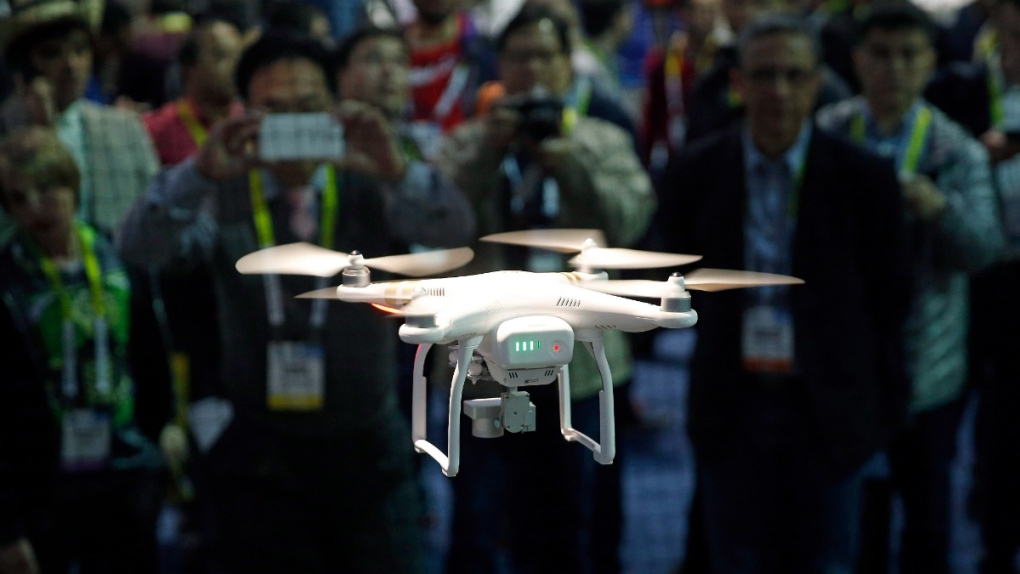 A drone hovers at the DJI booth during CES International in Las Vegas, on Jan. 7, 2016. (John Locher / AP)
WASHINGTON -

The U.S Defence Department added more Chinese companies, including drone maker DJI Technology and surveillance equipment maker Zhejiang Dahua Technology, to a blacklist that subjects them to an investment ban for Americans.

BGI Genomics Co Ltd, which runs a massive gene databank and has DNA-sequencing contracts with health firms and universities worldwide, and CRRC Corp, which engages in the manufacture and sale of rail transit equipment, were also among the 13 companies added to the list released by the Pentagon on Wednesday.

Last year, a Reuters review of scientific papers and company statements found that BGI developed its prenatal tests in collaboration with the Chinese military and was using them to collect genetic data for sweeping research on the traits of populations.

"The Department is determined to highlight and counter the People's Republic of China's Military-Civil Fusion strategy, which supports the modernization goals of the People's Liberation Army by ensuring its access to advanced technologies and expertise are acquired and developed by PRC companies, universities, and research programs that appear to be civilian entities," the Pentagon said in a statement.

An initial tranche of about 50 Chinese companies that included telecoms equipment maker Huawei HWT.UL had been added to the U.S. list in June last year.

At that time, President Joe Biden signed an executive order that banned U.S. entities from investing in the dozens of Chinese companies with alleged ties to defence or surveillance technology sectors.

The order aimed to prevent U.S. investment from supporting the Chinese military-industrial complex, as well as military, intelligence, and security research and development programs.

It was part of Biden's broader series of steps to counter China, including reinforcing U.S. alliances and pursuing large domestic investments to bolster American economic competitiveness, amid increasingly sour relations between the world's two biggest economies.

Reporting by Kanishka Singh in Washington; editing by Chris Sanders and Leslie Adler