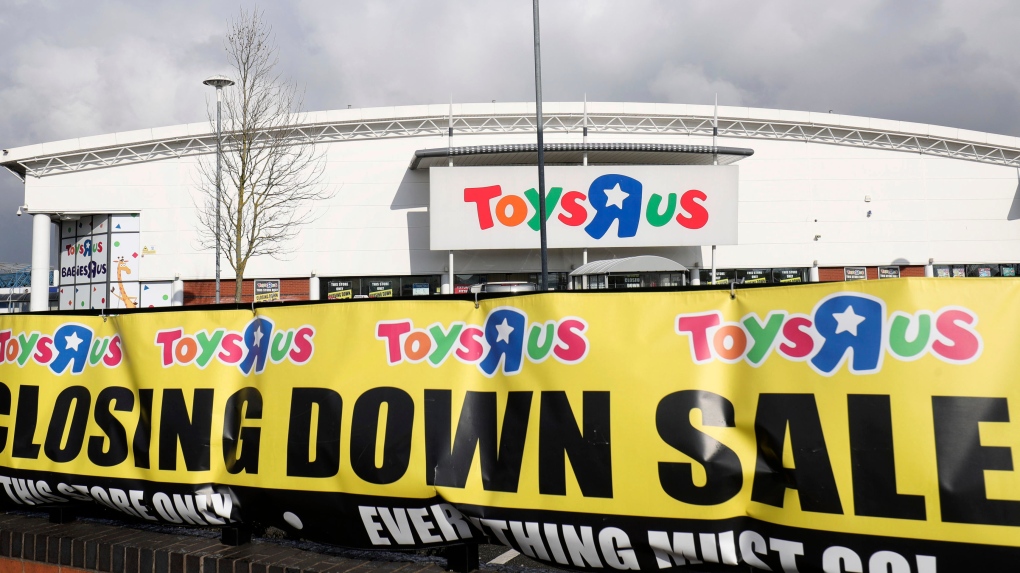 In this Feb. 27, 2018 file photo, a branch of Toys R Us at St Andrews retail park in Birmingham, England, displays a closing down sale banner. (Aaron Chown/PA via AP, File)

TORONTO -- Toys R Us Canada maintains it's still business as usual, even as its U.K. counterpart announced it would shutter all 75 locations in the country.

It's the same message the company repeated last week when it was reported that Toys R Us would liquidate its U.S. operations after filing for bankruptcy.

Toys R Us Canada's vice-president of marketing and store planning Clint Gaudry says its 82 Canadian stores will remain open for business and the company will continue to honour its existing customer policies and baby registry, gift card and loyalty point programs.

The Canadian arm filed for creditor protection in September, a day after the U.S. division filed for bankruptcy.

In January, Toys R Us announced it would also close 180 stores in the U.S. in the coming months.

Toys "R" Us is the latest brick-and-mortar retailer to struggle amid growing competition from online merchants and changing consumer preferences, after Sears Canada filed for CCAA protection in June.