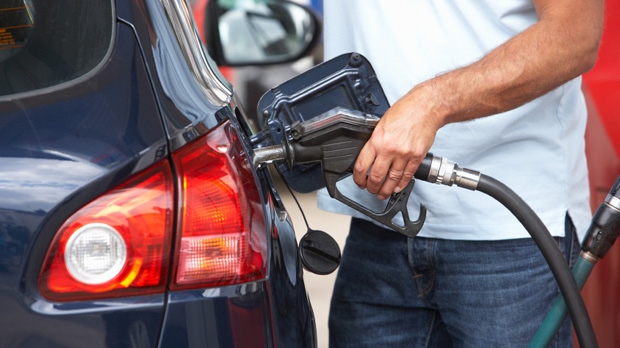 CALGARY -- Shell Canada is letting carbon-conscious customers get their two cents in for the environment while filling up at one of its 1,400 stations across Canada.

The Canadian branch of Royal Dutch Shell is launching its Drive Carbon Neutral program on Thursday to allow customers to help it buy offset credits to reduce net carbon dioxide emissions from the production, refining and burning of fossil fuels.

"We see a lot of demand from customers to start helping. How can a customer who maybe can't afford to buy an electric car, but wants to do something to help the environment, get involved?" said Shell Canada president Michael Crothers in an interview.

“This is part of the transition while we continue to shift our energy mix as a company towards renewable power and renewable fuels.”

The program offered through Shell's EasyPay app will be free of charge until the end of December when those who choose to continue will be asked to contribute two cents per litre.

When customers opt-in via the app, Shell says it calculates the amount of carbon emissions that will be produced by the fuel they purchase and buys the equivalent in carbon credits to offset the emissions. It said it is sourcing carbon credits from the Darkwoods Forest Carbon Project, an initiative of the Nature Conservancy of Canada.

It's believed the program is the first of its kind in Canada, Crothers said, adding Shell's similar offerings in Europe have been well-received, with nearly 20 per cent of customers in Netherlands, for example, signing up.

The move was denounced as “pure greenwashing” by Keith Brooks, program director at Environmental Defence.

“Not only does it put the onus on the individual consumer instead of a massive polluter like Shell, it also offers them the chance to seek absolution for their climate sins rather than grappling with the fact that we need to get off of fossil fuels, gasoline included,” he said in an email on Thursdayl.

“And yet more insidious, the green veneer is obscuring Shell's ongoing efforts to stymie and scuttle climate policy through their membership in Canada's regressive climate lobby group, the Canadian Association of Petroleum Producers.”

“Our communities were devastated by the wildfires in 2017, which were the result of poorly managed forests,” said Chief Joe Alphonse, tribal chairman for the Tsilhqot'in National Government, in a statement.

“The reforestation project is an opportunity for economic growth within our nation and will help to ensure that the forests are properly managed for the benefit of all here now, and for future generations.”

The cost of the two-year tree-planting project isn't being released. Crothers said the funding has been approved even though the current regulatory system doesn't allow Shell to obtain carbon offset credits from it, although the hope is that could change in the future.

Royal Dutch Shell plans to invest US$200 million in 2020 and 2021 in natural ecosystems as part of its global climate change program. The company has set a target of being a net zero emitter by 2050.

Shell's presence in Canada was reduced in 2017 when it sold most of its Alberta oilsands assets to Calgary-based Canadian Natural Resources Ltd., although it is the operator and retains a 10 per cent interest in the Scotford upgrader and Quest carbon capture and storage project near Edmonton, located next to its 100 per cent owned refinery and chemicals plants.

It also heads up the consortium building the $40-billion LNG Canada export project on the West Coast and retains interests in conventional oil and gas production.

This report by The Canadian Press was first published Nov. 12, 2020