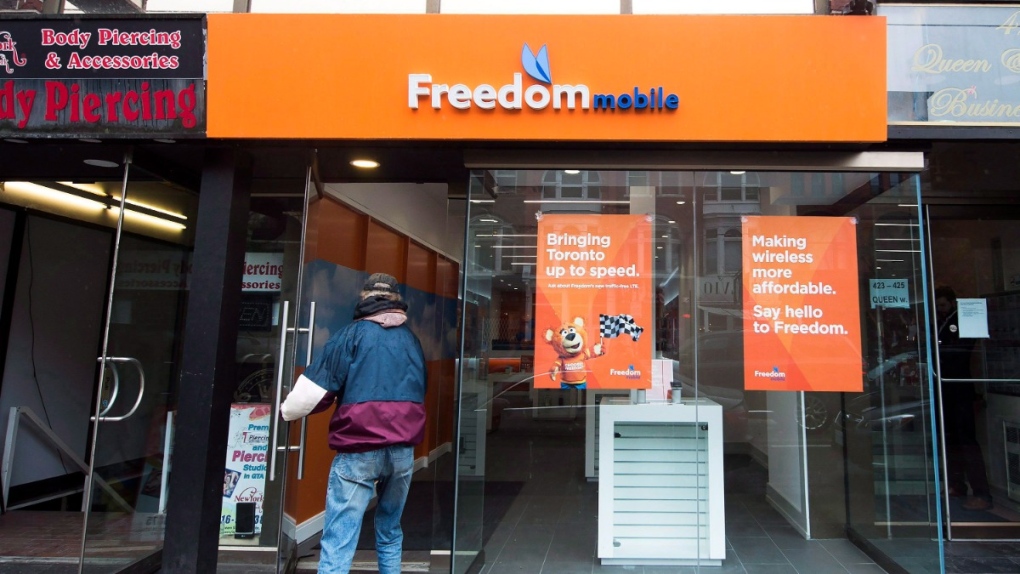 Rogers will sell Shaw-owned Freedom to Videotron Ltd., which is owned by Quebecor, for $2.85 billion in a deal it hopes will appease the concerns of federal regulators about its $26-billion proposed takeover of Shaw.

The parties said Friday in a news release that the agreement is consistent with the terms agreed upon on June 17 when the deal was first announced, and is subject to regulatory approvals and the closing of the merger of Rogers and Shaw.

The sale will see Quebecor buy all of Freedom's branded wireless and internet customers as well as all of Freedom's infrastructure, spectrum and retail locations in a move that would expand Quebecor's wireless operations nationally.

The parties said the combination of Freedom and Videotron will create a strong fourth national carrier and address the concerns raised by the Commissioner of Competition and the Minister of Innovation, Science and Industry regarding the Rogers-Shaw transaction.

"We are very pleased with this agreement, and we are determined to continue building on Freedom's assets," said Quebecor CEO Pierre Karl Peladeau in the news release.

Quebecor beat out several other parties to reach the deal.

Globalive Capital signed a network and spectrum sharing agreement with Telus Corp. in May to boost its bid to purchase Freedom. Formerly known as Wind Mobile, Freedom was founded by Globalive founder and chairman Anthony Lacavera in 2008.

In a statement, Lacavera said the agreement is the "latest in a long series of fake competition proposals put forward to keep wireless prices high at the expense of Canadians, many of whom are already struggling with inflation."

The formalization of the Freedom sale comes as Rogers continues to deal with the fallout from the July 8 service outage that impacted millions of Canadians for days.

In response to the outage, Rogers promised to split its wireless and wireline services to help make sure its customers don't experience an outage with both cellular and internet services again, which the company has said will cost $250 million.

Additionally, Rogers has committed to spending $10 billion over three years to increase oversight, testing and the use of artificial intelligence to ensure reliable service.

It has also said that it is making progress on a formal agreement with Canada's other telecom companies to switch 911 calls to one another's networks automatically in the event of an outage.

A week after the outage, Federal Industry Minister Francois-Philippe Champagne said the situation would be on his mind as he weighs the Rogers-Shaw deal.

So far, the deal has only been approved by the Canadian Radio-television and Telecommunications Commission.

Last month, Rogers extended the deadline to complete its transaction with Shaw to Dec. 31. Rogers said the closing date may be extended even further to Jan. 31, 2023.

The closing date has been delayed several times.

This report by The Canadian Press was first published Aug. 12, 2022