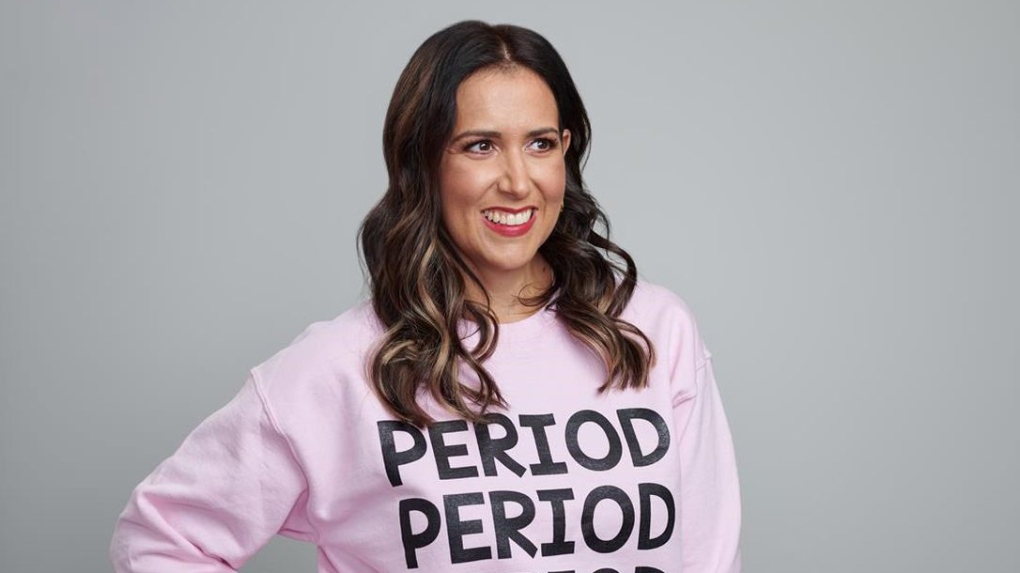 On the first day of her period, Amy Saunders says she's often stuck in bed with a hot water bottle, downing painkillers and drinking tea.

"I've always had painful periods," she says. "I've definitely had to use sick days or vacation days in the past."

The Kitchener, Ont., maker of the DivaCup menstrual device has adopted a paid period leave policy offering menstruating workers a day off a month. Its decision comes amid a growing focus on employee well-being that emerged during the pandemic, with some workplaces expanding mental health benefits or making hybrid work arrangements permanent.

The company says the policy takes aim at the stigma surrounding periods in the workplace -- an age-old taboo that's left menstruating co-workers covertly sharing tampons, Advil and heating pads to cope with symptoms while in the office.

"Any person who menstruates can take up to 12 paid days off per year," Diva founder and CEO Carinne Chambers-Saini said in an interview. "There's no doctor's note required. If you are suffering and you need that day, we take your word for it."

A 2020 study in the Journal of Obstetrics and Gynaecology Canada found that more than 500,000 women in Canada aged 18 to 49 reported experiencing endometriosis, with symptoms ranging from fatigue and nausea to severe cramping and pain.

Diva has previously accommodated workers in the past that suffered from painful periods, including those with conditions such as endometriosis and polycystic ovary syndrome, but Chambers-Saini said the new policy makes it official.

"We're encouraging people to not feel shame around it," she said. "Diva is a period positive company and our brand values are rooted in equity and body autonomy, so this fits into that mission and helps destigmatize menstruation."

The company -- which manufactures the reusable silicone DivaCup in southern Ontario -- has a workforce of about 50, roughly three-quarters of whom are female. The paid period leave comes on top of eight paid sick and personal days, one paid volunteer day and annual leave.

Chambers-Saini said her team researched paid menstrual leave before implementing the policy and wasn't able to find another company in Canada offering the benefit.

Paid and unpaid menstrual leave have been implemented in Zambia and several Asian countries, including Japan, Taiwan and South Korea. But in some cases the benefit is rarely used.

Sarah Kaplan, a professor and director of the Institute for Gender and the Economy at the University of Toronto, applauded the goal of destigmatizing menstruation but questioned whether Diva's sick leave policy could be effectively implemented more broadly.

"Any policy that becomes gendered in our society gets devalued, and therefore the people who take advantage of the policy are seen as lower status, lower value and less committed to the organization," Kaplan said.

"The risk is that it could serve to further marginalize people who menstruate ... it could reinforce certain gender-based status hierarchies."

Because of this, she said it's unlikely menstrual leave would have widespread uptake if more companies adopted it.

"It was introduced because they thought women were fragile or might lose their fertility if they worked during their period," she said. "The policy is on the books, but almost no women use it because it's either too embarrassing to talk about or they don't want to be seen as less committed."

Rachael Newton, who founded Toronto-based menstrual cup maker Nixit Ltd. in 2018, said it's important to foster a company culture where periods can be discussed as openly as headaches.

"Menstrual health is health and should be universally treated as such," she said in an emailed statement. "It's wonderful to see this paradigm penetrating larger companies, especially in this space."

Newton added that Nixit's employees are encouraged to take paid personal time for menstrual, mental or physical health. She added that the company, which has fewer than 10 employees, does not limit on the number of days they can take.

For companies like Nixit and Diva, paid menstrual leave is well-aligned with their culture and values, said human resources expert Jennifer Hargreaves.

"It's a woman-led company offering women's products that's trying to take away some of the stigma and taboo around menstruation, so it makes so much sense," said Hargreaves, the founder of Tellent, a Toronto-based recruitment organization that aims to increase gender equity and women's economic contribution in the labour force.

"You've got the psychological safety and the culture there because you're already talking about it every day."

But it could be hard to implement paid menstrual leave more broadly at companies that don't have the culture to back it up, Hargreaves said.

Some people may not feel comfortable asking a male manager for a day off because of their period out of fear of being seen as not fully committed to the organization, she said.

"I think it really comes down to the culture of the company and I think bias and discrimination could possibly show up if the culture is not there," Hargreaves said.

U of T's Kaplan said the pandemic has made it clear that many workers don't have access to paid sick leave, period.

"My priority would be to ensure everyone has access to paid sick leave and they can do with it what they need to."