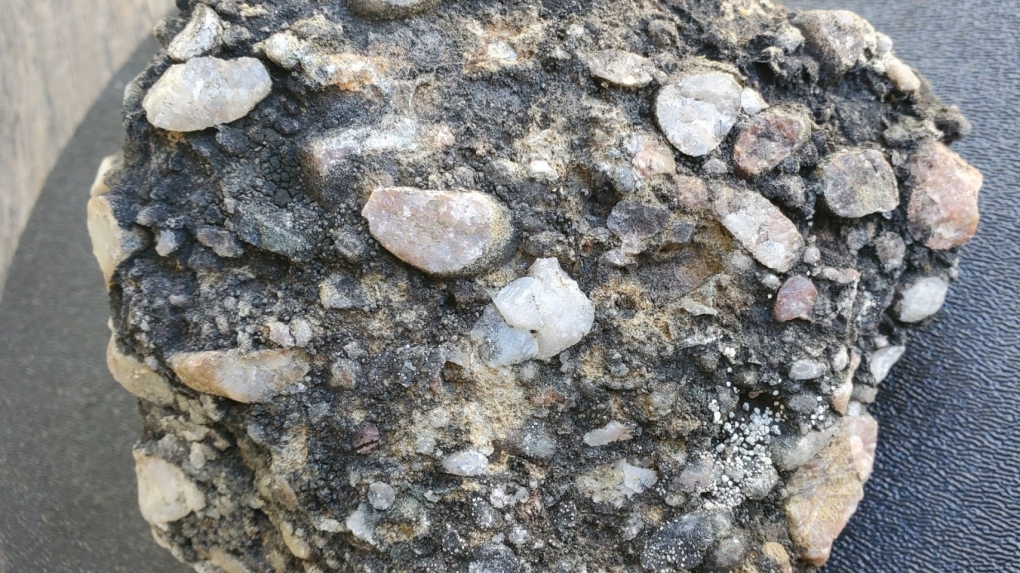 The researchers noted that finding new diamond deposits in Canada's North is critical if the country is to continuing to host a $2.5-billion-per-year diamond mining industry. (University of Alberta)

TORONTO -- A group of Canadian researchers, who discovered diamonds in a small rock sample found in an unrealized gold deposit in Nunavut, say their findings hint at the possibility of new deposits in the area that are similar to the world's richest gold mine.

According to a press release issued in October, the new research "fills in blanks" about the thermal conditions of Earth's crust three billion years ago.

The findings are set to be released in two studies at the virtual fall meeting of the American Geophysical Union between Dec. 1-17.

Graham Pearson, researcher in the Faculty of Science and Canada Excellence Research Chair Laureate in Arctic Resources, said in the release that "diamonds and gold are very strange bedfellows."

"They hardly ever appear in the same rock, so this new find may help to sweeten the attractiveness of the original gold discovery if we can find more diamonds," Pearson said.

While Pearson acknowledges that the diamonds they found are "small and not economic," he says the unusual outcropping has close similarities to the world's largest source of gold in South Africa.

"They occur in ancient sediments that are an exact analog of the world's biggest gold deposit -- the Witwatersrand Goldfields of South Africa, which has produced more than 40 per cent of the gold ever mined on Earth," Pearson said.

The researchers noted that finding new diamond deposits in Canada's North is critical if the country is to continuing to host a $2.5-billion-per-year diamond mining industry.

Pearson explained that this outcrop of rocks, known as conglomerates, are basically the erosion product of old mountain chains that get deposited in braided river channels.

The researchers used mass spectrometry equipment at the University of Alberta to date the 15 kilograms of conglomerate from Nunavut, which established the deposition to be from approximately three billion years ago.

The group delivered their samples to the Saskatchewan Research Council, the world leader in quantifying how many diamonds are in a rock, and learned the rocks had produced three diamonds.

While the diamonds were less than a millimetre in diameter, Pearson says the geologic implications are "immense."

Pearson said there must have been kimberlite or rock-like kimberlite present to carry these new found diamonds to Earth's surface.

Kimberlite pipes are the passageways that allow magma to erupt diamonds and other rocks and minerals from the mantle through the crust and onto the Earth's surface, according to the release.

Researchers say these new samples found in Nunavut likely derived from a small, deep but cool lithospheric root, which is the thickest part of the continental plate.

Pearson explained that stable diamonds exist only in cool parts of Earth’s mantle. He says the samples suggest there must have been deep, perhaps 200-kilometre-thick cold roots beneath parts of the continent very early in Earth's history.

"This is something completely unexpected from what we think conditions were like three billion years ago on Earth," Pearson said.

Pearson said more research is continuing on similar nearby outcrops in Nunavut to establish the extent of the diamonds and gold in these rocks, and the possible primary sources of these minerals.