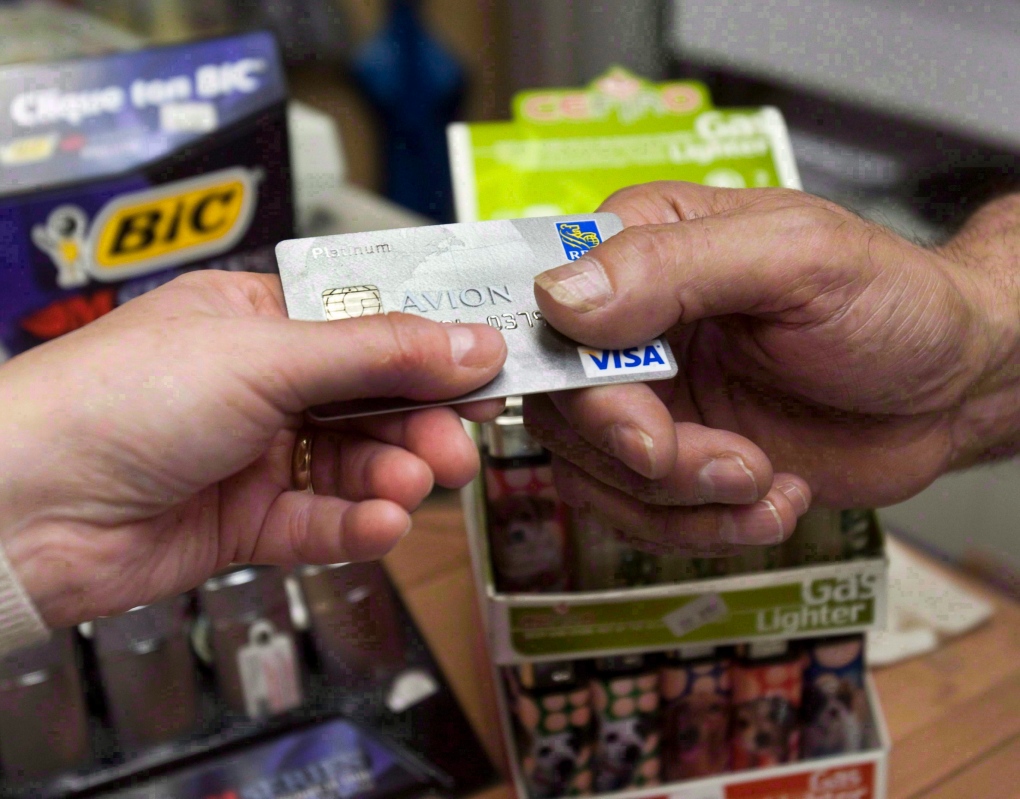 A consumer pays with a credit card at a store in Montreal on July 6, 2010. (Ryan Remiorz / The Canadian Press)

OTTAWA -- The proportion of Canadian households in debt and the amount they owe has grown in recent years, according to a report by Statistics Canada.

The agency also said 35 per cent of families owed more than twice their annual after-tax income, compared with 23 per cent of Canadian families in 1999.

Statistics Canada also said that while the data suggests Canadian families became more indebted over the period, they did so against a backdrop of rising asset values, notably real estate worth.

The Bank of Canada and others have long suggested that consumer debt remains a key risk to the economy.

Though the report only included results for Canadian debt up to 2012, more recent data suggests little has changed.

In a report last month, Statistics Canada said households in the fourth-quarter of last year owed about $1.63 in consumer credit, mortgage, and non-mortgage loans for every dollar of disposable income.

"Such results suggest that the value of assets rose at least as rapidly as the value of debt for many Canadian families," Statistics Canada said.

"In fact, median assets increased by 80 per cent while median debt was up by 64 per cent."