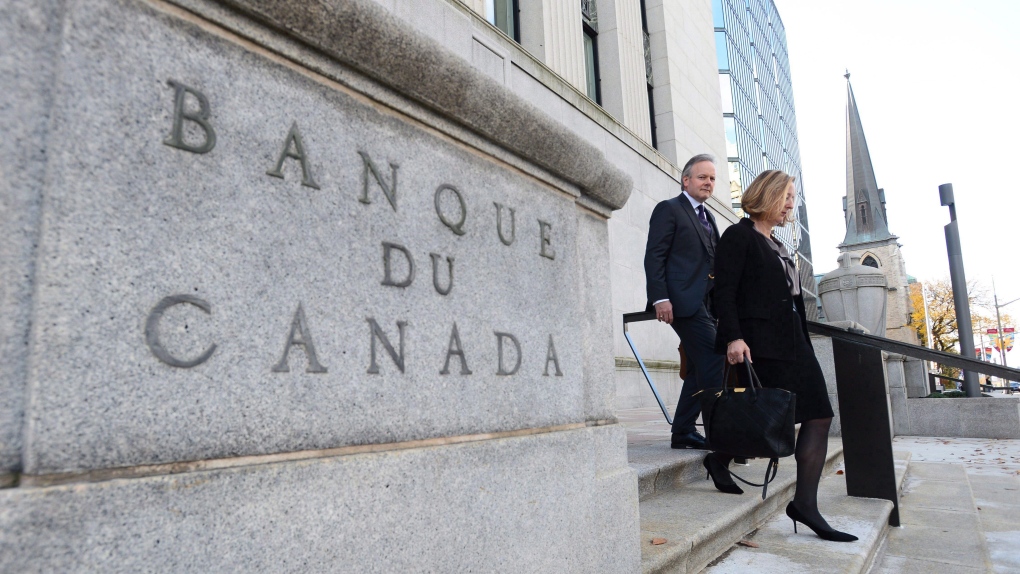 OTTAWA -- Canada's housing market and high levels of consumer indebtedness remain the top vulnerabilities for the financial system, but both have shown signs of easing, according to the Bank of Canada.

The central bank said in a report Thursday that worries about the amount Canadians owe have begun to pull back, but it remains a concern.

"Because the total amount of debt carried by Canadian households is so large, we know that it will be with us for a long time," Bank of Canada governor Stephen Poloz told a news conference.

The assessment came in the Bank of Canada's latest financial system review, which assesses key vulnerabilities that could amplify or propagate economic shocks.

Key risks associated with the vulnerabilities include a severe recession, a house price correction in overheated markets and a sharp spike in long-term interest rates.

Federal mortgage lending rules have been tightening in recent years with the application of stress tests on borrowers. New rules implemented at the start of this year introduced a test for borrowers who do not require mortgage insurance and had not previously been subject to stress testing.

The central bank said it will monitor the extent to which borrowers seek out alternative lenders, such as credit unions and private lenders, who are not always subject to the federal rules.

"It's still too soon to fully assess the impact of the newest changes to mortgage lending guidelines," said Poloz, who added the bank is scrutinizing the housing and mortgage data as it becomes available.

The tighter lending rules, and higher mortgage rates from lenders, have helped to cool the housing market in recent months from its red-hot pace it set at the start of last year.

The central bank has raised its key interest rate three times since last summer and it is expected to raise it again later this year, perhaps as soon as July. The increases have prompted the big Canadian banks to raise their prime rates which are used to set the rates charged for variable-rate mortgages and other floating-rate loans. The cost of new fixed-rate mortgages has also climbed in recent months as bond yields have risen.

In assessing the housing market risk, the report noted that housing price growth has slowed, led by a drop in the Greater Toronto Area. However, it said the condominium markets in Toronto and Vancouver remain strong with some evidence of speculative activity.

In addition to household debt and the housing market, the report also identified cyberattacks as a key area of concern.

"Even as defensive capacity improves across the financial system, some attacks will inevitability succeed," the report said. "Having strong recovery plans can help to quickly restore financial system functioning and prevent a loss in confidence."

Last week, two of Canada's biggest banks warned that personal and financial information of up to 90,000 customers may have been accessed by "faudsters."

The Bank of Canada report comes as fears of a trade war have increased with the U.S. implementing new tariffs on steel and aluminum imports and Canada replying with its own tariffs on U.S. goods.

Poloz said the impact of the tariffs will be part of the Bank of Canada's next monetary policy report, but added that the overall economic backdrop has improved over the past six months and that's good for the financial stability.

The Bank of Canada also announced Thursday that it will no longer publish its financial system review report twice a year.

The report will become an annual review published in June and a member of the bank's governing council will make a speech in the fall to update its assessment of the vulnerabilities and risks to the financial system.

It will also create a new financial system hub on its website that will publish research and analysis throughout the year.

The Bank of Canada's quarterly monetary policy report will also include a more in-depth discussion of the relevant issues as warranted.