Here's how much you'll probably spend this Christmas 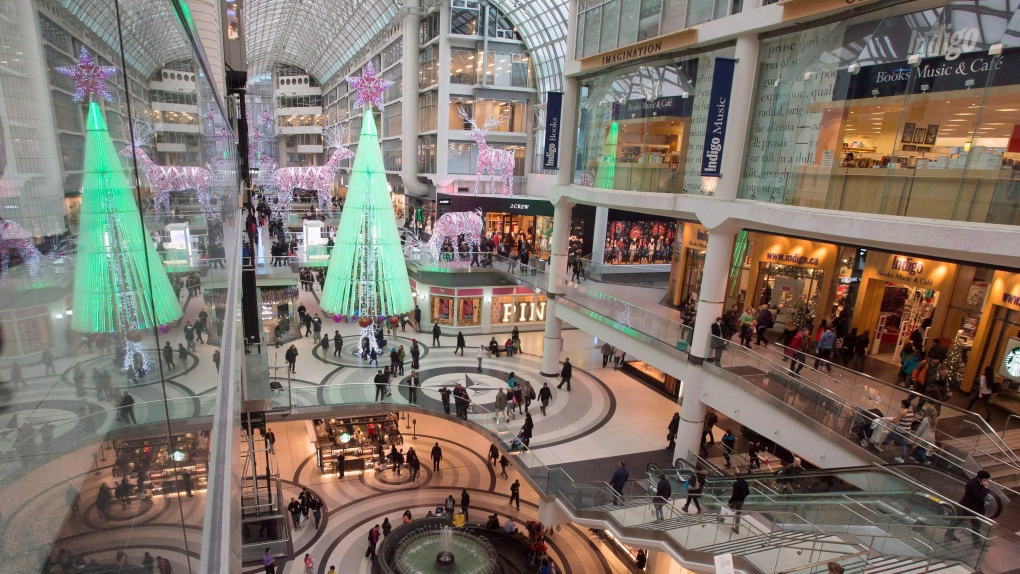 In this file photo, last minute shoppers file through the Eaton Centre shopping centre in Toronto on Wednesday, December 24, 2014. (THE CANADIAN PRESS/Frank Gunn)

If you’re an emotionally stable senior living in Atlantic Canada, chances are you have an expensive month ahead -- and the financial stress could be crushing.

That’s according to a series of surveys that paint a troubling picture of holiday shopping in Canada. Many Canadians say they eventually regret spending too much on gifts, and the vast majority of shoppers are willing to go into debt to impress their loved ones. But the reason behind the excessive spending may be linked to feelings of confidence in Canada’s economy.

The average Canadian will spend $643 on holiday gifts, according to a survey commissioned by the Chartered Professional Accountants of Canada (CPA). The Retail Council of Canada (RCC) pegged the cost slightly higher, at $675 per shopper.

Those numbers only represent budgets, not dollars spent. It’s an important distinction considering that one in three Canadians say they overspent last year, according to the RCC report.

And many Canadians may not be prepared to spend this year. The CPA report surveyed 2,002 adults across the country and found that 64 per cent don’t save throughout the year for the holidays. Almost half, or 46 per cent, don’t plan out their spending in advance, and seven in 10 said they will likely go over budget this year for their children or significant other.

All that spending could lead to a holiday hangover. According to a recent Manulife report cheekily titled “Debt the halls with bills of holly,” three in 10 Canadians end up regretting how much they spend for the holidays. Another 60 per cent say they’re willing to go into debt for the sake of putting gifts under the tree.

Who’s spending the most? If you guessed millennials, known for their exorbitant brunching and expensive taste in coffee, you’re wrong.

A CIBC survey from 2017 found that millennials budget around $555 for gifts -- less than any other demographic. Those 55 and older expected to spend about $141 more than millennials, for a total of $696. Canadians aged 35 to 54 planned to spend around $669.

The three groups had one thing in common: they all think they’re spending too much. The majority of participants, 64 per cent, agreed with the statement “holiday spending is out of control.”

And while CIBC’s findings reflect the 2017 shopping season, a new Forum Research poll suggests that most Canadians plan to spend as much as they did last year on holiday purchases.

Holiday splurging may be due to feelings of financial stability. Of the 1,477 consumers polled by Forum Research, 74 per cent said that their financial situation this year is the same or better than it was last year. On a wider scale, the majority of participants -- 66 per cent -- said they had some or a lot of confidence in Canada’s current economy.

Your emotional state may also play a role. According to new research, emotionally stable people spend more money during the holidays, and people who are nervous spend less.

The report, published in the journal Social Psychological and Personality Science, looked at more than two million transactions among a group of 2,133 study participants. Researchers then compared results with what are known as the “big five personality traits”: openness to experience, conscientiousness, extraversion, agreeableness and neuroticism.

Researchers found that those who were more emotionally stable spent more money over the holidays. Big spenders also tended to rank low in “openness,” signalling a lack of imagination and resistance to new ideas.

On the flip side, participants who were more creative, neurotic and less conscientious tended to spend less money.

But gift giving isn’t the biggest expense of the holidays, according to the Retail Council of Canada. Most Canadians anticipate spending one-fifth of their holiday budget on entertaining costs such as food and alcohol.

The next biggest anticipated costs include:

Those estimates line up with 2016 figures from Statistics Canada that found that, during the month of December, Canadians spent $5.1 billion on food and drinks, followed by $459.9 million on televisions and audio equipment and $417.8 million on toys, games and hobby supplies.

Here's how much you'll probably spend this Christmas