Ferrari earnings surge back to growth in second quarter 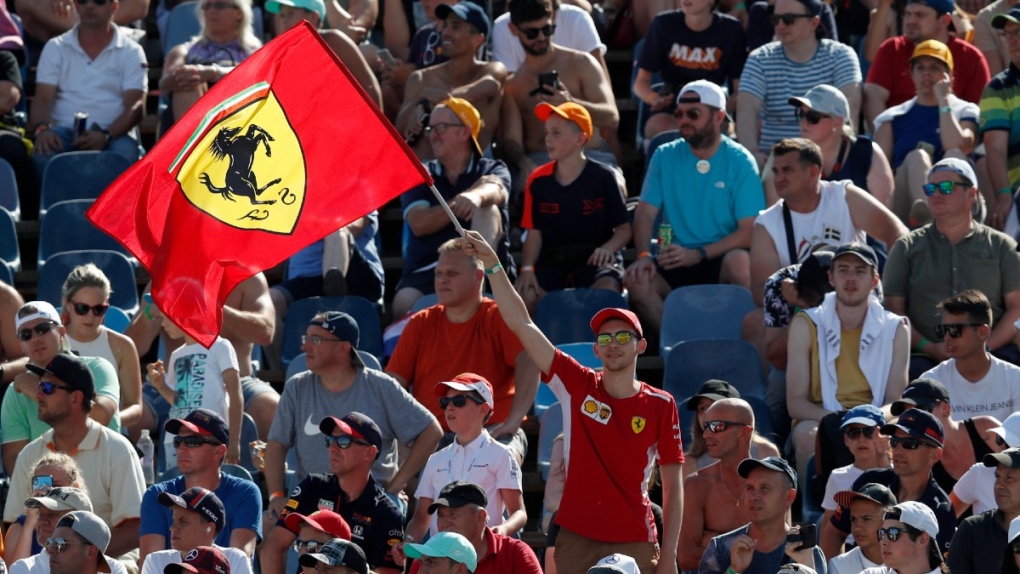 A fan waves a Ferrari flag during qualifying for the Hungarian Formula One Grand Prix, on July 31, 2021. (David W Cerny / Pool via AP)

MILAN -- Luxury sports car maker Ferrari has surged back to second-quarter growth, posting a 206-million-euro (US$245 million) profit on Monday after seeing its earnings drop precipitously in the same period a year ago due to the pandemic shutdown.

Based in the northern Italian city of Maranello, Ferrari said net profit for the three months ending June 30 compared with 9 million euros last year, when the company was forced to shut production for seven weeks. It was also an improvement over the 184-million-euro profit posted in the same period of 2019, before the pandemic.

Interim CEO John Elkann said June marked a record in orders at the luxury carmaker, noting that general trends show the age of new Ferrari buyers is going down while the number of women placing orders doubled.

"This speaks to the unique and enduring power of Ferrari," Elkann told an analyst conference call.

Shipments nearly doubled in the quarter to 2,685, along with net revenues, which surged to 1.03 billion euros from 571 billion euros a year earlier. That was also an improvement of 5% over the same period in pre-pandemic 2019.

Ferrari has announced a new CEO, Benedetto Vigna, an Italian executive, at Europe's largest semiconductor chipmaker, who will start his tenure Sept. 1. The company announced a capital markets day to outline strategy under the new CEO for June 16, 2022.

The challenge for the decade from 2030-2040, he said, will be focused on carbon neutrality, which "will mean changes in the energy supply and could lead to alternatives," such as synthetic e-fuels or hydrogen.