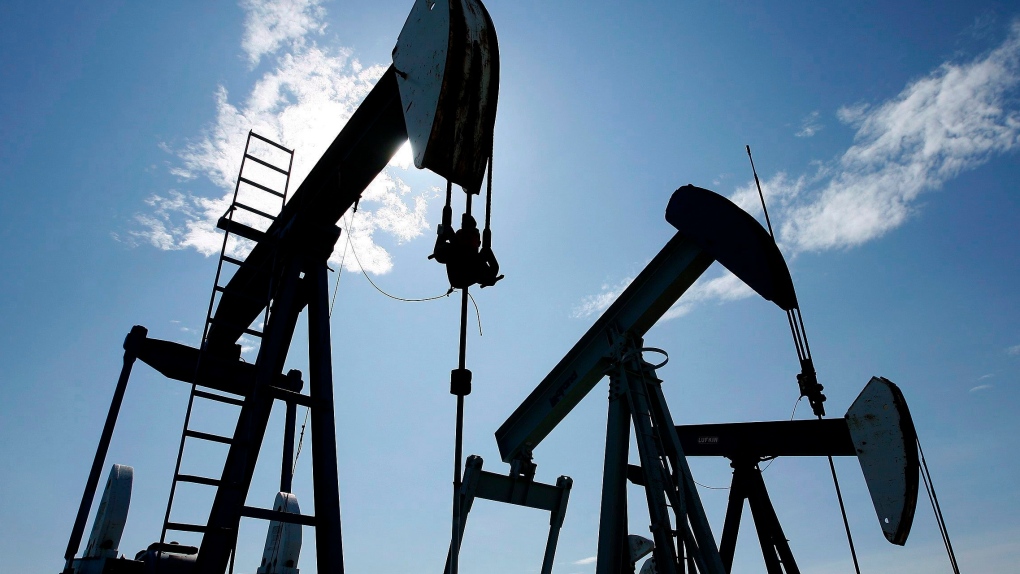 OTTAWA -- New research shows Export Development Canada provides 12 times as much financial backing to oil and gas companies as it did to clean technology companies over the last five years.

The findings by lobby group Oil Change International show that the federal government's export-financing agency provided $62 billion in backing to oil and gas companies between 2012 and 2017, compared to the $5 billion offered to the clean-tech sector.

The report was released in partnership with a number of Canadian environment groups, which want Ottawa to redefine Export Development Canada's mandate to move entirely away from financing the oil and gas sector by 2020. The agency has several programs aimed at helping Canadian companies sell abroad, including lending them money directly to scale up production and lending to buyers of Canadian products.

Patrick DeRochie, the climate and energy program manager at Environmental Defence, says Canada cannot claim to be a climate leader when it is offering billions of dollars to companies that spew carbon dioxide and other greenhouse gases into the atmosphere.

Ottawa is in the midst of a review of Export Development Canada that's required every 10 years and DeRochie said this is the perfect time to align the priorities of the agency with Canada's climate-change policies to cut emissions between 25 and 30 per cent from current levels by 2030.

Shelley MacLean, a spokeswoman for EDC, said Thursday the agency welcomes the report and is studying it "with interest." MacLean said in 2017, EDC worked with 225 Canadian clean-tech companies, up from the 113 companies supported between 2012 and 2015.

The EDC funds are beyond the $3.3 billion in tax incentives and other government subsidies to oil companies provided annually by Ottawa and the provinces.

As part of the G20 group of nations, the world's biggest economies and biggest emitters of greenhouse gases, Canada committed to eliminating "inefficient" fossil fuel subsidies back in 2009. No country has made significant progress on that front, Canada included, and the G20 hasn't yet even defined what "inefficient" means.

Prime Minister Justin Trudeau is widely expected to attend the G20 summit in Argentina next week, where countries are supposed to report on progress toward the fossil-fuel phase-out. Earlier this year Canada and Argentina agreed to do a peer review of each others subsidies but that work has no timeline for completion.

The 2017 federal budget got rid of some tax incentives for successful oil exploration, and the previous Conservative government eliminated a policy that allowed oil producers to write off capital investments faster than other industries can.

However in Wednesday's fall fiscal update the Liberals introduced a new policy to allow any manufacturer or processing company in Canada, including oil producers, to write off the full cost of capital investments in machinery and equipment as soon as the new gear goes into use.

The main difference in the new policy is that is not specific to oil producers but is available to all manufacturing and processing companies. The government also made the same tax incentive available to capital investments in clean technology equipment.

DeRochie said Environmental Defence has been asking the Department of Finance for two years to do the exact opposite with capital cost allowance write-offs for oil companies and phase them out entirely.

"The department didn't agree with us," he said.

Mike Moffatt, a former economics adviser to Trudeau and now the senior director of policy and innovation at the University of Ottawa's Smart Prosperity Institute, said the government doesn't have to make a full choice to support only clean tech or only the oilpatch. He said in fact many clean-tech solutions in Canada affect the oilpatch, with innovations that produce or burn fossil fuels with fewer emissions released into the atmosphere.

But Moffatt said the government should do more to promote Canada's clean-tech sector. Smart Prosperity wants a tax credit included in the next federal budget for people who invest in clean-innovation companies. Moffatt said there are gaps in funding for Canadian companies to scale up their production and additional federal help, particularly aimed at start-ups, would go a long way to helping Canada's clean-tech industry expand.