Details emerging about Gerald Cotten, the young founder of QuadrigaCX 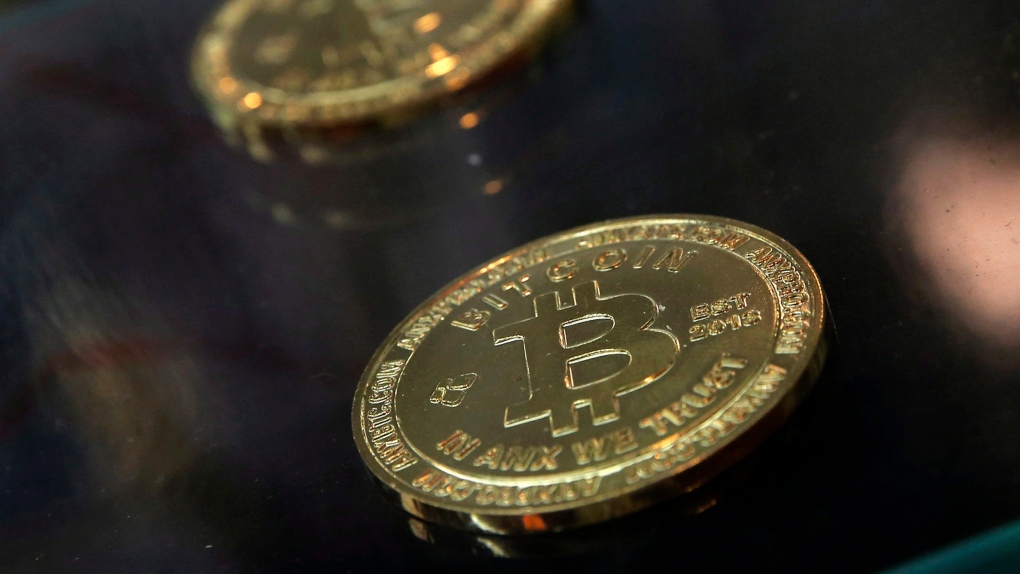 In this Dec. 8, 2017, file photo, coins are displayed next to a Bitcoin ATM in Hong Kong. (AP Photo/Kin Cheung, File)

HALIFAX -- A clearer picture is emerging of the young man at the centre of the mysterious demise of one of Canada's largest cryptocurrency exchanges.

Gerald Cotten, a Nova Scotia resident originally from Ontario, was 30 years old when he died suddenly while travelling in India on Dec. 9 -- leaving his virtual company, QuadrigaCX, without access to $180 million in Bitcoins and other digital assets.

His widow, Jennifer Robertson, has said in court documents that Cotten was the only person with access to his laptop, which is thought to contain the digital keys to the so-called cold wallets containing the missing cryptocurrency.

The circumstances surrounding Cotten's death -- and the way he conducted his business from the couple's home in Fall River, N.S. -- has led to a flurry of speculation and allegations in internet chat rooms, with some former QuadrigaCX users coming forward to raise questions about the $250 million in cash and cryptocurrency owed to 115,000 of them.

Cotten signed his will on Nov. 27, 2018 -- less than two weeks before he died at a private hospital in Jaipur, the capital and largest city in the northern Indian state of Rajasthan.

In an application to probate the will, filed on Dec. 21, 2018, Robertson confirmed that the gross value of Cotten's personal property -- all of which was left to her -- was $9.6 million. She was granted the right to administer his estate as executor on Jan. 2.

The will specifically states that Robertson was authorized to access his digital assets and "obtain, access, modify, delete and control (his) passwords and other electronic credentials."

Robertson, in an affidavit filed Jan. 31, said she was not involved in the business, and she insisted Cotten -- as QuadrigaCX's CEO and sole director -- was the only person with access to the private digital keys.

The will includes a few details about Cotten's assets, but those items are limited to a section dealing with property that would have been bequeathed to friends and relatives should Robertson die within 30 days of his death.

The list includes: a large home in Kelowna, B.C.; a property on Nova Scotia's western shore; an undeveloped property in Fall River, N.S.; a 2017 Lexus; an "airplane;" a 2015 Mini Cooper and a 50-foot Jeanneau 51 sailboat.

There was also a plan in place to provide $100,000 to Cotten's in-laws to help them cover the costs of caring for the couple's pet Chihuahuas, Nitro and Gully.

Court documents attached to the will include a statement of death from the J.A. Snow Funeral Home in Halifax, dated Dec. 12, which says Cotten died in Jaipur on Dec. 9. The cause of death is not listed.

In her affidavit, Robertson says she has been subjected to online threats, slanderous comments and speculation about Cotten's death, "including whether he is really dead."

Robertson said Cotten was diagnosed with Crohn's disease at the age of 24, about a year after he co-founded QuadrigaCX with his partner Mike Patryn.

She said Cotten died from complications linked to the disease, which disrupts digestion by causing inflammation of the bowels.

Fortis Escorts hospital in Jaipur issued a statement Thursday confirming that Cotten was admitted on Dec. 8, 2018, at 9:45 p.m. and died from a cardiac arrest at 7:26 p.m. the next night, according to CoinDesk, an online publication that tracks the cryptocurrency industry.

Cotten was in septic shock when he was admitted and suffered two cardiac arrests before he died, CoinDesk reported.

Meanwhile, industry critics have come forward to say the QuadrigaCX debacle has proven to be a major embarrassment for Canada's cryptocurrency industry, which includes more than a dozen exchanges across the country.

Some industry insiders have said provincial and federal officials should move quickly to do something about a business that is largely unregulated and has no independent oversight.

"As highlighted in recent CSA investor alerts and awareness campaigns over the past year, this means that key investor protections may not be in place," the agency said.

QuadrigaCX and its affiliated companies are registered in British Columbia, but it has no offices, no bank accounts and no employees, aside from a handful of contractors.

The B.C. Securities Commission issued a statement Thursday saying it has been aware of QuadrigaCX's operations since 2017. The agency said QuadrigaCX was not subject to regulation because it did not operate as a marketplace or exchange under B.C. securities laws.

"The BCSC ... (has) been urging investors to exercise caution with regard to crypto-assets," the agency said Thursday.

On Tuesday, the Nova Scotia Supreme Court granted QuadrigaCX protection from its creditors and a 30-day stay of proceedings to given the insolvent company time to find the missing currency and draft a plan to restructure or sell the business.