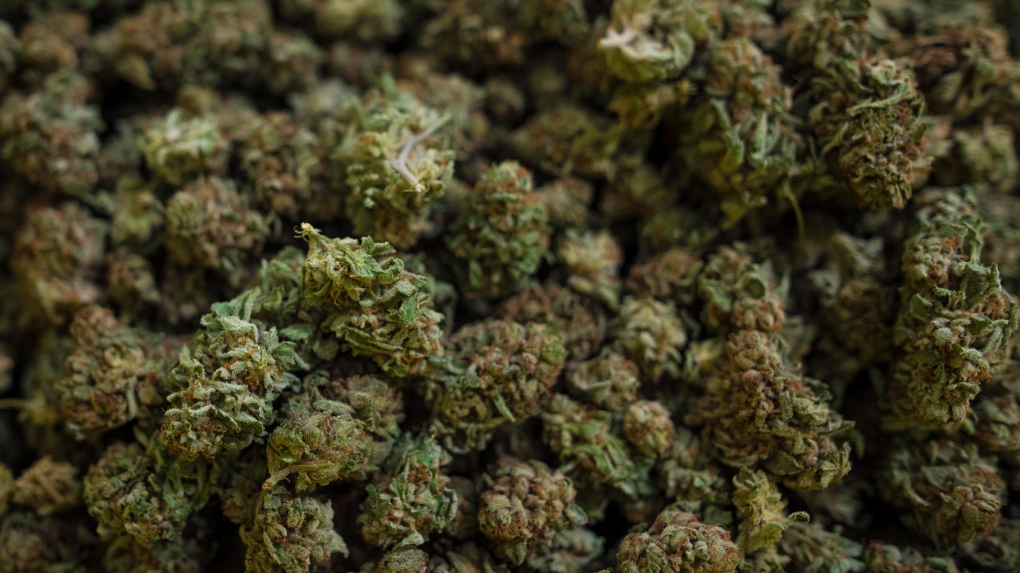 Cannabis harvested at the CannTrust Niagara Greenhouse Facility in Fenwick, Ont., is photographed on June 26, 2018. THE CANADIAN PRESS/ Tijana Martin

LOS ANGELES -- When it comes to investing in cannabis stocks, the marijuana bud's faded bloom has shown few signs of returning this year.

Cannabis stocks have had a harsh comedown as investors' enthusiasm about the prospects for strong growth and blockbuster company mergers has dimmed.

The ETFMG Alternative Harvest exchange traded fund, which focuses on cannabis stocks, is down 32.5% this year and off 40.1% from a year ago. Shares in some of the biggest marijuana companies, including Tilary, MedMen Enterprises and Aurora Cannabis, have fallen much further.

Several factors have combined this year to weigh down cannabis stocks.

In Canada, which legalized marijuana in October of 2018, sales have been stymied by government limits on the type of products with cannabis that retailers can sell. In addition, some provinces have been slower than others to allow the opening of marijuana stores. And the cheaper black market for marijuana also has siphoned sales from the licensed retailers.

"The big issue there has been an issue of oversupply," said Canaccord Genuity analyst Bobby Burleson. "This last earnings season you saw companies struggling from excess supply and shortfalls in demand."

Canada lifted its limitations on the types of cannabis products that companies can sell in October. Companies are expected to begin selling marijuana-infused food, beverages and other products that had been previously prohibited as early as this month. If there's a meaningful increase in sales, that could help push stocks higher.

Demand hasn't been an issue for companies that sell marijuana products in U.S. states where cannabis is legal in some form. What's been weighing on stocks is a stalled wave of big company mergers that many investors were banking on to drive shares higher.

The Department of Justice is still reviewing several proposed deals that were announced late last year and early this year for possible antitrust concerns.

Two companies involved in one of those mergers said last month that they had entered a 30-day waiting period after complying with a request for more information on the deal from the Department of Justice. That raised the possibility that regulators could be close to wrapping up their review of the all-stock deal, which was valued at the time of the announcement in April at $850 million.

The uncertain fate of that and other proposed mergers has put a chill on more deals this year.

In October, Los Angeles-based MedMen Enterprises backed out of its attempt to buy PharmaCann, a Chicago-based marijuana company. At the time, MedMen noted that the pullback in U.S. and Canadian cannabis stocks, which makes it tougher for public companies to raise money from stock sales, made it increasingly critical to allocate capital efficiently.

"A lack of access to capital has been a main issue this year in the U.S.," Burleson said. "When we get some sizable deals closing, that will be a positive catalyst for the U.S. players."

Government regulations remain hurdles for companies in the business of growing, distributing or selling cannabis.

A U.S. House committee approved a proposal to decriminalize and tax marijuana at the federal level last month. The news only gave pot stocks a momentary bump. It's unclear whether the measure will be taken up in the GOP-controlled Senate.

Still, industry analysts project the market for marijuana products will continue to grow over the next decade, which should bode well for cannabis stocks.

Burleson expects cannabis retail sales in legal U.S. state markets will climb from an estimated $12.9 billion this year to $31.3 billion in 2024. The forecast bakes in projections for sales in Illinois, which will begin allowing pot sales next month, and Michigan, which began doing so this week. It also assumes that Arizona, Florida and New York will pass adult-use pot laws within the next five years.

Last month, analysts at Cowen raised their sales forecast for the U.S. cannabis market over the next 10 years, citing higher levels of use among older consumers and improved public sentiment for legalization.

Cowen projects sales to hit $85 billion by 2030. It previously called for sales to reach $80 billion.

The forecast also anticipates the opening of more dispensaries, the rollout of new types of cannabis products and more overall demand.

"We see opportunities in the U.S. across both medical and adult use markets, as current levels of patient and user counts within multiple states suggest ample room for additional doors," Cowen analysts wrote. "We continue to see strong investor interest in the cannabis category despite recent stock price performance."