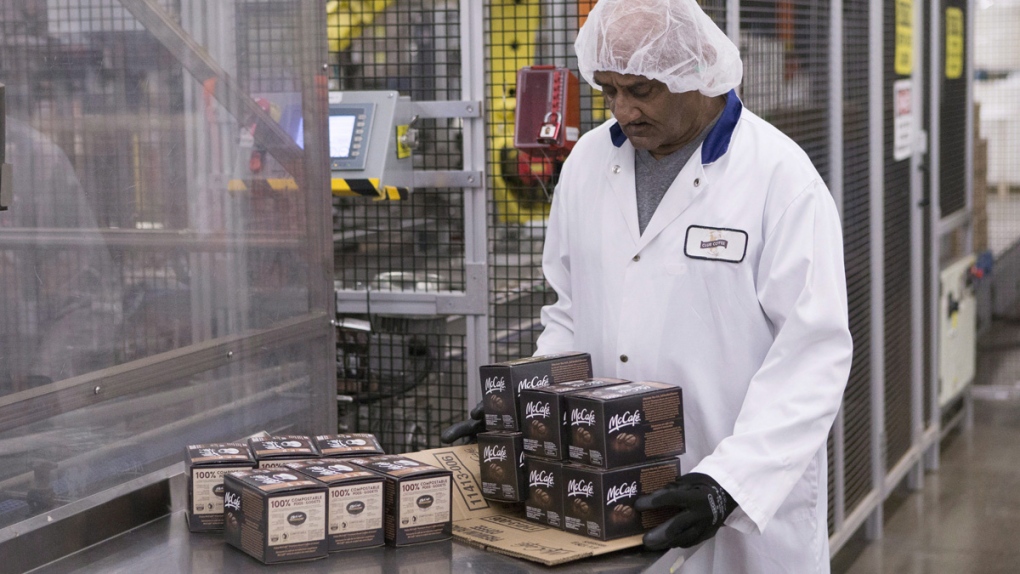 TORONTO -- Compostable coffee pods may be increasingly available on store shelves but some Canadian cities, including Toronto, say their waste systems aren't yet able to process biodegradable versions of the popular single-serve java products.

The pods and their environmental impact went under the spotlight this week as a Progressive Conservative politician in Ontario introduced a private member's bill that would, if passed, make it illegal to sell the products unless they are fully compostable. Retailers would get four years to take non-compostable pods off the market.

But despite the push for compostable versions of the product, some large municipal waste programs in Ontario say they have yet to approve eco-friendly coffee pods for their curbside composting programs.

"There is a difference between (being) laboratory-certified compostable and what municipal composting systems can achieve," said Jim McKay, general manager of solid waste management services for the City of Toronto.

City staff are testing the compatibility of coffee pods with their composting program and will report their findings in February next year, he said, but concerns about the ability of the system to handle the products remain.

Ottawa and Hamilton also do not accept compostable coffee pods in their curbside compost bin programs.

"The compostable coffee pods do not get completely decomposed during the duration of processing," Hamilton spokeswoman Clorinda Pagliari explained.

"Hamilton's (compost) facility is designed to process material for approximately 42 days. The pods do not decompose within this time frame and may present as contamination in the final product."

The Association of Municipalities of Ontario has also raised concerns about processing compostable pods, saying the products may not consistently and adequately decompose in every municipal system.

Those who use the pods, however, do think about what happens to the products when they're thrown out, said one industry analyst.

Canadians drink over five billion cups of coffee per year and the pods have become the most popular way to consume coffee at home, said Robert Carter, executive food service industry expert at the business analyst firm NPD Group.

"There's a huge volume of these single-serve pods going through the system, and the number one concern that consumers have in using these pods is their environmental impact," Carter said. "From an industry standpoint, (making them compostable) is the right thing to do."

The biggest challenge, however, is getting city waste services to be able to adequately deal with the products, Carter said.

"With passing this type of legislation, hopefully that will force the municipalities to start to accept these items when they are made of compostable material within their (compost) programs."

A Toronto company that produces biodegradable coffee pods for President's Choice, McDonald's and other major retailers said it has been testing its pods in the composting systems of various smaller Ontario municipalities.

Club Coffee said its pods, developed in partnership with researchers at Guelph University, are compatible with Keurig coffee machines and feature a lid made of paper and cornstarch, a "bio-resin" filter made mainly from cornstarch, and a resin ring made from plant products, like coffee bean husks left over from Club Coffee's roasting operation.

"Everything here is compostable, it's certified, we've trialed it in real world compost facilities and it breaks down," said the company's senior vice president of innovation, Claudio Gemmiti. "It is consistently good at breaking down wherever good compost is being made."

Club Coffee said it has "successfully tested" its pods in the composting systems for Muskoka, Orillia, Peel, Guelph and Niagara.

The company's pods have been approved for composting by the U.S.-based non-profit Biodegradable Products Institute, and are also accepted in household compost by the private waste management company that serves Seattle.

"Consumers adopted (coffee pods) quite quickly but realized there was an offset, which was the waste they were producing," Gemmiti said. "We felt that if we developed an innovative solution that helped to take care of the waste problem in a way that was intuitive and simple ... (consumers) are more likely to adopt it,"