Canada's income gap among fastest growing in the OECD 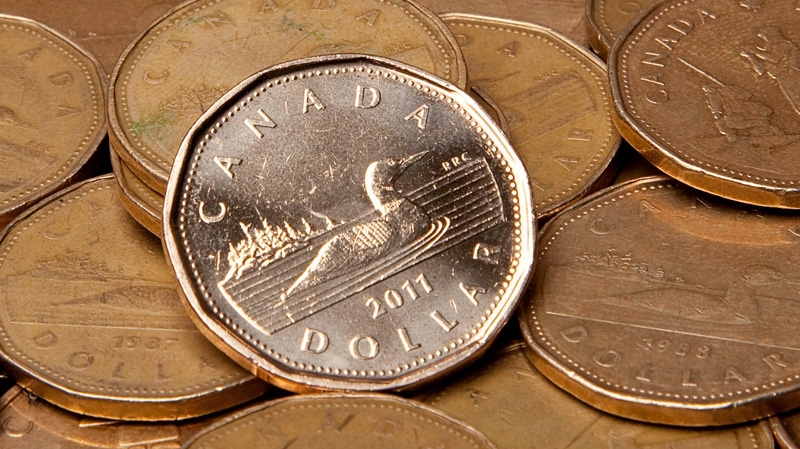 The Canadian dollar was down about two-thirds of a US cent Wednesday as the Bank of Canada said it was keeping its key rate unchanged at one per cent amid expectations of weaker than expected economic growth. (Jonathan Hayward / THE CANADIAN PRESS)

OTTAWA -- Canada is among the worst countries in the developed world in terms of the widening income gap between top earners and others in society, according to the Organization for Economic Co-operation and Development.

The analysis shows income inequality is on the rise in most developed economies, but the trend has particularly taken hold in the United States and Canada.

The OECD report shows the top one per cent of Canadian pre-tax income earners captured 37 per cent of the overall income growth between 1981 and 2012, and now swallow up 12.2 per cent of the country's income pie.

In the U.S., the top one percenters captured 47 per cent of income growth in the country during the period -- and now take in one-fifth of the country's pre-tax annual income.

This is why the majority of the population can't reconcile their countries' economic growth rate with improvements in their incomes, the report speculates

The growing income gap has become a major political issue in Canada, with both the Liberals and NDP likely to focus on the topic in next year's federal election. But the Harper government has downplayed the problem, pointing to other studies that show the Canadian middle class has done relatively well in the past decade.

The apparent disconnect is that most of the growing disparity in Canada occurred mostly in the 1980s and 1990s, whereas the last decade or so has seen the gap narrow or remain static.

McMaster University economics professor Michael Veall, who has done extensive work on the so-called top one per cent, attributes the recent stall in the growth of disparity to the dotcom bust in the early 2000s and the 2008-09 economic crash -- two crises that sharply impacted investment incomes.

The OECD also acknowledges the effect on top earners from the recent economic crisis, but says by 2010 real incomes among the top group had increased by four per cent while for the lower 90 per cent incomes were stagnant.

The OECD, whose 34 member countries are among the world's wealthiest, warns the problem will worse unless steps are taken to ensure top earners pay their fair share of taxes.

"Without concerted policy action, the gap between the rich and poor is likely to grow even wider in the years ahead," predicted OECD Secretary-General Angel Gurria. He notes that in almost all OECD countries, governments have substantially cut top personal tax rates in the past three decades.

As a result, the OECD is calling for a rollback in those tax rate cuts, as well as abolishing or scaling back on a wide range of tax regulations that disproportionately go to top earners, including on stock options, fringe benefits and income from capital and investment.

The OECD report shows Canada is near the top of the heap in terms of both growth in income disparity over the past three decades and in absolute terms.

With the one percenters capturing 12.2 per cent of the income pie in 2012, Canada ranks only behind the United States (20 per cent), Great Britain (12.9 per cent), and Germany (12.7 per cent) in terms of income disparity among the 18 relatively rich countries compared.

The biggest growth in disparity over the past three decades occurred in Norway, Sweden and Finland, where the percentage increase in income captured by the top group rose by about 70 per cent. Still, the three countries continue to rank among the most egalitarian -- by 2012, the top one percenters constituted only seven or eight per cent of total national income.

The data also suggests there is little correlation between income disparity and economic performance.

Countries with high levels of inequality, such as the U.S., Germany and Canada, have been among the strongest performers over the past 30 years. But so have low-disparity economies, such as the Scandinavian countries.

Meanwhile, several struggling economies -- such as Spain, France and Italy -- boast relatively low levels of income growth disparity between the top one per cent and the rest.