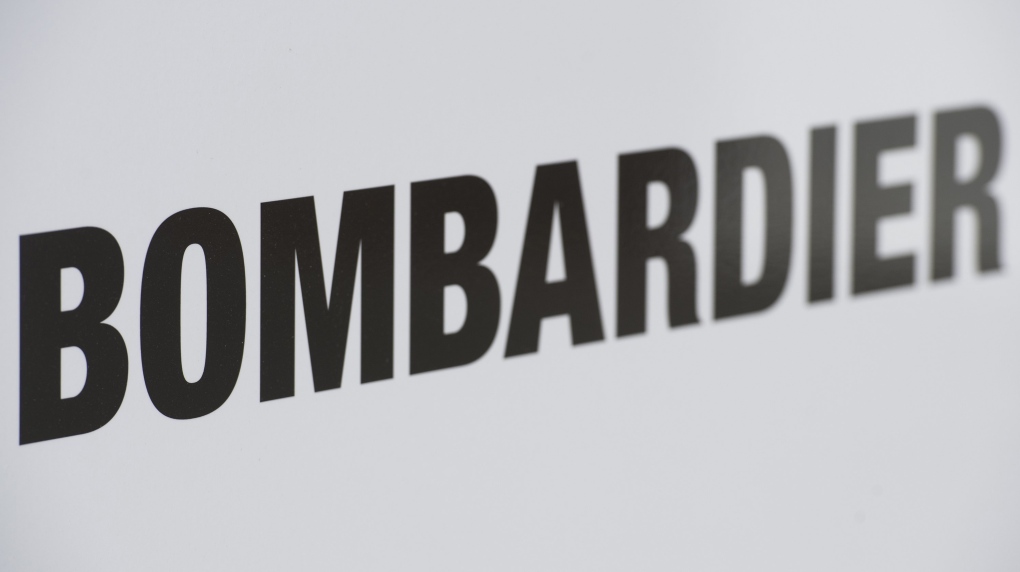 A Bombardier logo is shown at a Bombardier assembly plant in Mirabel, Que., Friday, October 26, 2018. (THE CANADIAN PRESS/Graham Hughes)

MONTREAL -- Bombardier Inc. is facing a possible ban from World Bank-financed projects after it received a show-cause letter related to a rail equipment deal plagued by corruption allegations.

The letter, first reported by the Globe and Mail, is the latest development in an ongoing investigation into a roughly US$340-million contract awarded to a Bombardier-led consortium in 2013 to supply signalling equipment for a 500-kilometre section of a rail corridor connecting Asia and Europe via Azerbaijan.

A show-cause letter, which came from the bank's Integrity Vice Presidency, typically requires a company or individual to make their case as to why disciplinary action should not be taken after alleged wrongdoing.

Bombardier said that "we strongly disagree with the allegations and preliminary conclusions contained in the letter," which includes accusations the company delayed or obstructed the audit.

"It must be kept in mind that the show-cause letter does not represent formal accusations, but rather sets forth the World Bank's preliminary findings," Bombardier said in an email Friday.

The World Bank said it "takes allegations of fraud and corruption in its projects very seriously," but declined to comment on the ongoing probe.

Asked about the allegations at an event in Edmonton on Friday, Prime Minister Justin Trudeau expressed confidence in the audit process.

"Obviously any time allegations like this are made there is cause for concern particularly around potential job impacts. But once again I have faith in independent processes and indeed in the World Bank to do its job responsibly," he said.

In one of the country's biggest corruption cases to date, Sweden appealed in 2017 the acquittal of a Russian employee in Bombardier's Swedish branch for aggravated bribery involving the Azerbaijan Railway Authority. The train maker says in its latest annual information form that an appeal trial is expected next year.

The bulk of the Azerbaijan project received funding from the World Bank, which could blacklist Bombardier from projects it backs.

The financial institution offers loans for infrastructure projects in developing countries, including India and Brazil, where Bombardier is staking part of its fortune through its rail unit, the company's biggest revenue generator.

Bombardier isn't the first Canadian company to face World Bank scrutiny -- or censure. After revelations of bribes to win contracts in Asia, the bank barred SNC-Lavalin Group Inc.'s international subsidiary in 2013 from bidding on any construction project bankrolled by the lender for up to 10 years.