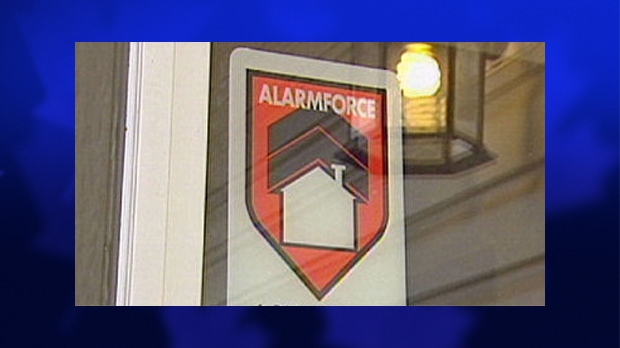 TORONTO -- BCE and Bell Canada formally closed their $182-million purchase of AlarmForce Industries on Friday, and immediately announced that the home monitoring company's western operations and client base will be sold to Telus Corp.

Vancouver-based Telus (TSX:T) will pay about $66.5 million for about 39,000 customer accounts in British Columbia, Alberta and Saskatchewan -- nearly 40 per cent of the total AlarmForce customer base in Canada.

That's equivalent to what Bell paid, per subscriber, to acquire Toronto-based AlarmForce and its 100,000 customers.

Bell said AlarmForce customers -- who pay monthly service fees -- won't see an immediate change and that Bell will work with Telus to ensure a smooth transition for the AlarmForce subscribers in the three western provinces.

"For the time being, I would say that it's going to be status quo for quite some time," Rizwan Jamal, president of Bell Residential and Small Business, said in an interview.

But eventually, he said, AlarmForce's existing customers in the Bell territory will benefit from its investments in new, innovative services as well as the ability to bundle home monitoring with other services, particularly internet.

"There is a good synergy between internet and the connected home," Jamal said.

"We continue to invest in our internet network and we're making big investments in fibre (optic networks). We think this goes hand-in-hand with the connected home of the future."

He said Bell has "taken a couple of cracks" at the home monitoring business in the past but the timing is better now.

"We really believe that monitoring is going to be an anchor of the solutions that we're going to offer in the connected home. We feel (AlarmForce) is going to accelerate our position in that market," Jamal said.

"And I think that's ultimately why communications service providers across Canada are obviously striving for more ownership and investment in these services," Taylor said. "More devices (means) more revenue, really."

She added that the connected-home services will help telephone, cable and wireless companies to retain their subscribers and help differentiate themselves from their competitors.

Rogers got into the home security business in Ontario years ago and the AlarmForce acquisition is seen as a way for Bell Canada -- its competitor in many industry segments -- to become a more significant player.

Jamal said BCE (TSX:BCE) was willing to sell such a large chunk of the AlarmForce customer base to Telus -- a key rival in wireless networks -- because most of Bell's landline residential customer base is east of Saskatchewan.

Telus -- which has the majority of its residential lines in Alberta and British Columbia -- has been quicker to push its home security services than Shaw Communications (TSX:SJR.B), its biggest competitor in the home market.

"Telus has piloted technology in this space for a few years as part of our expanding home solutions services beyond internet, TV, and home phone as more products and services are connected to our network," the company said in an emailed statement.