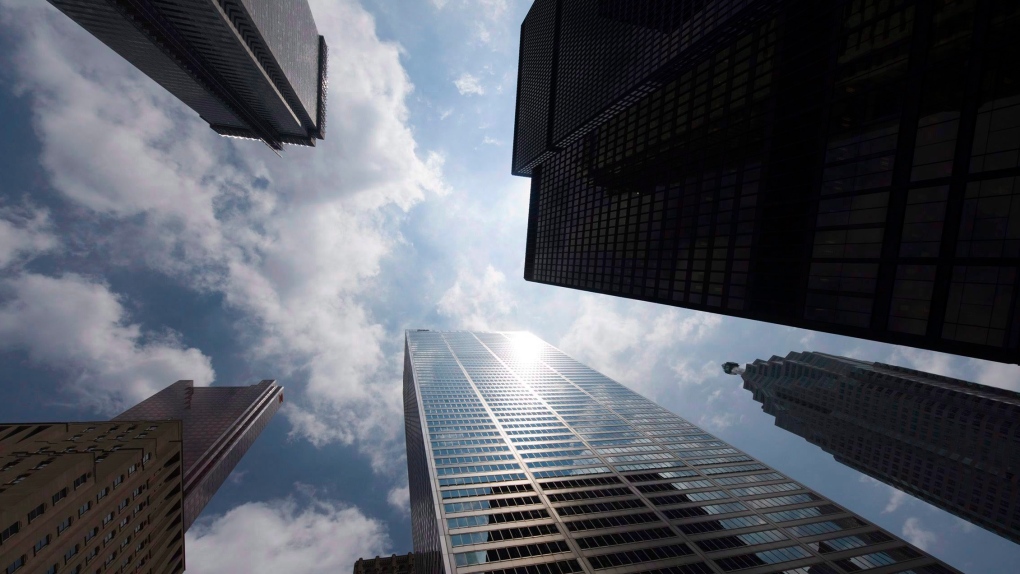 TORONTO -- Mortgage and loan deferral programs rolled out by banks amid COVID-19 are bound to contribute to drops in revenue and spikes in provisions for credit losses in their second quarters, analysts say.

"Some of those borrowers, once that referral program expires, could potentially default on their mortgage payments or their loan payments... so it's certainly going to be an interesting story for Q2."

The quarter will be the country's first peek at how shutting down businesses and demanding people stay home has impacted bank coffers because the earnings period encompasses the early days of Canada's COVID-19 restrictions.

TD provided a glimpse of how the quarter could play out for banks when it recently revealed that it expects a large provision for credit losses in its U.S. business and will allocate $1.1 billion for U.S. loans it may never see repaid.

Gabriel Dechaine, an analyst at National Bank Financial, predicts that provisions for credit losses will reach roughly 1.09 per cent of total loans in the quarter, but in his earnings preview note said "we believe there are tactical reasons for banks to make provisions as conservative as they can."

Earnings per share will plunge 42 per cent year over year, he says.

Meanwhile, Colangelo believes banks will report lower revenues compared to the previous quarter and even last year because of pandemic-related pressures.

Barclays analyst John Aiken is expecting COVID-19's impact on banks to be "ugly."

"The big story this quarter, and really almost the only thing that anyone's going to be looking at is going to be the charges they take on their own books," he said.

He believes the commercial businesses banks run stand to be hit harder than their personal offerings and is most concerned about Bank of Montreal because it has been focused on commercial lending.

"BMO historically has had very strong credit numbers and if history holds they're not going to take as much losses on the commercial book as the Canadian peer group and the US peer group, but because they're overindexed it means that it almost doesn't matter," said Aiken.

"They're going to take more losses on an absolute basis than the rest of the group because of the exposure."

Dechaine has worries about CIBC.

"At 55 per cent of total loans, (CIBC)'s exposure to Canadian mortgages and home equity line of credits is well above the 43 per cent group average," he said in his note.

"As such, the bank is likely viewed as the one facing the biggest questions regarding how delinquencies and impairments in the mortgage book evolve after periods of payment deferrals lapse."

Aiken is not anticipating a spike in impaired loans this quarter because he said stimulus from the federal and provincial governments have kept many away from filing for bankruptcy, but that relief won't last forever.

When it runs out and bankruptcies rise, it could be problematic for banks, he said.

"The regime that the Canadian banks are under right now forces the banks, when there's a change in economic outlook, to put money away for these bad loans and so what we're going to see is a spike in charges against bad loans, which will definitely impair profitability, but it'll be in context where their loan book still looks solid," he said.

He thinks an increase in bad loans is likely to occur in the third or fourth quarter.

Colangelo believes the banking environment will continue to be "pressured," making the rest of the year much more "muted" in comparison to analyst outlooks at the start of 2020.

"So maybe not as bad as what we might see in Q2 but certainly, depending on how long and deep the impact is from the pandemic, we could see some weaker results from the banks in the balance of the year as well."

This report by The Canadian Press was first published May 20, 2020

Can you get COVID-19 through the ventilation in your home?

How Canadian graduates are celebrating despite COVID-19

Working from home? How to make your makeshift office more ergonomic

Quebec to allow outdoor gatherings of 10 people from 3 households

Can my kids go to overnight camp? Depends where it is

Kanesatake Mohawks outside of Montreal demand their territory remains closed