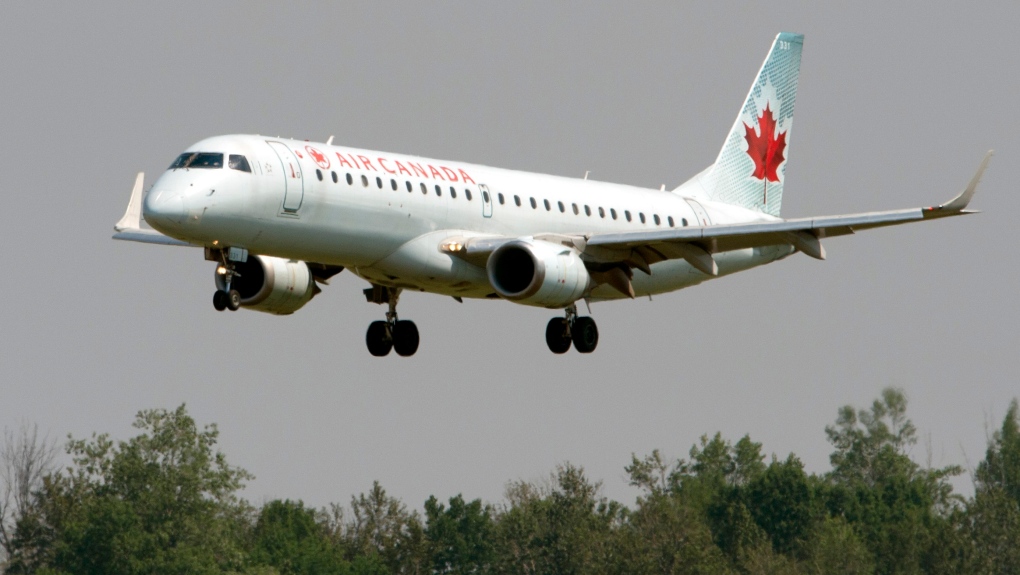 An Air Canada flight makes its final approach as it lands in Ottawa on July 3, 2019. (THE CANADIAN PRESS/Adrian Wyld)

MONTREAL -- The Federal Court has ordered Air Canada to pay a total of $21,000 to two francophones for repeated violations of their language rights, including seatbelts on which the instruction to "lift" the buckle was marked only in English.

Michel Thibodeau and Lynda Thibodeau filed 22 complaints in 2016 with the commissioner of official languages for alleged offences under the Official Languages Act.

The pair complained that planes' emergency exit door signs were either in English only, or the English words were in larger font than the French ones. They noted seatbelts were engraved with the word "lift" with no French-language equivalent.

And they complained that a French-language boarding announcement made at the airport in Fredericton was not as detailed as the English-language one. The two say Air Canada systematically violated the linguistic rights of francophones.

The airline argued the Thibodeaus were interpreting the Official Languages Act too strictly. The airline said the law doesn't require it to treat the two languages identically, but in a substantially similar way.

On the issue of the seatbelt, it was the manufacturer's decision to mark the word "lift," Air Canada said, noting that a fully bilingual message on how to use a seatbelt is delivered before takeoff.

Federal Court Justice Martine St-Louis disagreed. She ordered the airline to write letters of apology to both complainants and to pay them damages totalling $21,000.

The Thibodeaus have complained about Air Canada's language act violations before.

Their last legal case against the airline went to the Supreme Court of Canada. The two lost, however, after the country's highest court ruled Air Canada didn't have to respect the language laws on international flights.