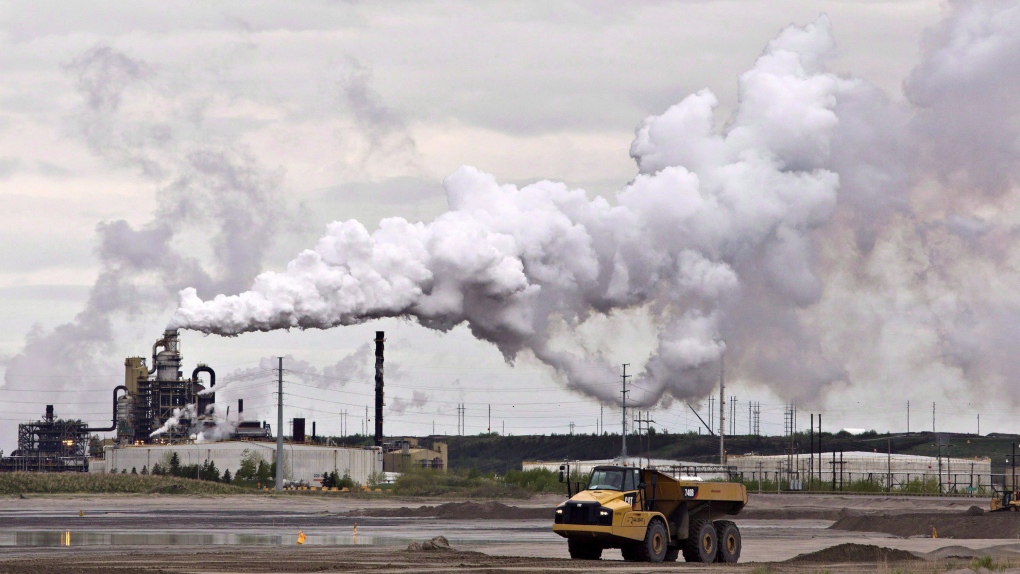 A dump truck works near the Syncrude oil sands extraction facility near the city of Fort McMurray, Alta., on June 1, 2014. (THE CANADIAN PRESS/Jason Franson)

CALGARY -- Alberta lost more jobs last year than in any year since 1982, when the province was in the throes of a deep recession, Statistics Canada said Tuesday.

The government agency released revised figures showing that Alberta had a net loss of 19,600 jobs in 2015, up from the 14,600 job losses it estimated in early January. 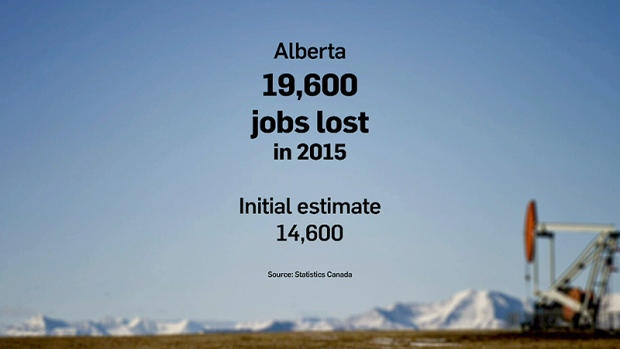 That was much higher than the 17,200 jobs lost in 2009 and the most since 1982, when the province shed 45,000 jobs. At that time, the province was reeling from a recession and the federally-imposed national energy program, ending the year with an unemployment rate of 10.3 per cent.

The figures put into stark relief the damage falling oil prices have left on the province's economy, which has seen mass layoffs across the energy sector with an estimated 40,000 jobs lost.

At the beginning of last year, crude prices were near the US$53 mark. They closed Tuesday at US$31.45 a barrel.

The job loss numbers are also a stark contrast to 2014, when Alberta added 63,700 positions -- more than half of all jobs created in Canada that year.

"Alberta is, in effect, ground zero when it comes to absorbing a commodity price shock," National Bank said in a note to clients last week. "More than any province, it will take the brunt of the expected drop-off in business investment."

Last year saw the province's unemployment rate steadily climb from 4.8 per cent to seven per cent as the anticipated recovery in oil prices failed to materialize.

But ATB Financial is forecasting that to edge up to 7.2 per cent and the economy to shrink by 0.5 per cent this year.

In a research note published Tuesday, TD Bank said it expects unemployment in the province heading towards 7.5 per cent by mid-year before some of the oil price shock wears off in the second half of the year.

"This will set the stage for a return to modest growth -- and a tapering off in the sharp upward trend in jobless rates -- in Alberta and Saskatchewan," the bank said.


(Source: Statistics Canada. The Fort McMurray numbers are for the region of Wood Buffalo—Cold Lake, which includes Fort McMurray, and are not seasonally adjusted).