Over the past few years, Alberta has enjoyed unemployment rates significantly lower than the Canadian average. But as the price of oil plunges, the province's job market is being dragged down with it. By the end of 2015, Alberta's unemployment rate was right on par with the rest of the country.

And as you can see from clicking on the chart above, areas with economies that depend on oil -- like Fort McMurray -- are being hit the hardest. (Note: The Fort McMurray numbers are for the region of Wood Buffalo—Cold Lake, which includes Fort McMurray, and are not seasonally adjusted).


Up until 2014, Alberta had enjoyed a decade of strong growth, as the chart above shows. In terms of population, workforce, gross domestic product and merchandise exports, the province grew significantly more than Canada did on average.

The chart below, however, paints a different picture for Alberta between 2014 and 2015. While its population and workforce has continued to grow, its GDP and its merchandise exports have all taken a significant hit. 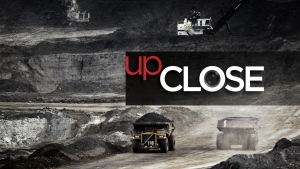 10:15 AM ET: The impact of the oil crisis on Fort McMurray