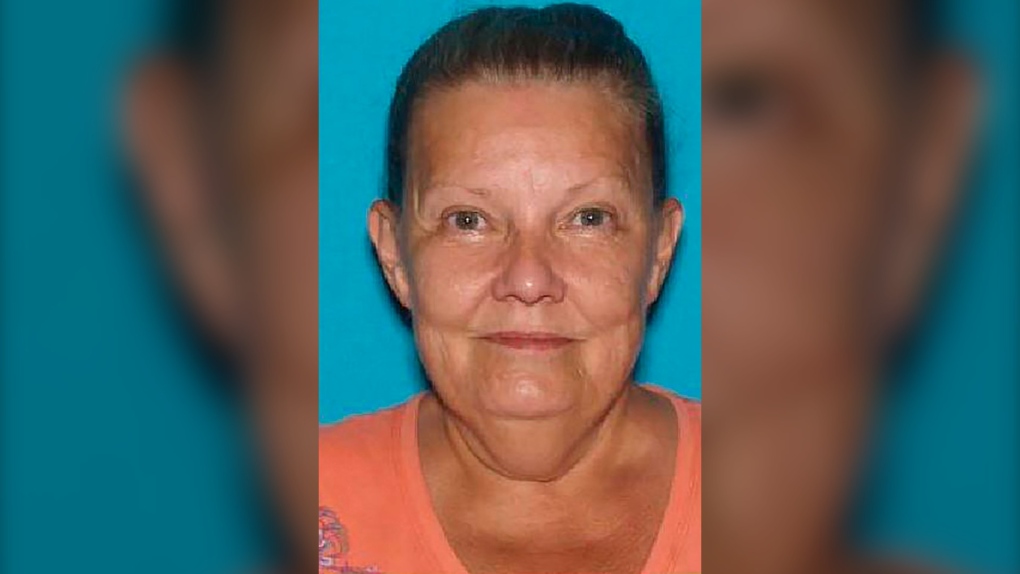 KANSAS CITY, Mo. -- A Missouri woman whose husband's body was found in a freezer denied him medical care as he battled terminal illness and blocked police and social workers from entering the home, fearing a doctor would take his brain for research, according to records obtained by The Associated Press.

Jimenez said there is no evidence to support Watters' concerns that the department was helping a doctor who she suspected wanted the brain of her husband, Paul Barton, after he died.

The abandonment charge, which is punishable by up to four years in prison, was filed after a witness told police that Barton had died on Dec. 30, 2018, and that his body had been in her freezer in his wife's bedroom ever since, the affidavit said. Police, who contacted the witness while investigating an unrelated arson in the neighbourhood, say an autopsy found no signs of foul play in his death. Neither the witness nor the witness' relationship to the couple has been released.

Watters was freed Thursday on house arrest. Her attorney, Cobb Young, said that although she didn't immediately report Barton's death, the statute requires that the body be abandoned, and in this case, the body remained in the home. Young declined to comment on the reports that police and state officials had responded repeatedly to the home. "I have no knowledge of any of that," he said.

Police documents show that two Missouri Department of Health and Senior Services employees went to the couple's home in June 2018 after receiving a report that Watters was prohibiting Barton from receiving care. The visit appears to be related to a voice message she left with a Joplin police officer in which she alleged that she had fired a Joplin doctor for what she described as medical malpractice and violating federal criminal law. The doctor cited in the report didn't immediately return a phone message.

Although she didn't allow the state workers or police to enter the home, she wheeled Barton to the door so they could see him. The officer said that Barton looked "frail and sickly" but appeared to be breathing on his own and had no major bruising to suggest an assault.

"Watters stated Barton was barely able to walk, could not speak, and could only answer yes and no questions with head nods," the police report said.

State workers expressed concerns that Watters wouldn't let them talk to Barton about his care outside her presence. The officer asked her to allow Barton to come outside to the front porch, but she declined, "stating that she did not want to get beat up," and asked them to leave.

The officer said there weren't grounds to enter the home because Barton didn't appear to be in danger. An officer described the incident in a report as elder abuse and obstruction/resisting, although Jasper County prosecuting attorney Theresa Kenney said the charge that police submitted was interference with medical assistance.

Several well-being checks followed at the couple's home, including one in which police left after no one answered the door and were unable to see inside because there was aluminum foil on most of the windows. But when police returned in July, they were able to speak alone with Barton, who said he wasn't interested in seeking treatment at a Kansas hospital but wanted to see a doctor. Police described him as appearing clean and well cared for. Watters confirmed that she would like to get Barton to see a doctor but was concerned.

"She kept making mention of Paul's body being used for research," the report said. "She said they did not want his body to be taken apart. Barbara said due to them refusing to consent to research, they were having a hard time finding a doctor to help them."

After that prosecutors declined to file charges, the report shows.

On Aug. 9, 2018, a woman who worked at a law firm told police that Watters had called the attorney's office advising that someone had taken Barton for brain and spine harvesting and that Senior Services were involved. Two days later, Watters told police that she feared the department was helping a doctor who was taking care of her husband and wanted his brain for research, according to a report.

In October 2018, Watters called to report that a homeless woman had assaulted her. Arriving officers spoke to the woman, who said that no assault had occurred, but that Watters had forced her to leave the home, where she was being paid to care for Barton. The woman said that Watters had been abusing Barton verbally and physically, leaving him on the toilet for 12 hours at a time, taking away his only means of communications as a punishment and calling him a child molester. The officer said an elder abuse hotline was contacted. It wasn't immediately clear what was done. No charges were submitted to prosecutors as a result, Kenney said.

The Missouri Department of Health and Senior Services is barred from confirming or discussing investigations, said Jessica Bax, the agency's director of the division of senior and disability services. She added that adult protective services workers don't have the same authority to intervene as child welfare workers.

Brandon West, a neighbour, said the couple mainly kept to themselves, and that Barton was rarely outside, so he didn't notice that he was missing.

"They weren't crazy people," he said. "She seemed normal when I talked to her. She seemed like an elderly lady living her life."