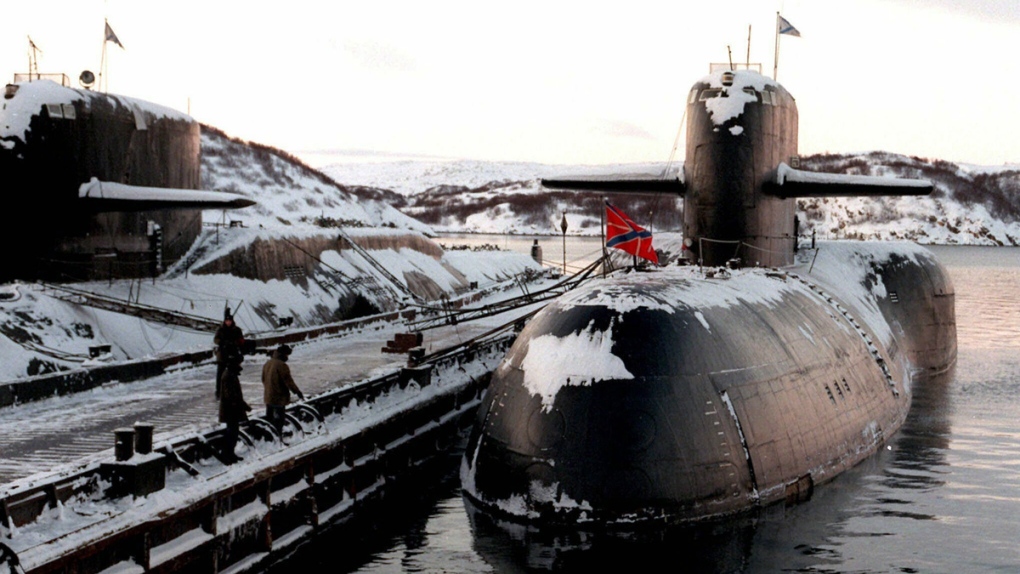 FILE - In this file photo taken on Jan. 1, 1998, decommissioned Russian nuclear submarines are shown in their Arctic base of Severomorsk, the Kola Peninsula, Russia. (AP)

Russian officials previously declined to release any details of the vessel, citing its secret mission.

Putin met Thursday with Defence Minister Sergei Shoigu, who had returned from the Navy's Arctic base of Severomorsk, and asked him about the submersible's nuclear reactor. Shoigu said the reactor is "completely isolated now" and it is "in full working order."

The blaze erupted at the vessel's battery compartment and spread, Shoigu said in televised remarks. The Defence Ministry earlier said 14 people have been killed and that there was an undisclosed number of survivors.

Details remained scarce about the fire and the ship, which was on a mission to measure sea depths in Russia's territorial waters in the Barents Sea.

The ministry didn't name the vessel, but Russian media reported it was the country's most secret submersible, a nuclear-powered research submarine called the Losharik intended for sensitive missions at great depths.

Hundreds of sailors gathered on Thursday at Russia's main naval cathedral on an island in the Gulf of Finland just off St. Petersburg to mourn the deaths of the sailors. The seamen and the priests who formerly served in the navy lit candles and took part in the prayer at the Kronshtadt Navy Cathedral.