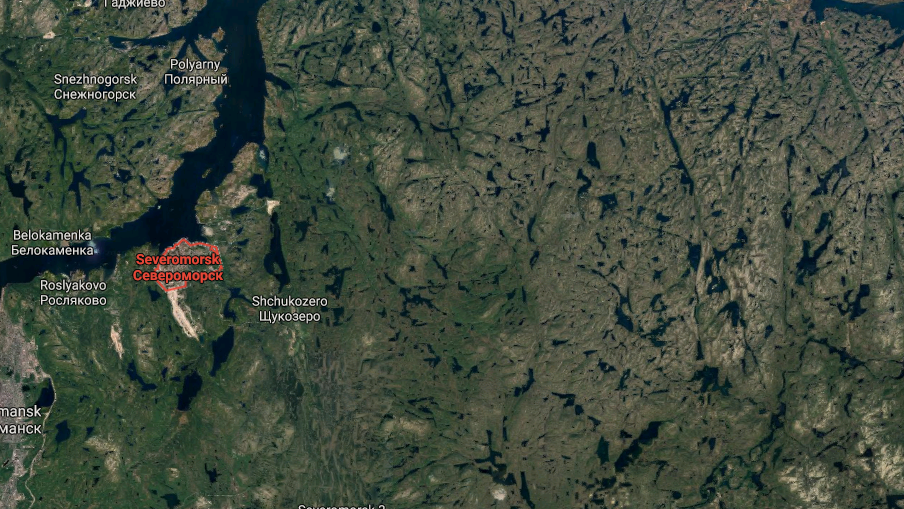 MOSCOW -- Fire broke out on one of the Russian navy's deep-sea research submersibles, and toxic fumes from the blaze killed 14 sailors aboard, Russia's Defence Ministry said Tuesday, although it released few details about the disaster or the vessel involved.

The Defence Ministry did not say how many sailors were aboard the vessel during Monday's fire, whether there were any survivors or if it was submerged at the time. But Russian media reported it was the country's most secret submersible, a nuclear-powered vessel designed for sensitive missions at great depths.

President Vladimir Putin, who came under criticism for his handling of the Kursk nuclear submarine disaster in 2000 that killed 118 sailors, cancelled a scheduled appearance and immediately summoned Defence Minister Sergei Shoigu for a briefing on the blaze, which was under investigation.

"Fourteen submariners have died of poisoning by fumes from the fire," Shoigu told Putin during a televised meeting. "The fire was extinguished thanks to the crew's resolute action."

Putin ordered Shoigu to fly to the Arctic port of Severomorsk, the main base for Russia's Northern Fleet where the vessel was brought, to oversee the investigation and report back to him personally.

"It's a huge loss for the navy," Putin said. "I offer my sincere condolences to the families of the victims."

He added that the vessel had a special mission and an elite crew.

"It's isn't a regular vessel. It's a research vessel with a highly professional crew," Putin said, adding that seven of the dead had the rank of captain and two were awarded the nation's highest medal, the Hero of Russia.

The fire occurred while the submersible was measuring sea depths in Russia's territorial waters, the ministry said, adding that the vessel also is used for studying the seabed.

Russia's RBC online news outlet and the Novaya Gazeta newspaper identified it as the nuclear-powered AS-12 Losharik.

The vessel is the most advanced Russian submersible, under a heavy veil of secrecy, and it is believed to have entered service in 2010. It is named after a Soviet-era animated cartoon horse that is made up of small spheres.

The name is apparently derives from the unique design of its interior hull, which is made of titanium spheres capable of withstanding high pressure at great depths.

In 2012, the Losharik was involved in research intended to prove Russia's claim on the vast Arctic seabed. It collected samples from the depth of 2,500 metres (8,202 feet), according to official statements at the time. Regular submarines can typically dive to depths of up to 600 metres (2,000 feet).

Some observers speculated the Losharik was even capable of going as deep as 6,000 metres (19,685 feet), but the claims couldn't be independently confirmed. Analysts suggested that one of its possible missions could be disrupting communication cables on the seabed.

The Losharik is carried under the hull of a mother submarine, the nuclear-powered Orenburg, and reportedly has a crew of 25, all of them officers.

Russian news reports said that while the Losharik officially belongs to the Northern Fleet, it answers directly to the Defence Ministry's Department for Deep-Sea Research, reflecting the high sensitivity of its missions.

The vessel has been surrounded by tight secrecy, but in 2015, it was accidentally caught on camera by a photographer from a motoring magazine doing a photo session on the White Sea coast.

Igor Britanov, who commanded the Soviet K-219 nuclear submarine that suffered an explosion in one of its missile tubes in 1986 that killed four of its crew, was quoted as saying by Severpost news outlet that Monday's blaze could have been caused by a short circuit or a flammable liquid getting into an air filter -- the two most common causes of submarine fires.

The Russian navy also uses simpler Priz-class and Bester-class deep water vehicles, which have a hull built of titanium and are capable of operating at a depth of 1,000 metres (3,281 feet). The small vehicles have a crew of two and are primarily intended for rescuing submariners in case of incidents. Such vessels are transported to the area of operation by a carrier vessel and can operate autonomously for up to 120 hours.

The blaze marks the most serious Russian naval disaster since 2008, when 20 crewmembers died aboard the nuclear-powered Nerpa submarine in the Pacific Fleet after a firefighting system was accidentally initiated while it was undergoing sea trials.

The accident involving the Kursk was the worst naval disaster in post-Soviet Russia. It occurred on Aug. 12, 2000, when the nuclear submarine exploded and sank during manoeuvrs in the Barents Sea, killing all 118 crewmembers. Putin, who was in his first year of his presidency, came under heavy criticism at the time when he failed to immediately interrupt his vacation to take charge of the disaster.

This version corrects the name of the mother submarine that carries the Losharik to Orenburg, not Belgorod.