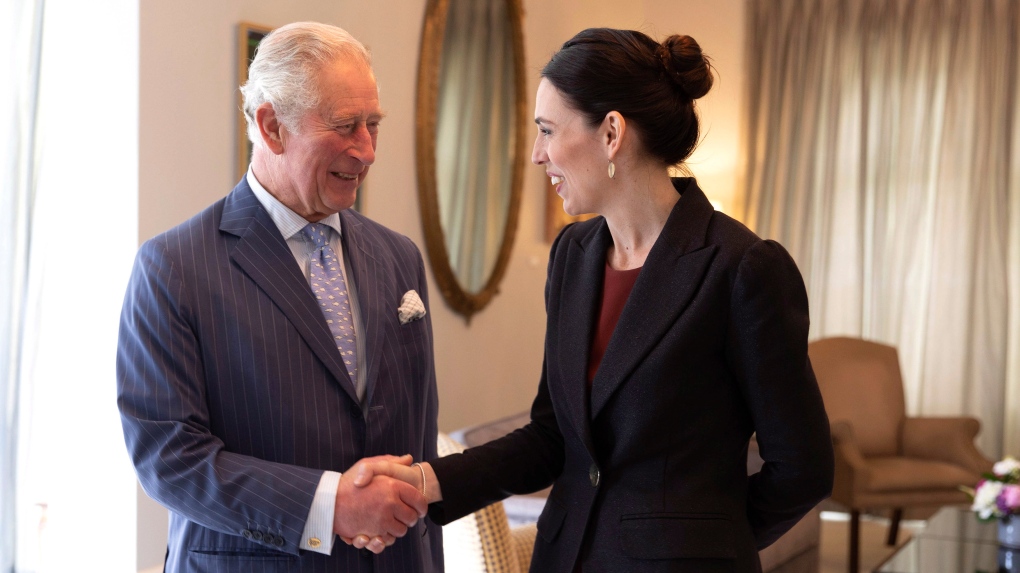 The heir apparent to the British throne and the Duchess of Cornwall were on the third day of a weeklong trip to New Zealand.

Ardern had said she expected to talk with the prince about his interest in helping young people fulfil their potential and about New Zealand's environmental work, including plans to plant 1 billion trees over 10 years.

Asked by reporters if she would talk about the future role of the monarchy in New Zealand, Ardern said she'd never discussed that with any members of the royal family.

Ardern said she also doubted "very much" she'd talk with Charles about his brother Prince Andrew's recent television interview about his ties with convicted sex offender Jeffrey Epstein or the rumours of rift between his sons Prince William and Prince Harry.

"I think you'll find that actually we have really substantial conversations rather than ones based on gossip," Ardern said.

The couple stopped for a quick chat with people who had come to see them and met members of the Team New Zealand yacht team. They also held the America's Cup yachting trophy.

It's the couple's third joint visit to New Zealand and their first in four years.

On Wednesday, they plan to visit the historic Waitangi Treaty Grounds, where the nation's founding document was signed. It will be the first visit there by a member of the British royal family in 25 years.

On Friday, the couple plan to visit the city of Christchurch, where 51 Muslim worshippers were killed during a March massacre and rebuilding continues after a deadly 2011 earthquake.